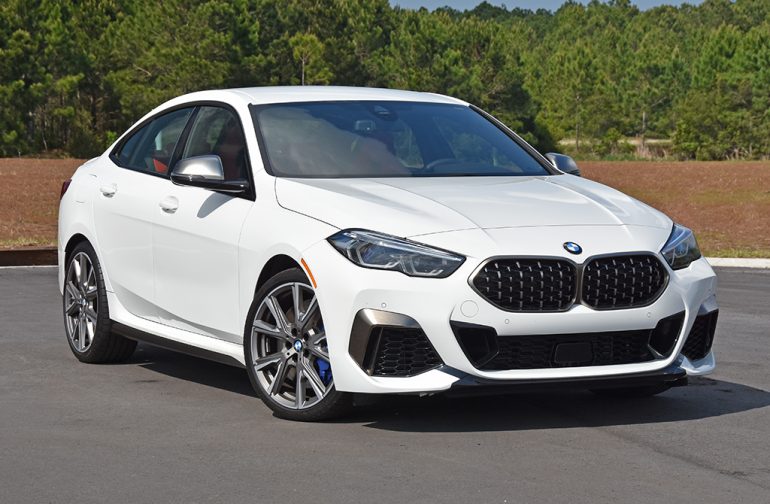 German luxury automakers have seemingly had a goal over many recent years to flood their vehicle lineup with several vehicles that blanket just about every luxury segment there is. BMW, for one, is one of the few to have so many vehicle types, it’s rather confusing even for hardcore automotive enthusiasts who keep up-to-date with the latest and greatest vehicle to hit dealership lots. This week, I get a hold of another vehicle that highlights a unique vehicle segment that no one really asked for, one found in the new 2020 BMW M235i Gran Coupe.

>> Get the best price on the BMW 2 Series from a network of local dealers now. <<

Powered by a 2.0-liter turbocharged 4-cylinder engine with a respected 301-horsepower and 332 lb-ft of torque, the M235i Gran Coupe is a “performer” on paper. Moreover, the M235i Gran Coupe, not being a full-fledged M vehicle and more along the lines of a core model with a full M-Sports package and the proper tuning, falls just short of being spectacular. 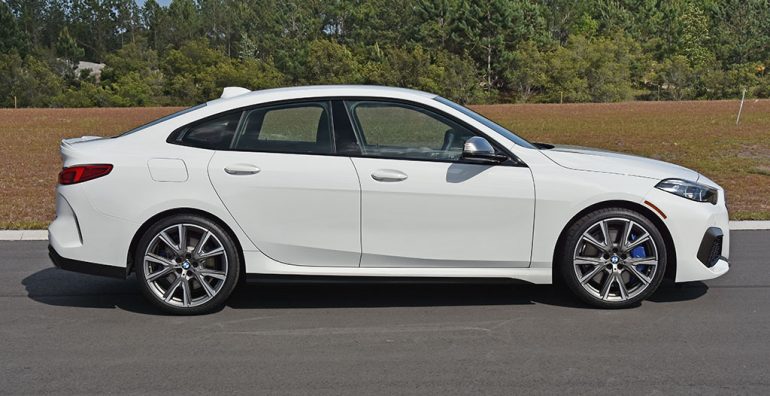 Overall, performance in the M235i Gran Coupe is decent, but it doesn’t thrill the way the rear-wheel-drive M2 does. The coupe-like styling of the M235i Gran Coupe SEDAN adds a unique character, and the sporty elements of the M-bits of the formula only do so much to inject enthusiasm out of the compact package. I will say, the power from the turbocharged 4-cylinder, BMW’s most powerful 4-cylinder – if that means anything to you – gets the job done out on public roads and the dynamics from the solid chassis of the M235i Gran Coupe do well to hide its hefty-for-its-size 3,600-pound curb weight. 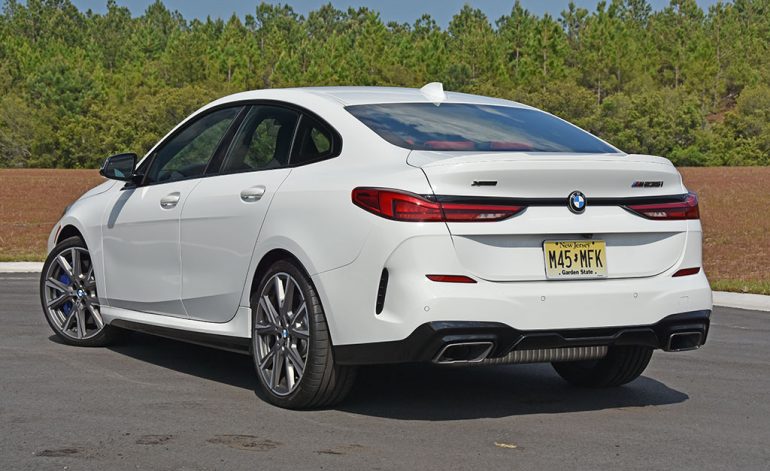 The 8-speed automatic transmission brings a familiar performance character to the M235i Gran Coupe, one that begs for more power or at least less weight to carry around. Thanks to a Torsen Limited Slip Differential up front and brake-actuated torque vectoring for the rear wheels, the M235i Gran Coupe is sure-footed and nicely planted on the road to make do with a surprising 4.6 seconds run to 60 mph by use of the launch control system. Performance in handling and braking is surprisingly good as the M235i Gran Coupe xDrive will pivot around with its rear end all at the control of your throttle if you ever dare to disable stability and traction control. It’s quite a fun vehicle when you remove the nannies – but I suspect most who buy the half-baked M vehicle won’t do such. Fuel consumption almost fits its ‘size’ with 23 mpg city, 32 mpg highway, and 26 mpg combined. 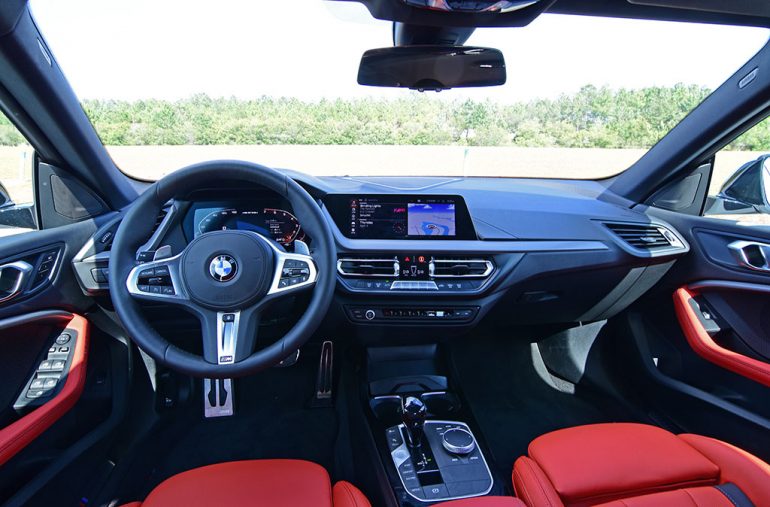 The interior of the M235i Gran Coupe is a familiar space for anyone who has jumped into a modern-day BMW of the past few years. The dashboard is a nice space with all of the right controls to carry over from other BMW vehicles only somewhat of a smaller format. The latest iDrive system retains its bountiful menu sets and remarkably fast-to-respond touch screen and redundant iDrive controller with a set of physical buttons. Even the physical climate control buttons are replicated from other new BMWs, keeping with a welcomed new traditional ease of use – where I have no qualms over the setup that has a respected fit and finish throughout. 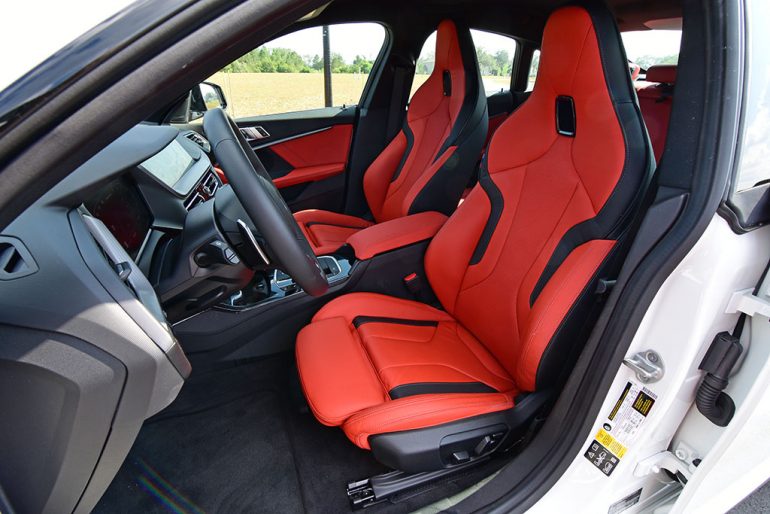 Rounding up the tech bits are features like wireless Apple CarPlay and Android auto and a plethora of available amenities, such as wireless phone charging, active cruise control, remote engine start, gesture control, and M Sport seats up front that don’t have the availability of heated seats. 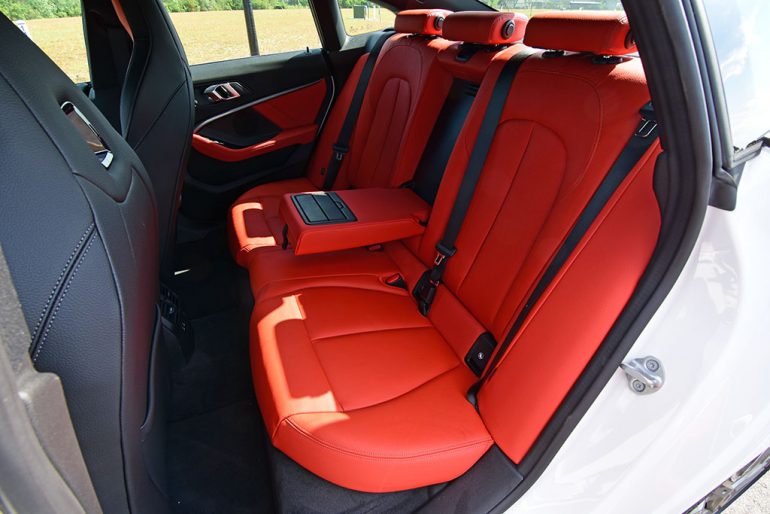 The M Sport seats with the fixed headrest backing equipped on my test vehicle prove to be comfortable, but some could find them to be a bit too much on the sporty side. Moreover, the lack of interior volume will have some rethinking the idea behind a sleek-looking vehicle that may not garner the proper attention that they believe should come from a BMW. In a way, I hate to say it, but the M235i Gran Coupe doesn’t look very “BMW” from a reasonable distance – especially from the rear where it may be mistaken for something like a new Toyota Corolla. 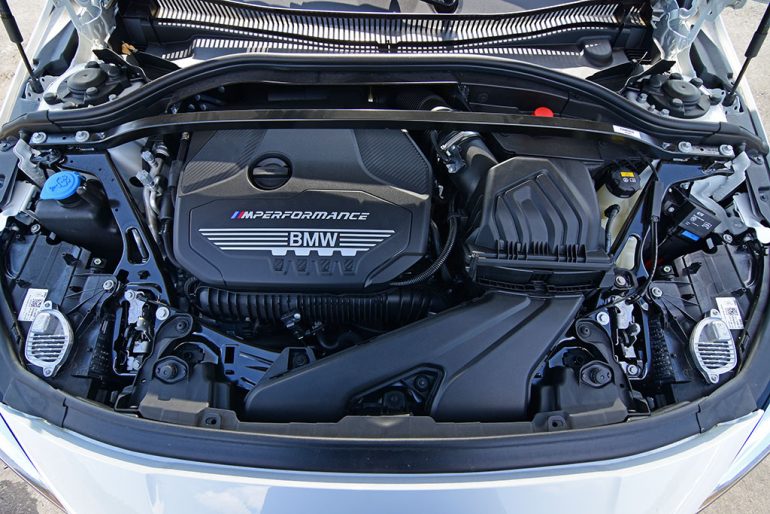 As far as where the new 2020 M235i Gran Coupe fits in the BMW lineup, it’s more of a one-off offering that competes directly with the Mercedes-Benz CLA, both being vehicles that have a coupe-look but in fact have four doors. There’s a lot to offer in the M235i Gran Coupe in a personalized ‘smallish’ space. I’m guessing BMW saw Mercedes having success with their new CLA, so it only made sense to introduce such a vehicle, and here it is, in its nearly loaded form that you see here for a price of $51,295. At the base level, the M235i Gran Coupe starts at 45,500, while the less powerful 228i xDrive Gran Coupe (0-60 mph in 6.0 seconds) starts at $37,500.