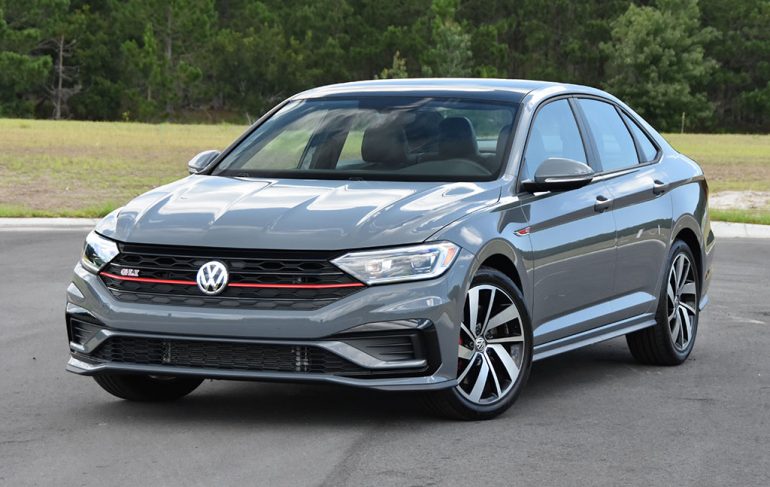 I had the opportunity to spend some time with the 2020 Jetta GLI equipped with the standard-equipment 6-speed manual transmission in place of what most people will opt for in the optional 7-speed automatic DSG (direct-shift gearbox), which is essentially an automated dual-clutch transmission. Having a 2.0-liter turbocharged 4-cylinder engine to play with was also a welcomed change over the normal Jetta’s 1.4-liter engine with only 147 horsepower. The 2.0-liter turbo touts a healthy 228 horsepower and 258 lb-ft of torque sent to the front wheels. While the Jetta GLI is a front-wheel-drive sedan, Volkswagen equips the sporty trim with their XDS cross differential system, which is the brand’s latest iteration of their electronic differential lock that acts as a limited-slip by electronically controlling and limited wheelspin. Ultimately, the system works well to counteract understeer through modulation of the traction control system for each front wheel as needed. 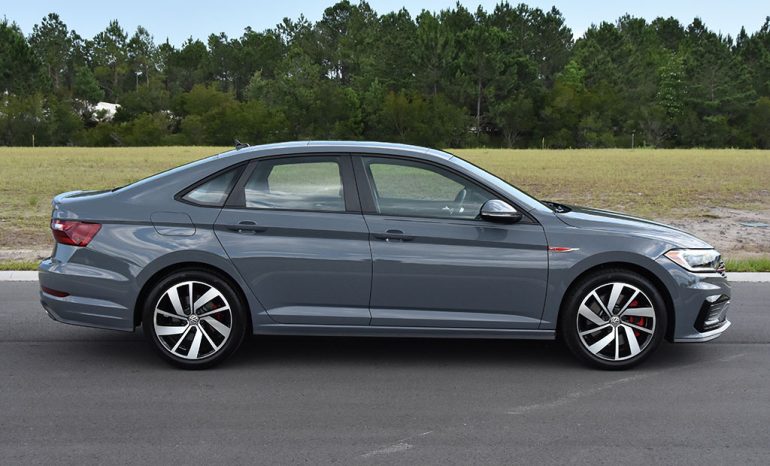 The overall dynamics of the Jetta GLI are somewhat familiar to that of the VW GTI, only with the Jetta, you get the enjoyment of a sedan in place of the hatchback form of the GTI. Rowing through the gears of the Jetta GLI manual is a good exercise that most often requires your astute attention and involvement to master landing each gear through the proper powerband of the turbocharged engine. There’s a bit of turbo lag down low in the RPM range that you’ll want to avoid, but the engine comes alive and feels like more than its horsepower figure on paper as the front wheels beg for traction under wide-open throttle through first gear. The shift throws are somewhat long and may sap some of the forward momentum of the Jetta GLI, which is probably where the DSG transmission may be best for scoring the best zero to 60 mph times. The Jetta GLI Autobahn with the 6-speed manual transmission hits 60 mph in about 6 seconds flat, while the DSG transmission times improve to around 5.6 seconds. When you’re not attempting a quick 0-60 mph run, you can expect to get 25 mpg in the city and 33 mpg on the highway in the Jetta GLI Autobahn manual. 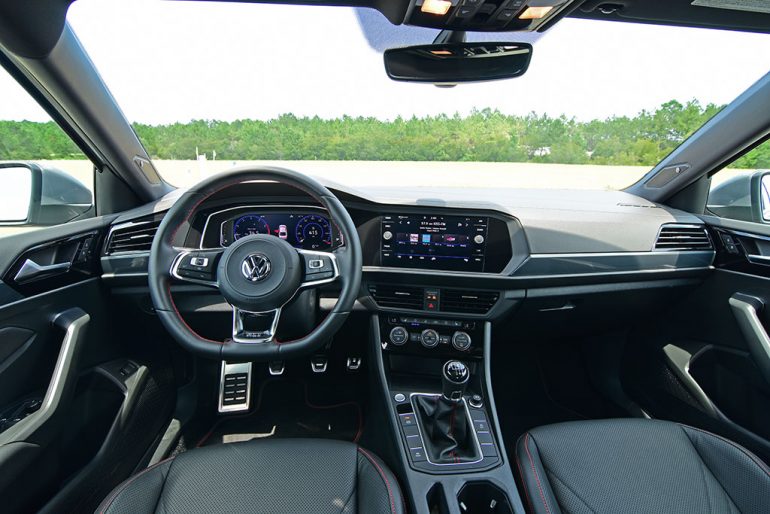 In my time with the Jetta GLI Autobahn manual, the driving traits grew on me each day as I was able to master the shifts and extract every bit of performance out of the sporty-looking German sedan. The first few drives, I didn’t care much for the 6-speed and somewhat wanted to jump in the same vehicle with the automatic DSG gearbox. My enjoyment improved through my week with the Jetta and I walked away somewhat impressed, not by the performance of the Jetta GLI, but at the idea that automakers are still sticking with manuals when the take rate is so low that you question if the R&D is even worth it at this point in history. 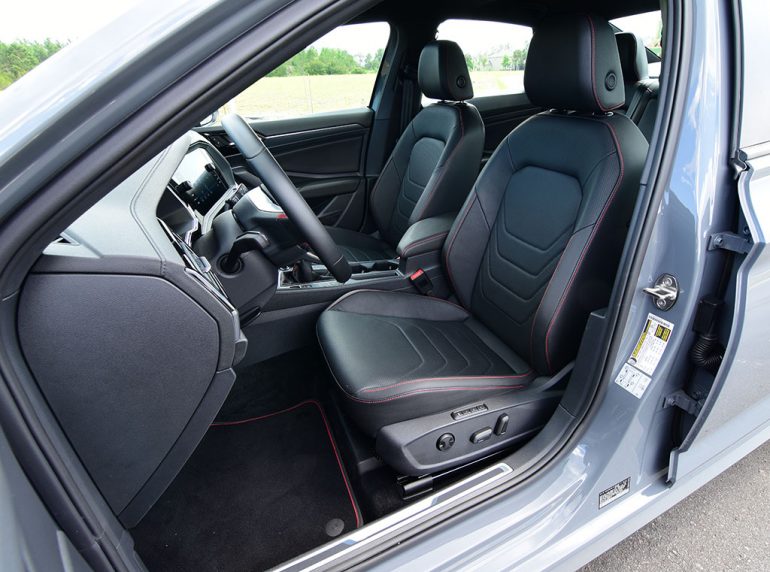 The cabin of the new Jetta GLI Autobahn is mostly what I remember in driving the 2019 Jetta for its redesign into the current generation. The controls are where they should be and the addition of Volkswagen’s Digital Cockpit instrument panel, use of the larger infotainment touchscreen, and sporty leather seats with accented stitching, heating, and ventilation, all help to spruce up the cabin, which is otherwise somewhat of a cheap-feeling monotone theme with the abundance of hard plastics. 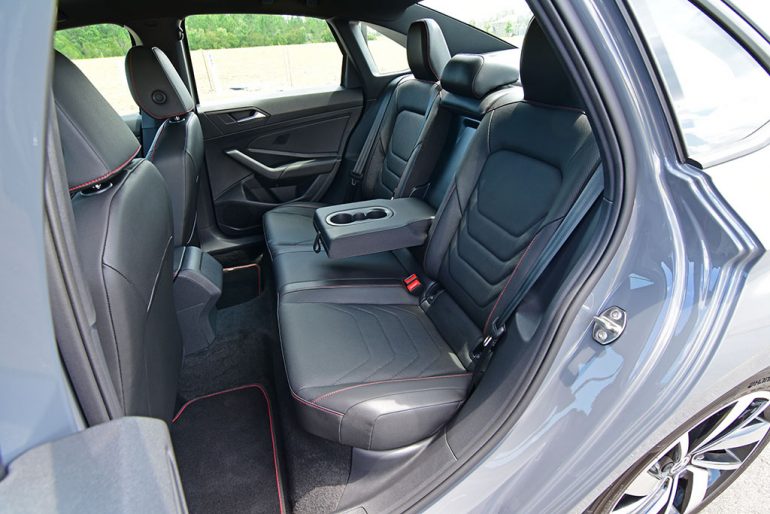 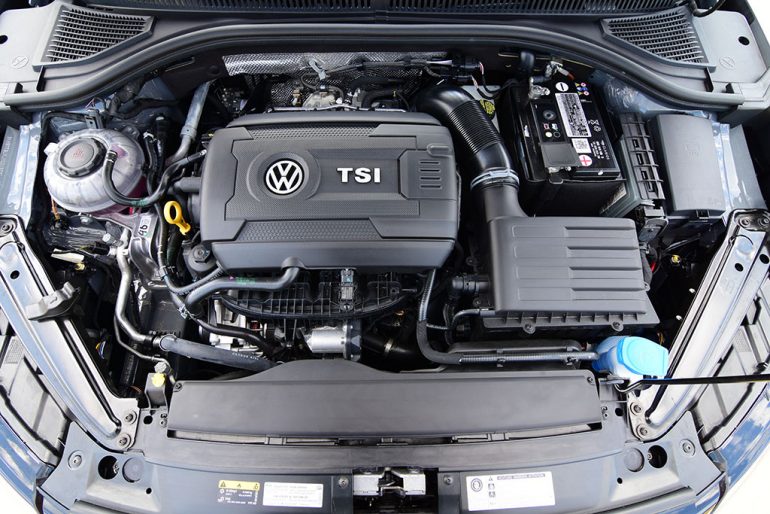 The Volkswagen Jetta keeps with tradition to be a well-appointed mainstream compact sedan that retains its German driving character. The Jetta GLI elevates such traits on the sportier side of things for a price starting at $26,245 for the S trim and $29,945 for the Jetta GLI Autobahn trim. My 2020 VW Jetta GLI Autobahn edition test vehicle with the rare 6-speed manual transmission comes to an as-tested price of $31,160, including a $920 destination charge.