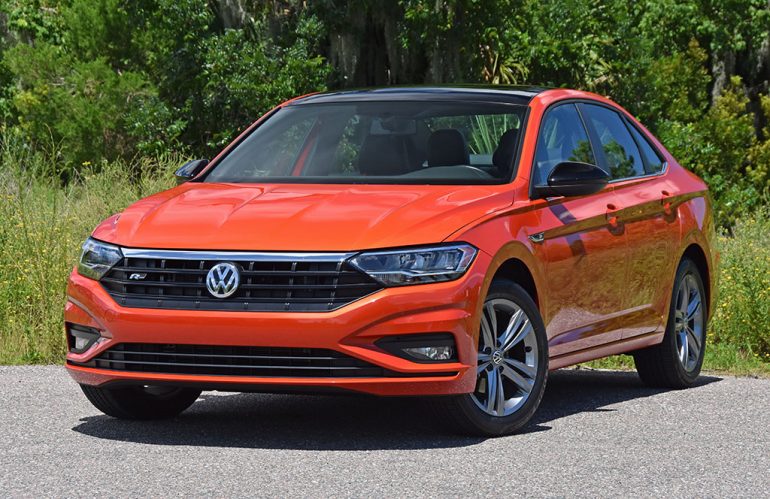 The Volkswagen Jetta has long been a go-to for the mainstream segment of compact sedans. With its complete redesign for the 2019 model year, the Volkswagen Jetta becomes more sophisticated and is styled to fit the part of a grown-up attitude in a landscape that is being dominated by crossover utility vehicles.

>> Get The Best Price On The Volkswagen Jetta from a network of local dealers now. <<

In the redesign of the new Jetta, Volkswagen made the selections simpler with the trim levels, which all offer the same new 1.4-liter turbocharged 4-cylinder engine to power the front wheels (a new Jetta GLI model is to come with a more powerful 228hp 2.0-liter turbocharged 4-cylinder engine). Moreover, the Jetta retains a low starting price, which starts at just $18,745 for the base S trim level providing the highlighted features of LED headlights, LED taillights, a manual transmission, and the availability of a few select active safety features. 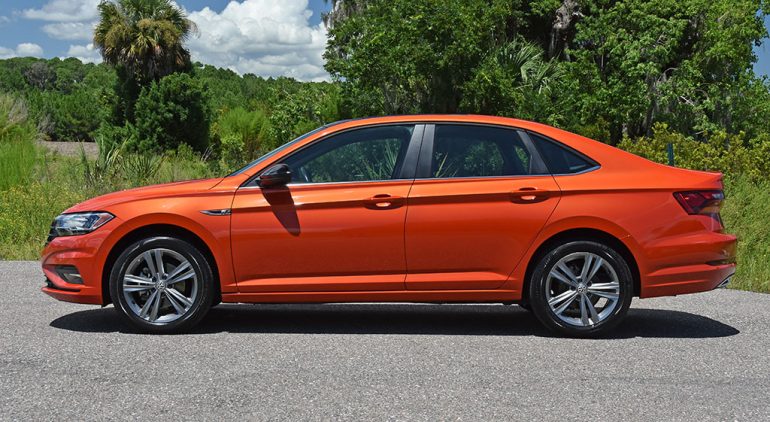 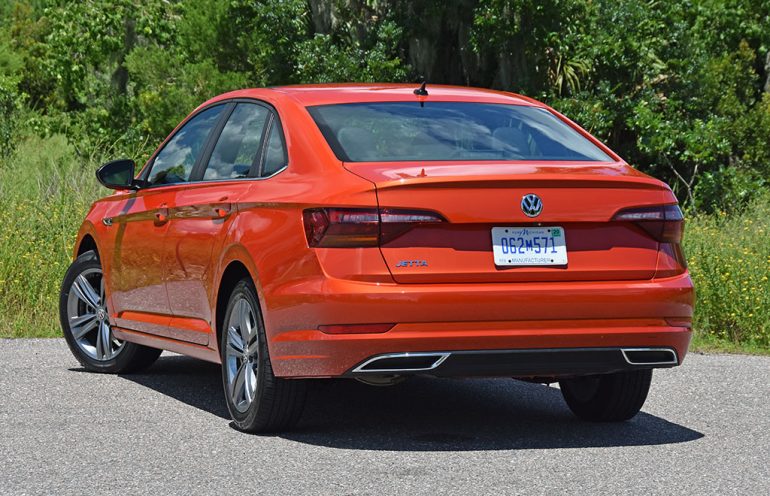 The new Volkswagen Jetta is exceptionally efficient and meets its remarkable EPA fuel economy figures in the real world. The new Jetta in all its trim levels gets 30 mpg city, 40 mpg highway, and 34 mpg combined. I was able to match those numbers even when pushing the Jetta a little hard on the highway – I still was able to get at least 40 mph or better. 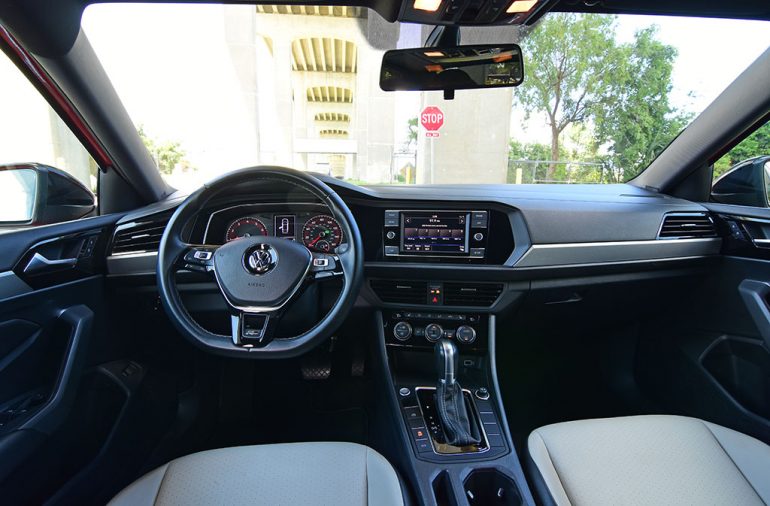 With the decent fuel economy, the Jetta still scoots along pretty well even with 147 horsepower on paper. The extra grunt from the smallish turbocharged 4-cylinder engine is due to its torque figure of 184 ft-lbs., which gets the relatively low-weight (2,959 pounds) Jetta up to 60 mph in about 8.4 seconds – not fast by any means but not the slowest around. At low speeds around town, the Jetta has good power. It’s not until you reach highway speeds or push the engine to its redline where the turbo 4-cylinder starts to give out. The engine is mated to an 8-speed automatic transmission that feels very direct as it limits slipping of the torque converter and fires off shifts without confusion. There’s nothing really sporty about the new Jetta’s driving character. Most of the sportiness resides with the R-Line trim’s exterior looks and new overall shape of the coupe-like proportions of the sloping roofline. 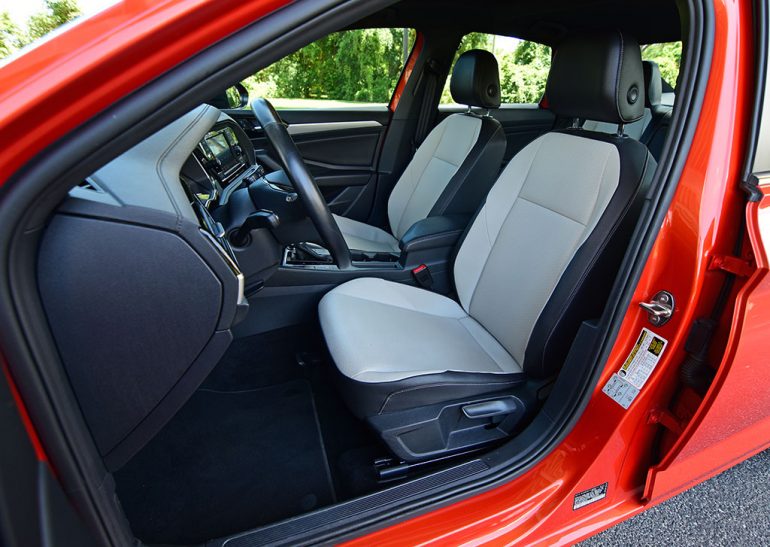 Volkswagen has played on the idea of having a wide range of vehicles within its many sub-brands to cover just about every walk of life in America. With that, there are some shortcuts taken in the mainstream spectrum for vehicles like the new Jetta, which is mostly found in the interior. The Jetta’s interior is much improved with its proportions and space but retains a cheapened feel from an abundance of hard plastics. While the top of the dashboard is soft-touch, most other areas that your hands do not rest are of hard and dull-looking black plastics. Apart from the plastics is a decently laid out cabin and a welcomed touchscreen infotainment unit with Apple CarPlay and Android Auto connectivity. 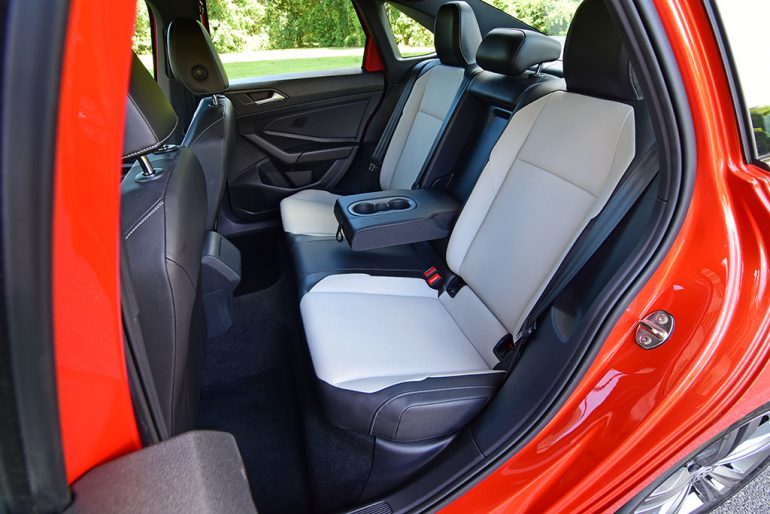 Retaining an affordable price while giving the masses what they desire in a compact sedan is no easy feat in today’s automotive world. However, Volkswagen continues to deliver on the value perspective with the newly redesigned Jetta. My Habanero Orange Metallic R-Line Jetta test vehicle came to a price of just $24,140, which includes an $850 destination charge.

>> Get The Best Price On The Volkswagen Jetta from a network of local dealers now. <<