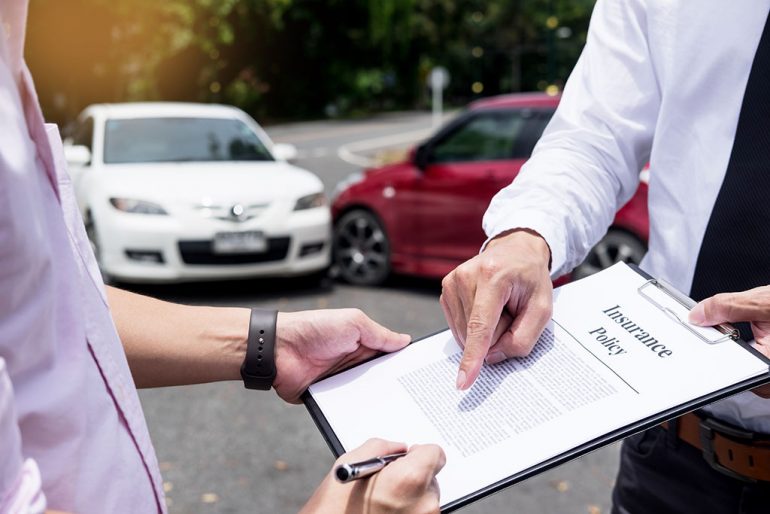 Nobody hopes to get in a car wreck. Statistically, though, the longer you’re on the road, the more likely you’ll get in one. Maybe you’ll be lucky, and you’ll go your whole life without being in so much as a fender bender, but it isn’t likely.

Once you’re in a car accident, the first thing to determine is whether it was your fault or the other person’s. That matters a great deal because if the other driver caused the car wreck, their insurance should pay for it. If you caused the accident, it’s the other way around.

Let’s say the other person caused the wreck. This puts you on more stable footing since there should be money coming your way. However, you’ll have to deal with an insurance adjuster, and that can be a major headache.

Let’s talk about what an insurance adjuster does for a moment, so you’ll know what to expect when you encounter this individual.

What Does an Insurance Adjuster Do?

You would think the amount of money the insurance adjuster should offer you would be pretty straightforward. Often, though, it is anything but simple.

You might need money to pay for your damaged car, but you also may need it for medical bills, downtime when you’re missing work, physical therapy costs, etc. The money the insurance adjuster offers you might cover all of that, or you might decide it doesn’t.

If you figure the settlement offer is low, you’ll have to negotiate. The process starts when you send the other driver’s insurance company a demand letter. Usually, the insurance company should contact you within 1-3 days after you send it.

Once you demand a certain sum from the adjuster, they will probably try to set up a meeting. You should:

The reason the insurance adjuster will try to lowball you is that they see you as the enemy. They work for the insurance company, not for you, and they are sometimes very unscrupulous individuals. The insurance companies hire them because they’re sharks, and they’ll often try to downplay your injures or the car damage extent.

Most people don’t want to talk to an insurance adjuster directly, which is why they hire a lawyer to handle the negotiations for them. The reason you’ll want to avoid direct contact is that a lawyer knows legal precedent, and you do not.

They will know if the insurance adjuster and their company are trying something underhanded. You might not necessarily know what your claim is worth, and as soon as you sign a settlement agreement, you’ll lose out on any additional money you might have received.

What Happens if You Demand Payment, and the Insurance Company Doesn’t Respond?

It might surprise you the lengths an insurance company and provider might go to keep you from getting the money to which the accident entitles you. They may decide to dodge you by simply not responding to your phone calls and your demand letter.

If they try this, you do have some legal options. You and your lawyer will first need to try phone calls, emails, online chatting, etc., to make sure you exhaust all communication methods. If you still can’t get through, that probably means the insurance company is trying to drag its feet deliberately, so you’ll feel frustration and accept a lowball offer.

You’ll need to be patient and understand that if the insurance company and adjuster don’t respond eventually, you can take the matter to court. You’ll compel them to respond that way, and a judge and jury won’t look kindly on them stonewalling you.

What Result Do You Want to See?

Ultimately, you want to force the insurance company and adjuster to settle. That means they’ll make an offer that covers your car repair costs, medical bills, and so forth.

This process might take days or weeks, but the more pressure you put on them, the faster they’ll need to move. You probably can’t afford to sit at home indefinitely without getting that settlement.

Until you get it, you might not be able to repair or replace your car. You will have to take public transportation to work or get a relative to take you while this is going on.

The insurance company probably will not want the case to go to trial. That’s bad publicity for them, and if they lose, they may have to pay out a lot more than they might have otherwise.

As long as they come up with a number that works for you, you can say yes, pay your lawyer, and get on with your life. Hopefully, you did not sustain any permanent injuries in the crash, and you can put the whole unpleasantness behind you.

If you’re not certain of your injury extent, that’s when you often have longer settlement times. You might have to get extensive tests before figuring out the right amount to try and get. This is probably going to be a challenging time for you, but if you pick the right lawyer, that’s going to help you substantially.