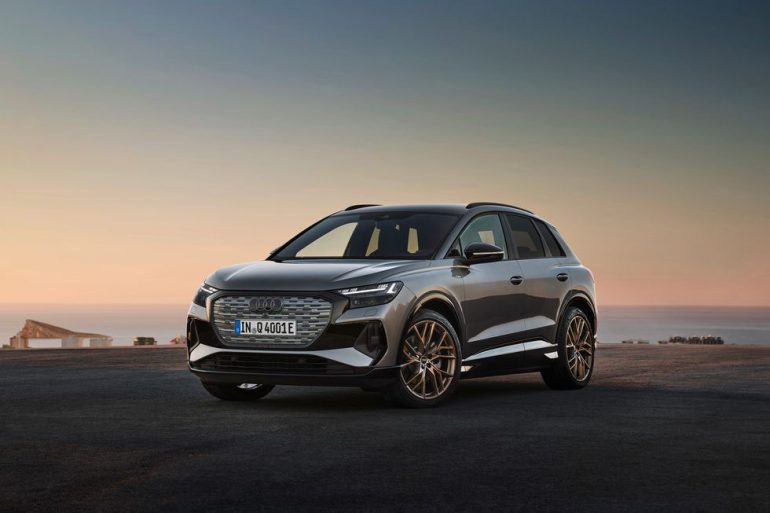 Most don’t realize that Audi has been in the Electric Vehicle (EV) game for a few years now where they started in the game with the Audi e-tron crossover utility vehicle. Since then, Audi has introduced several new EV models, including the recent Audi Q4 e-tron, which has received its new pricing structure today starting at a reasonable $44,905 here in the United States.

The new 2022 Audi Q4 e-tron expands upon the EV lineup joining the likings of the current e-tron crossover and the performance-oriented e-tron GT. 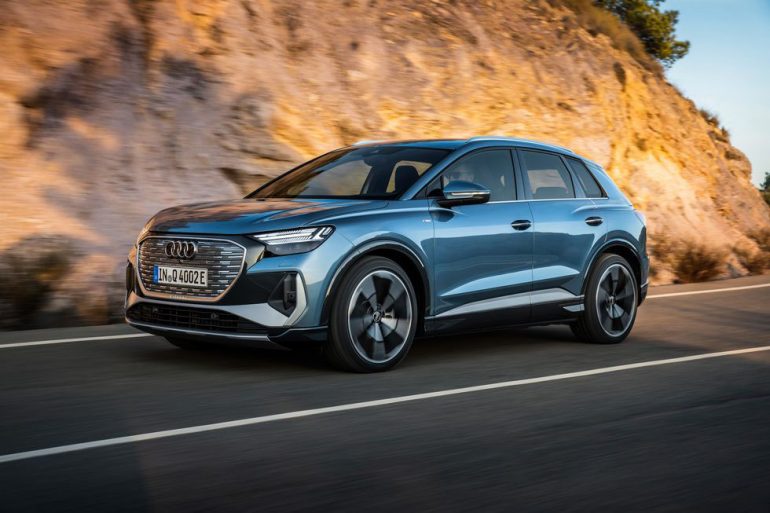 Building off the love of crossovers here in America, Audi’s new Q4 40 e-tron base trim touts a powertrain shared with the beloved VW ID.4 with 201 horsepower and 229 pound-feet of torque from its rear-wheel-drive motor configuration and 77.0-kWh battery pack. But wait, there’s more – the 2022 Audi Q4 e-tron will also have an available all-wheel-drive configuration dubbed the Q4 50 e-tron with a bit more power, as much as 295 horsepower and 339 pound-feet of torque with a price starting at $50,995. The Q4 50 e-tron will also be offered in a sportback trim with the same 295 horsepower electric powertrain with a price starting at $53,795. 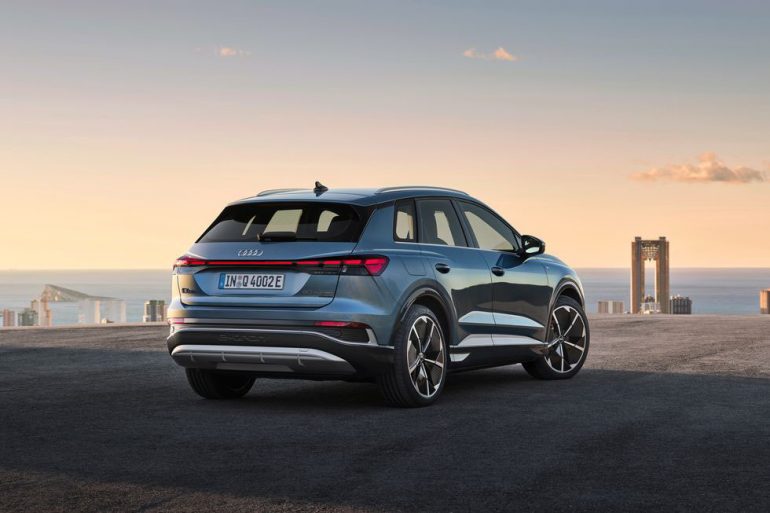 Range estimates start at 241 miles for the Q4 50 e-tron and may increase slightly for the less-powerful base Q4 40 e-tron when Audi finalizes their figures in the months to come. The 0 to 60 mph time in the Q4 50 e-tron is claimed to be 6.2 seconds, which is decent but falls just a hair short of the current gas-powered Audi Q5. 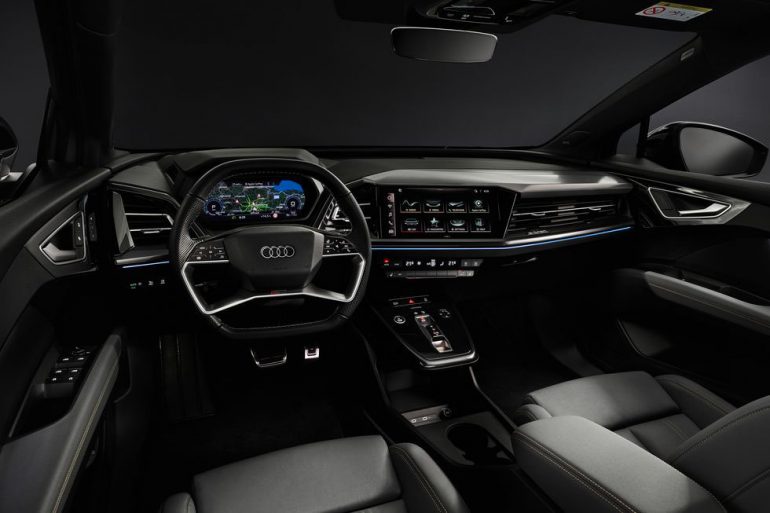 The new Audi Q4 e-tron will go head-to-head with vehicles like the Tesla Model Y and Volvo XC40 Recharge. 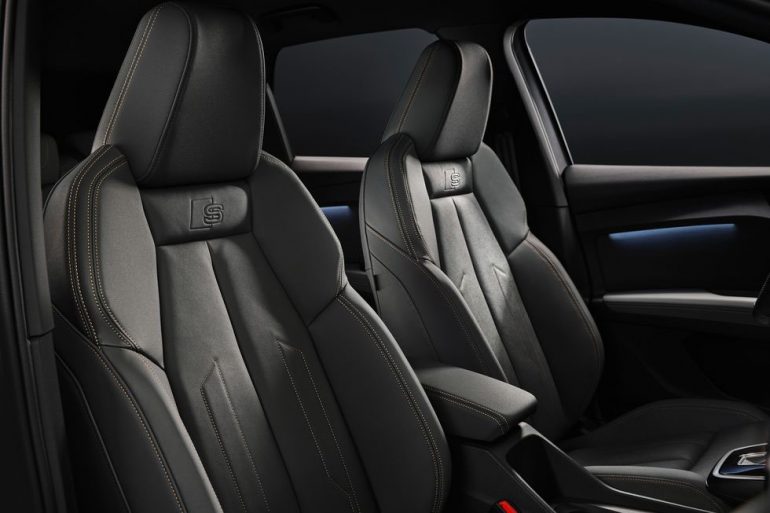 You can almost think of the new Audi Q4 e-tron as being an electric version of the current Q5. The surprising part of it all is that the Q4 40 e-tron touts a price about the same as the gas-powered Q5, which is something to brag about in the world of new EVs. 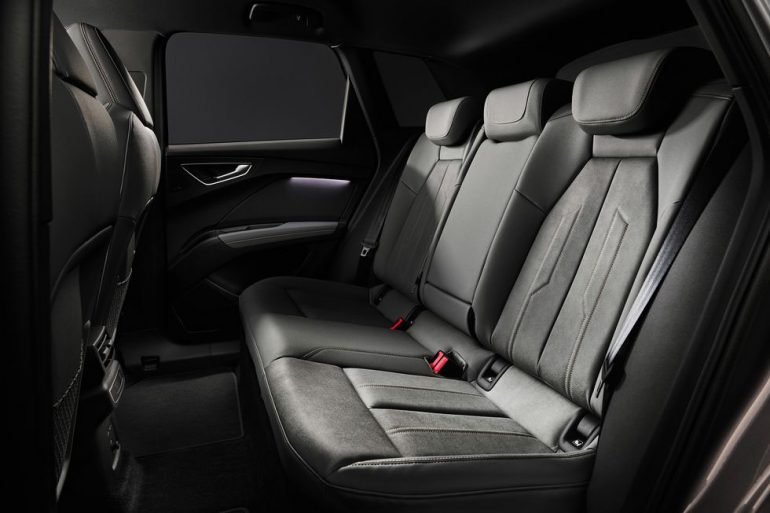 Having a respected starting price puts the new 2022 Audi Q4 e-tron at an advantage for entry-level mainstream luxury EVs and even for the generalized EV market of new automobiles as they come online. You can expect a long list of options and option packages that may quickly increase the new Q4 e-tron’s price. An adaptive suspension system will be part of the mix to keep things smooth out on the road. Charging the Audi Q4 e-tron will be supported by up to 125-kW giving it an 80% charge from empty in about 30 minutes. 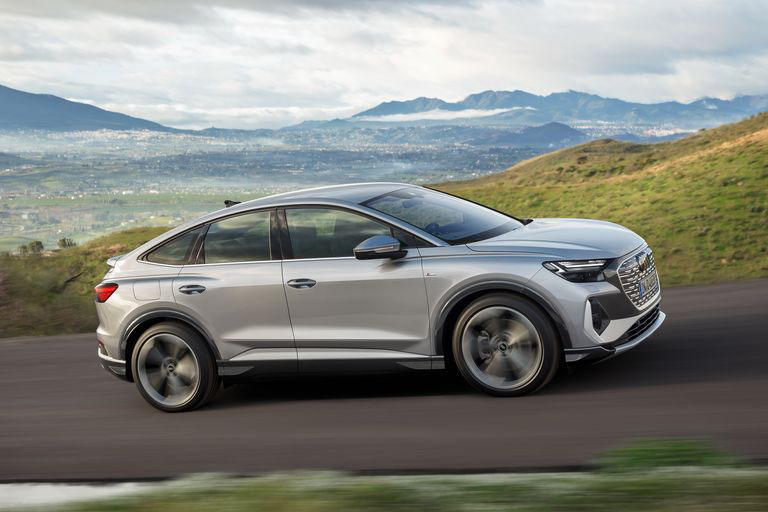 Audi has done a solid service to the forthcoming world of EVs with the Q4 e-tron and its starting price and we look forward to seeing it on the road when it hits dealerships around November or December 2021.