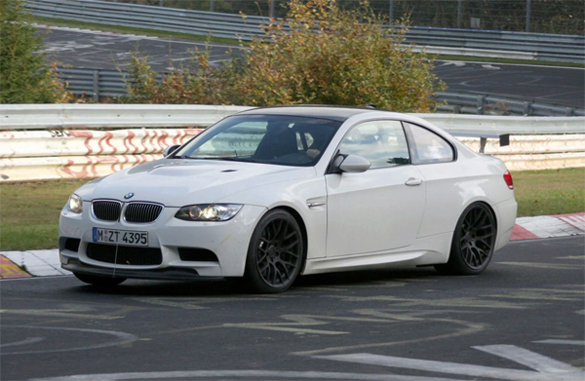 It is all hearsay until we get a firm conformation on this but, spy photographers recently caught a modified BMW M3 making rounds on the Nurburgring and no one knows the significance of it. Automotive experts, including us, believe that this could be a rendition of a BMW M3 GT. If you remember back in the 1990’s BMW turned its E36 BMW M3 into a M3 GT version so it could compete in certain classes in long distances races. What we could be witnessing is a high-performance BMW M3, not saying the current E90 and E92 M3 is not a high-performance vehicle, but this could be something that pushes the envelope in terms of a M3.

To further support the idea of a BMW M3 GT is Kay Segler, head of BMW’s M division, who has mentioned that the production version of the current M3 GT4, the M3 race car, is something that could be considered. In the horsepower wars that continue, despite the government’s new regulations pushing manufacturers to make more fuel efficient vehicles, BMW may prove to come out on top if this M3 so happens to get fitted with the 4.4L twin turbo V8 found in the X5M and upcoming BMW M5 (F10). BMW said that a M3 CSL was not in future plans. So what the heck is this thing?

I know what you are thinking. You think that is just some boy-racer’s BMW M3 who slapped a racing wing on it right? Well, it is registered to BMW so it is not a personally owned vehicle. What do you think?