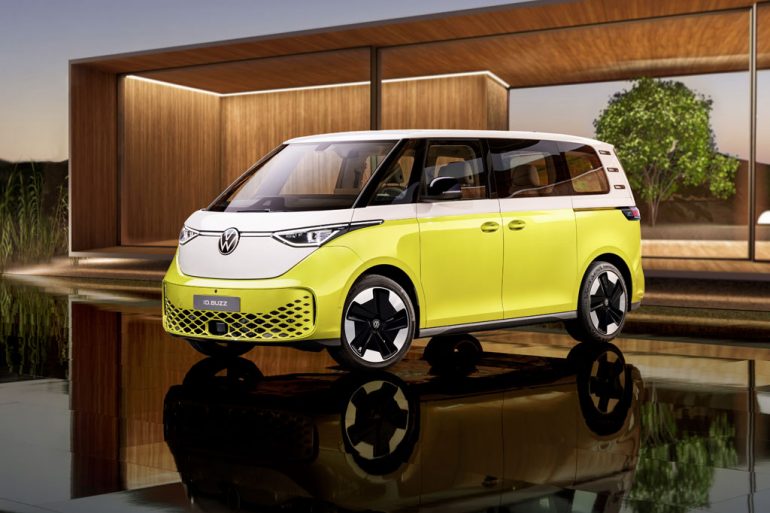 There have been a few select vehicles that manufacturers have teased over the course of many years with a couple of them being the latest Toyota Supra and even the Acura NSX many years ago – with both “eventually” making it into production. Another vehicle that has been through the rumor mill enough times to make us all feel a little numb when we see updates is the Volkswagen Bus, which has now resurfaced to officially bring us the all-new 2024 Volkswagen ID. Buzz, an all-electric rebirth of the infamous Bus!

Finally, we get to see something official for a return of the Bus but there are some caveats to the situation here as we still must wait a bit longer to see the new VW ID Buzz to hit America shores as what you see here is a Euro-spec iteration. Still, there’s a lot to be emotional about as we inch towards a near future of a VW Microbus hitting the local streets of our currently high-gas-priced country. 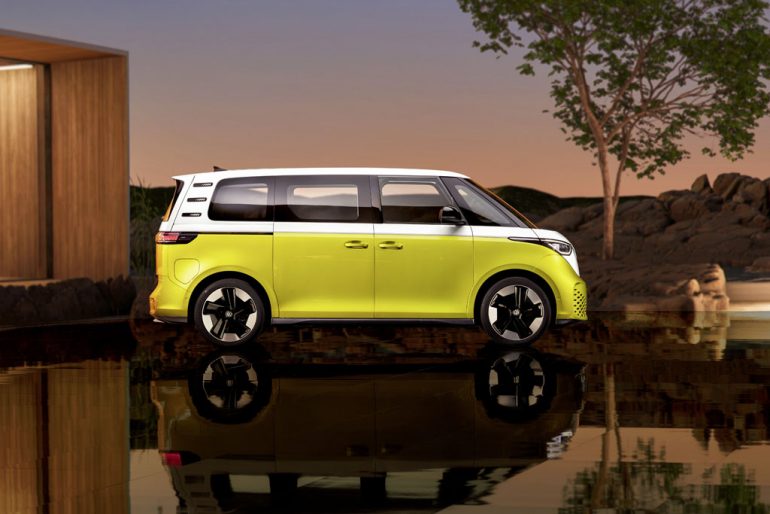 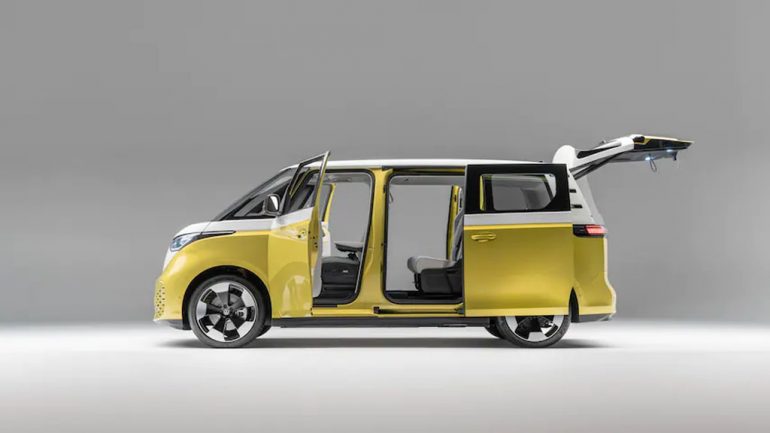 There’s an avid fan following of the VW Bus, which has gone by many names in the past such as the Eurovan, Vanagon, Bus, and Microbus. While there are differences in all of the named vehicles, there’s one thing that remains common among enthusiasts and that’s the undeniable charm of such a vehicle even if it returns as a fully-electric vehicle. 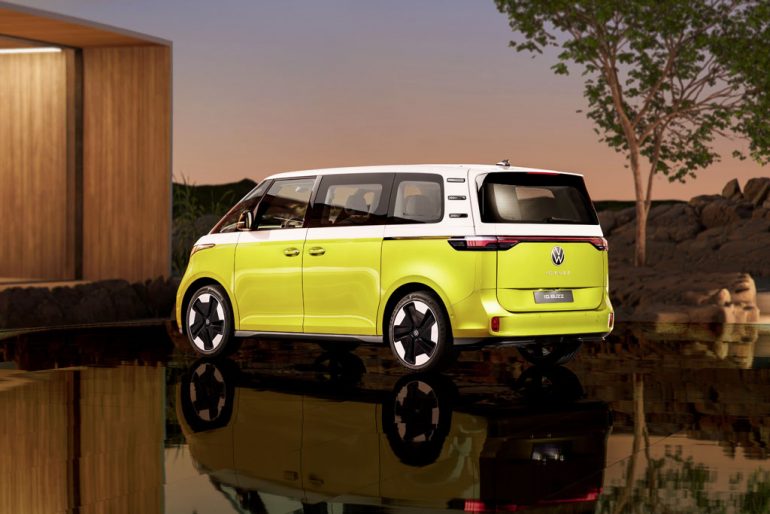 Based on Volkswagen’s new MEB electric vehicle platform, the ID Buzz takes on a full modernized form with its long wheelbase and 82-kWh battery pack (77-kWh net) running such a length. Borrowing the powertrain from the current VW ID4, the VW ID Buzz in its rear-wheel-drive configuration will tout 201 horsepower and 229 lb-ft of torque. An all-wheel-drive variant will have the ID4 AWD’s motors where the front axle adds a motor for a total power output of 295 horsepower and 339 lb-ft of torque. 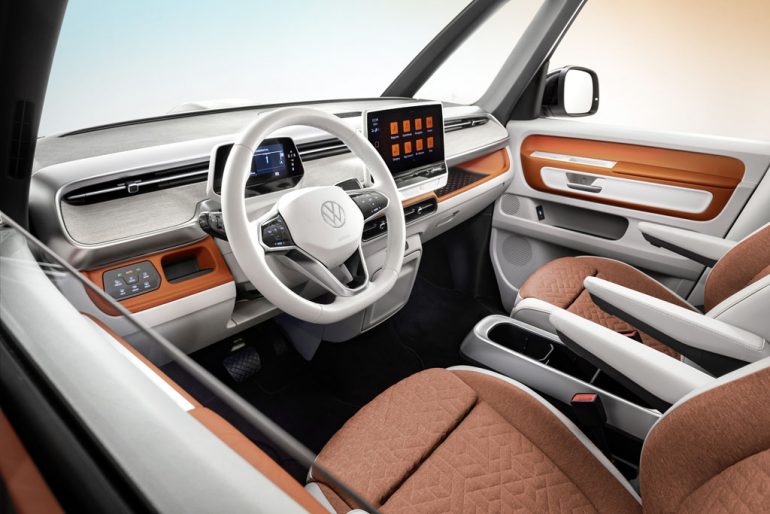 One thing that rings true again considering the conservative power figures, is the ID Buzz will muddle along just as its older predecessors of the VW Bus, which at a time had double-digit horsepower numbers. However, the new electric platform will make way for around 280 miles of range and a quick charging feature at a rate of 170 kW for a 5% to 80% charge that takes place in about 30 minutes. 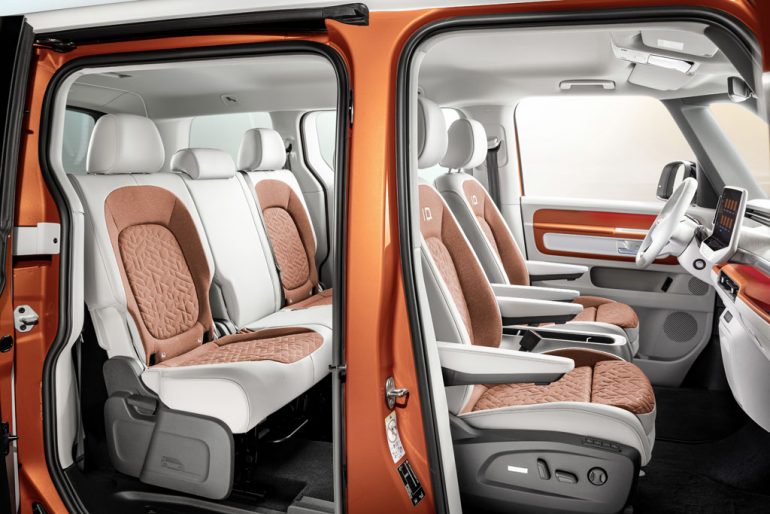 The look and feel of the new ID Buzz and in the long-wheelbase form that we’re slated to get here in America, the vehicle fills out the space comparable to other Volkswagen SUVs and about as long as something like a smaller cargo van. In fact, the VW ID Buzz will be available around the world as both a passenger van and a cargo van (ID. Buzz Cargo) when it eventually goes on sale in certain markets. 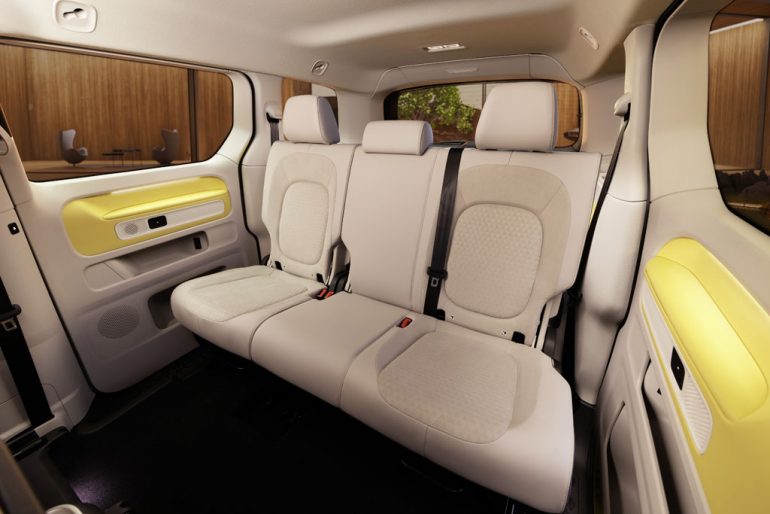 The exterior design takes on a modernized approach to what we’ve enjoyed in the old VW Bus, while the interior space gets many elements from the current VW ID4 only in a larger and airy space with plentiful windows. The ID Buzz will be available in a 7-seater configuration while other markets will offer 2, 3, 5, and 6 passenger configurations for a short wheelbase variant. We’re certain their will be countless aftermarket and even OEM modifications to turn the new VW ID Buzz into a camper, an urban attention-getter, or maybe a psychedelic transportation appliance for your rock band and equipment. The possibilities are endless, just as they were over 60 years go! 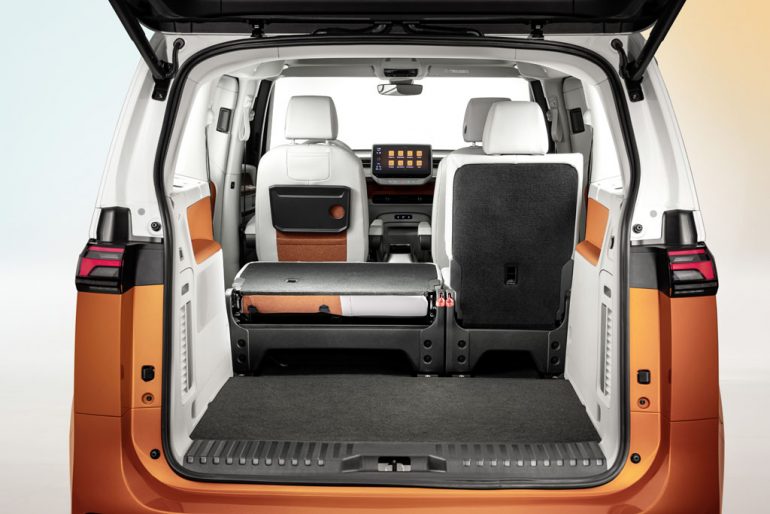 Cargo space in the back will be large at 39.6 cubic feet for a two-row ID Buzz setup. When we get the 3-row 7-passenger ID Buzz that cargo space will somewhat be taken up by the 3rd row of seats. 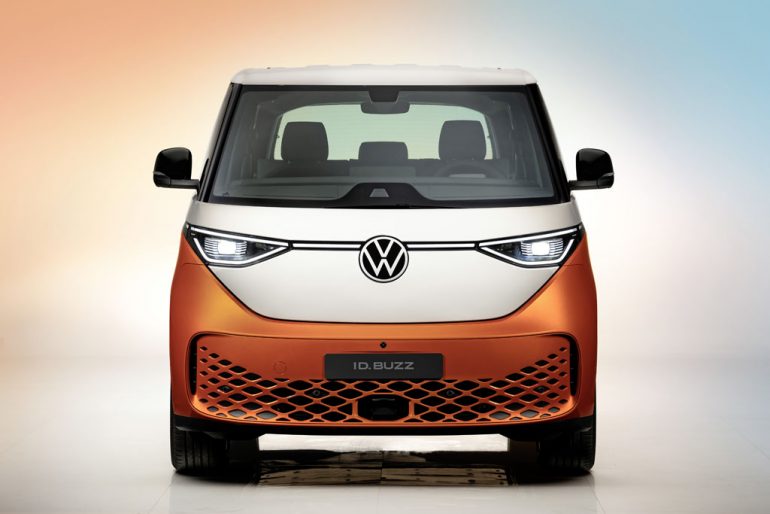 If we were to guess pricing, we expect the VW ID Buzz to start around $45,000 and inch up to a all-wheel-drive top-trim-level base price of around $60,000. Volkswagen’s plans are said to open up reservations for the 2024 ID Buzz for here in America some time in 2023 and have the vehicle land in your driveway or local dealerships in Fall of 2024. If there was any vehicle for avid VW Bus fans worth waiting for, it is this!