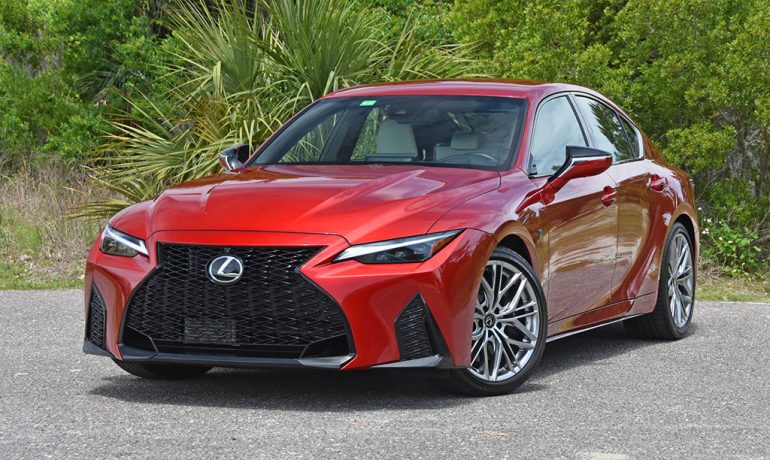 I’ve always been a fan of Lexus and the unrelenting quality put into their vehicles that naturally remain at the top of the list for reliability. When it comes to performance, Lexus has always been conservative and such a position has done well for a myriad of buyers who don’t mind the specs of competition outdoing them. For their compact luxury sedan, the Lexus IS, there’s been much of a want from enthusiasts to bring back the IS F and shove the glorious sewing machine-smooth 5.0-liter V8 under the hood. Well, for the 2022 model year, their wish somewhat comes true but again in a conservative package, the new IS 500 F Sport Performance.

The Lexus IS has always been a favorite of mine ever since its conception as the 2001 IS 300 giving us a taste of the old Supra-inspired inline 6-cylinder engine. Since then, the Lexus IS has grown in its maturity and retained a compact size but brought us the IS F in 2008 with a 5.0-liter V8 under the hood. While that V8 was still down on power compared to direct competition, it stood the test of time and now we have the latest iteration of that engine that produces 472 horsepower and 395 lb-ft of torque mated to an 8-speed automatic transmission. 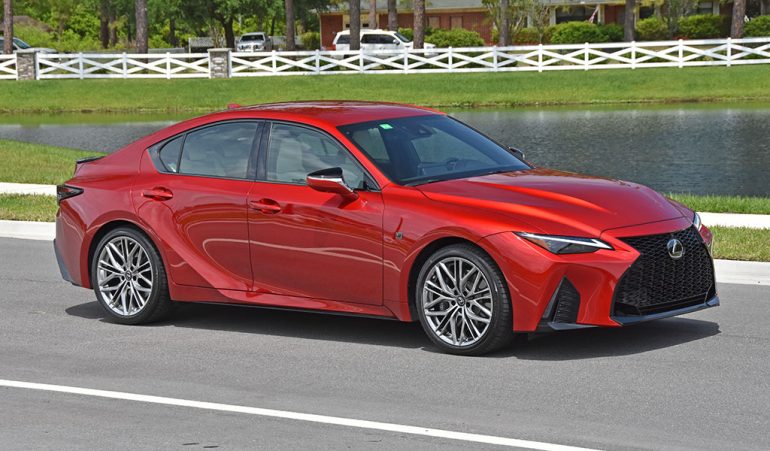 The powertrain, in its rear-wheel-drive only configuration with a naturally aspirated V8, is something that gives Lexus major points from the enthusiast community as being one of the very last forms of such a raw luxury vehicle. In that, the Lexus IS 500 F Sport Performance is more of a subtle step in the performance arena not to compete with the definitive performance kings in the form of the BMW M3, Mercedes-AMG C63 Sedan, or even the Cadillac CT4-V Blackwing. No no, the Lexus IS 500 F Sport Performance is what its name signifies, “F Sport” instead of the real deal “F” vehicle from Lexus such as the RC F. That means it runs with the BMW M340i, the AMG C43 Sedan, and the Caddy CT4-V (non-Blackwing). If you think about it, that makes the IS 500 F Sport Performance somewhat the king of its class because all of those competitors don’t have a V8 or the horsepower numbers to match. Smart play, Lexus! 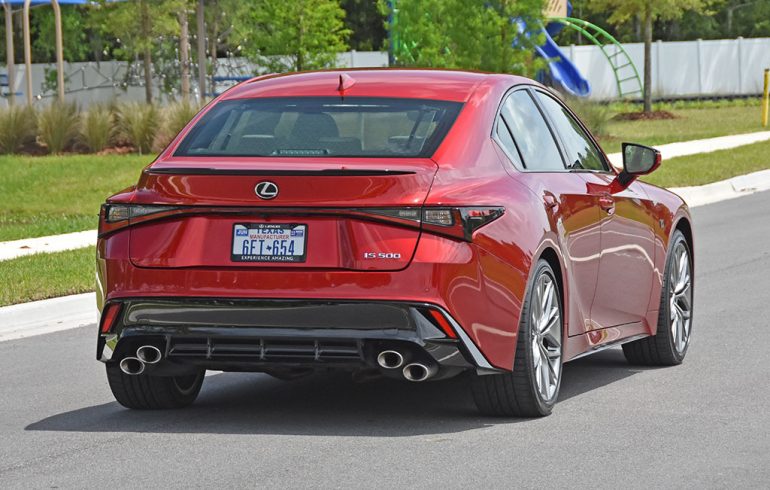 When it comes down to sheer performance, the Lexus IS 500 is a gem for being a grand touring compact luxury machine. The 5.0-liter V8 engine is glorious in that it emits a delightful intake manifold growl around its midrange RPM that’s only accentuated by an artificial sound via an adjustable Active Sound Control (ASC) system. Though, if you turn off the ASC system you’ll still be left with an amazing harmonic burble from under the bulging aluminum hood as you climb into the revs and start smiling just above 7,000 rpm. This V8, the same power mill found in the canceled Lexus GS F, the current Lexus LC 500, and RC F, is music to an enthusiast’s ears, and that makes up for its softer performance qualities. 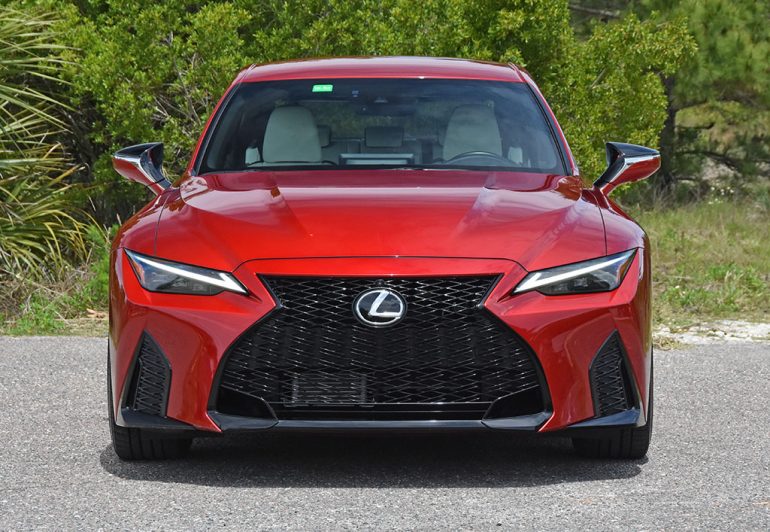 Those soft performance qualities are filtered through the entirety of the new Lexus IS 500, which is essentially a Lexus IS 350 F Sport but with a V8 engine. There are a few other traits that make the IS 500 its own vehicle, such as the hood bulge to clear the V8 engine, a noticeable oil cooler hiding behind the menacing-looking dark spindle mesh grille up front, and the unique staggered and stacked quad exhaust tips out back.

Demanding power from the Lexus IS 500 F Sport Performance is a strange thing as you’re required to lay far into the gas pedal for the proper throttle response when you’re already moving. The 8-speed automatic transmission doesn’t want to downshift as you like until you push hard on the throttle through a kick-down notch before you get to the proper lower gear. While you still get full throttle before reaching the kick-down on the gas pedal, there’s somewhat of a disappointment from the transmission’s lack to downshift to the lowest possible gear – and this is a returning character flaw of Lexus. Initial throttle response from a stop is instant and permits a clean 0-60 mph run taking 4.4 seconds. Overall, performance is decent and the IS 500 bites back with just enough grip even though its suspension is soft even in the firmed-up damper setting for its adaptive suspension. The softness translates into an excellent ride quality, probably the best in a vehicle of this small size that I’ve experienced. 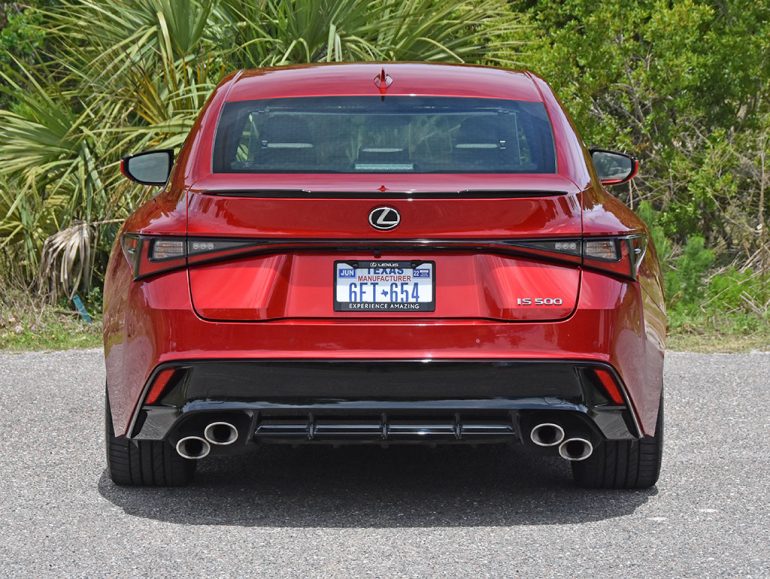 The fuel efficiency in the Lexus IS 500 F Sport Performance is not too bad considering you have a beefy V8 to play with. Though, pushing that V8 hard will have the IS 500 sucking down copious amounts of premium fuel and you’ll never match those EPA estimates of 17 mpg city, 25 mpg highway, and 20 mpg combined. If you drive the IS 500 as a commuter, which it does comfortably around town, you’ll easily match those figures but don’t expect to muster out much more than what’s stated on paper in the real world. 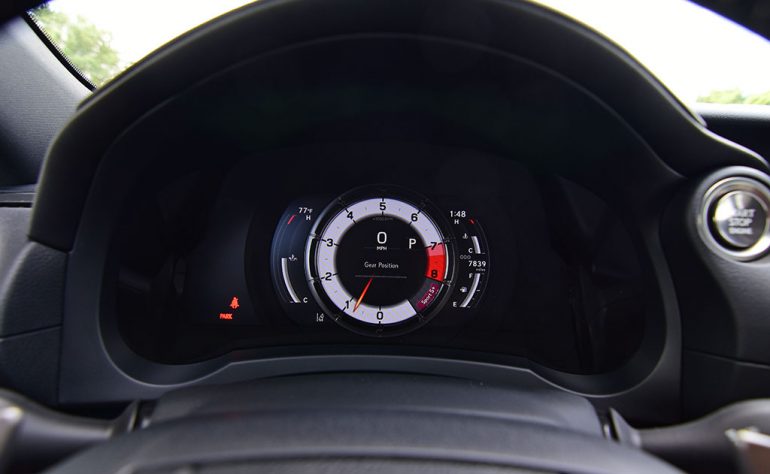 Inside of the Lexus IS 500 F Sport Performance is the same cabin, layout, and aged switchgear from when the current third-generation Lexus IS was introduced in 2014. Of course, since then, the IS has received refreshing updates for its exterior that are quite attractive in my view. However, the interior remains to have a good fit and finish with plenty of soft-touch surfaces but here many areas can be improved upon, and only so much that the small updates can do to keep the IS fresh. For starters, the infotainment unit, once being the vehicle’s biggest complaint in using a cumbersome touchpad interface, now has a 10.3-inch touchscreen interface. While the touchscreen essentially uses the same menu sets and functions of the past, there is still the touchpad interface present even if you don’t have to use it much. I will say, there’s something good about having a vehicle where everything works 100% of the time in knowing how many modern infotainment units have so many annoying glitches and software bugs on other vehicles. The Lexus IS 500 will have none of those, and its build quality shows as a vehicle that will probably outlast most cars on the road for respectable maintenance costs. Additionally, there are the expected active safety features including adaptive cruise control all included. 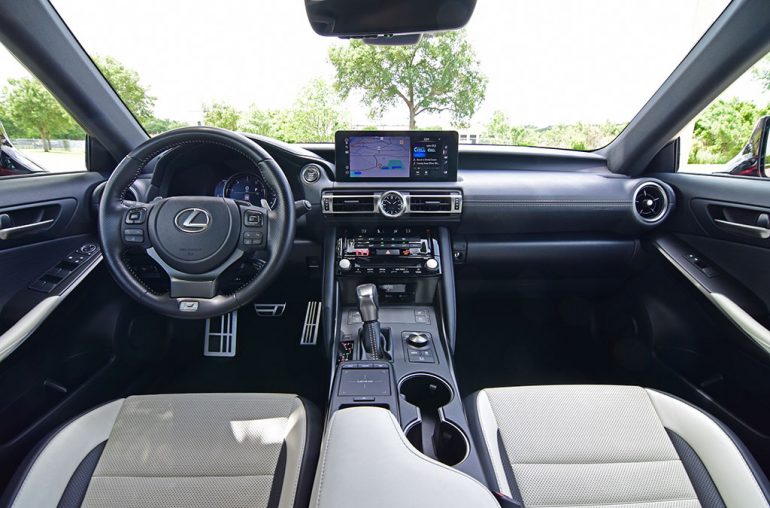 The gauge cluster is the same old unit, which I must say has aged well considering it is fully digital and has the unique sliding center RPM section – all derived from the Lexus LFA supercar from many years back. There are also the welcoming aspects of having a plethora of physical buttons and knobs and a unique automatic climate control touch-capacitive temp slider. 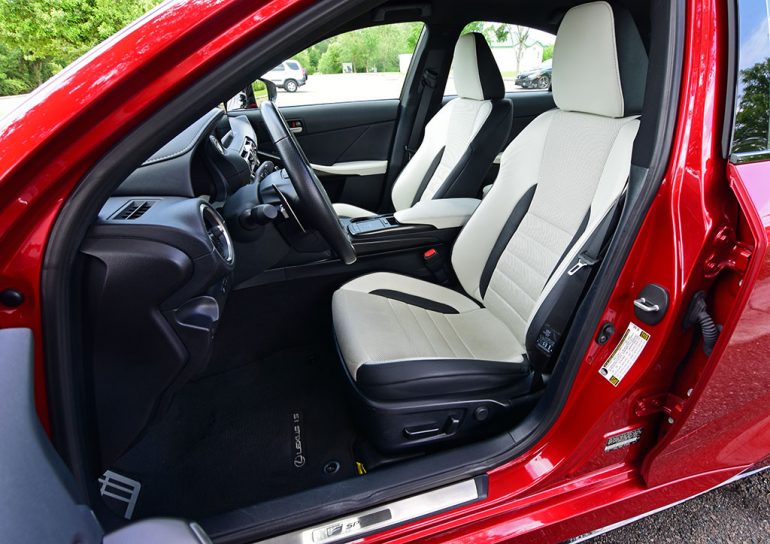 The seating areas are somewhat tidy for the most part as they have traditionally been in the Lexus IS but the seating remains comfy with some welcoming bolster support in the front sporty heated and ventilated seats with plenty forward and aft travel. The back-seating area is very small with limited legroom if you have two average to large size adults sitting up front. Thankfully the rear 60/40 seatbacks fold down for added cargo room as the trunk is only 10.8 cubic feet with the seats in place. 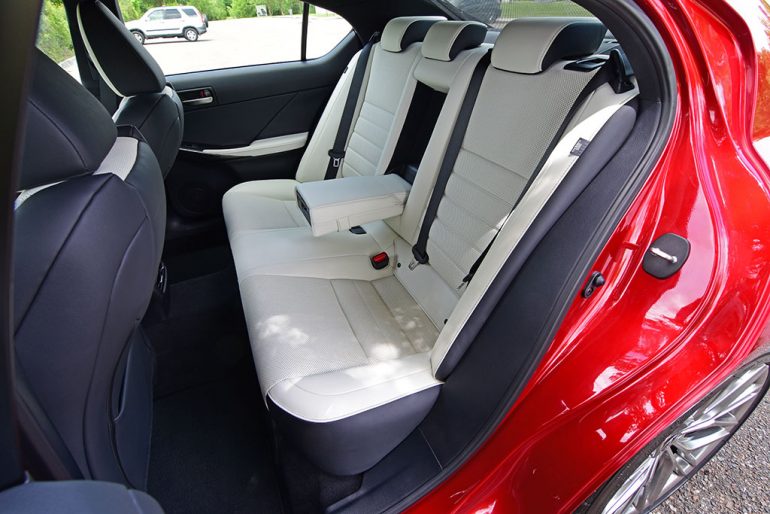 What is so surprising about the Lexus IS 500 is that even though it is still based on an old platform, it continues to turn heads and remains quite unique in the scheme of competitors. Additionally, the IS 500 F Sport Performance could very well pave the way for a full-on IS F but my bets are kept at bay as time marches on towards an EV future and the IS 500 F Sport Performance could very well be one of the very last 4-door naturally aspirated V8 vehicles around. Put that in your exhaust pipes and smoke it! 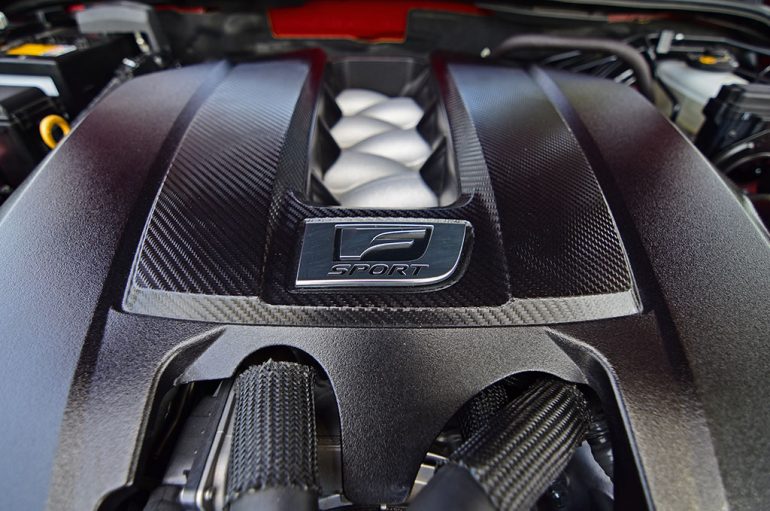 The pricing scale for the Lexus IS has remained competitive and adding a V8 engine doesn’t make things get outrageous as you would think considering how some of the IS 500’s German competition stacks pricing and options. The new 2022 Lexus IS 500 F Sport Performance starts at $57,575 before any fees and my IS 500 F Sport Performance Premium trim test vehicle with very limited options comes to about $62,670.

Lexus IS Lexus IS 500 Lexus IS500 F Sport Performance