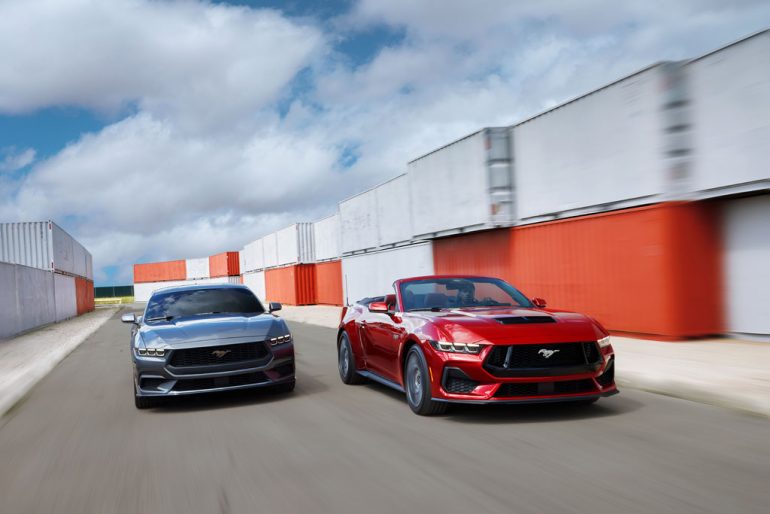 The Ford Mustang has been a trendsetter for nearly 60 years in the automotive industry. Setting a tone for the formidable pony car and affordable American sports car, the new seventh-generation S650 Ford Mustang captivates with its new technology, increased performance, and a fresh design that retains some inspired classic looks. This is the new 2024 Ford Mustang debuting at the 2022 North American International Auto Show.

Right off the bat, enthusiasts will take note of the seventh generation Ford Mustang bringing us the manual transmission for another go and a new-generation 5.0-liter Coyote V8 with increased power, which is in part made by having dual throttle bodies with dual airboxes. That power can be had with a 6-speed manual transmission or the latest iteration of the 10-speed automatic transmission. 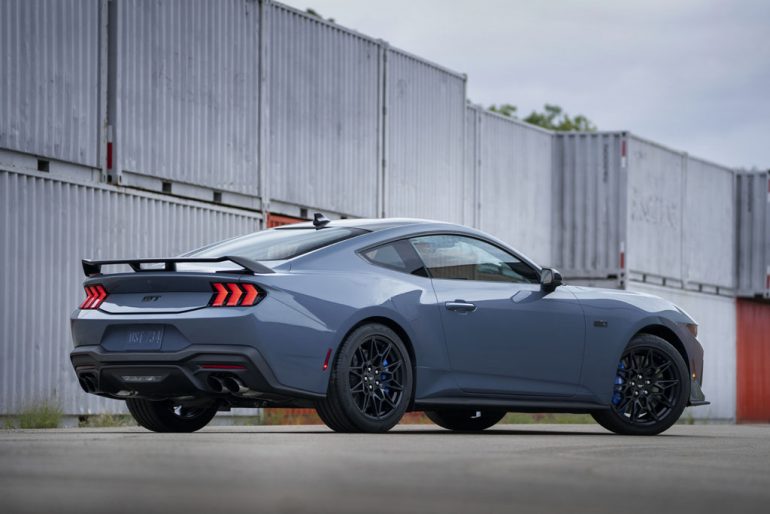 Ford didn’t hold back on offering additional goods as we see the best interior yet of a Mustang taking an approach that many other automakers have in the past few years with its dual screen setup. The screens consist of one being a 12.4-inch digital gauge cluster and the other a large 13.2-inch infotainment touchscreen running the latest Sync 4 system with Apple CarPlay and Android Auto integration. 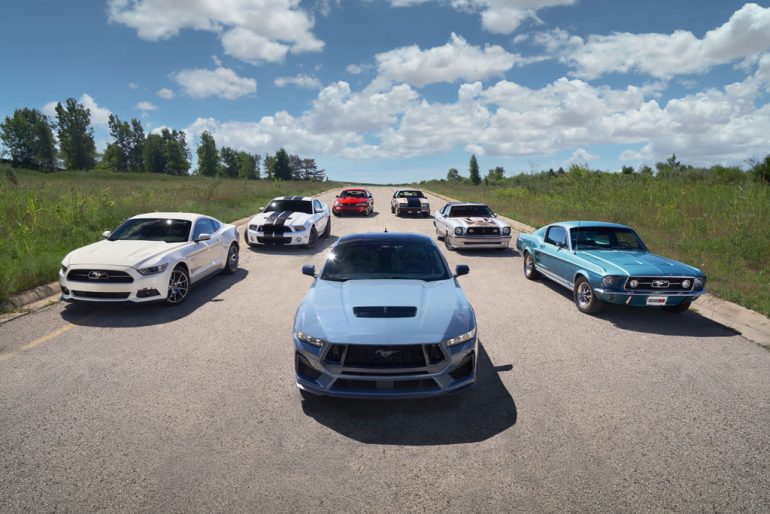 As far as powertrain options go, the new 2024 Ford Mustang has two options, an improved 2.3-liter EcoBoost turbocharged 4-cylinder or the Mustang GT’s most powerful 5.0-liter Coyote V8. Either engine can be paired with a 6-speed manual transmission or opt for the 10-speed automatic transmission, both powering the rear wheels. 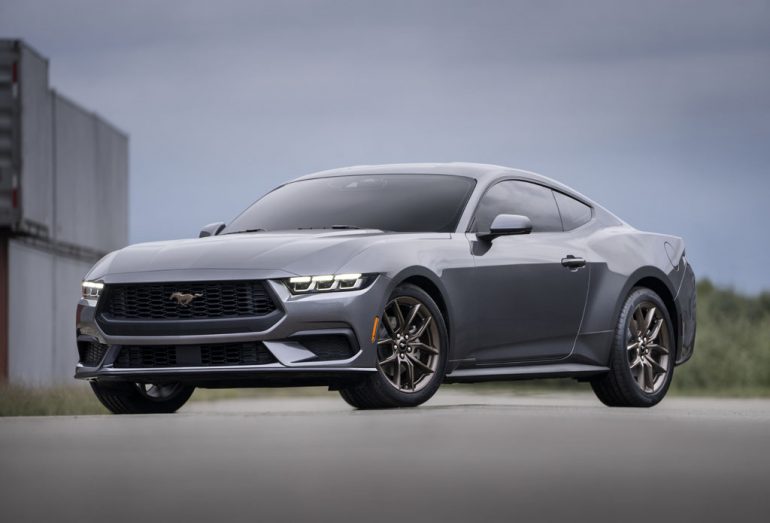 For those that want to show off a little more, apart from being silly at local Cars & Coffee events, there’s a new Remote Rev feature that allows you to rev the Mustang’s engine remotely using the key fob. There’s also a new electronic drift brake that assists – only for those who don’t want to embarrass themselves (wink wink you Mustang killers)- to help start drifts in the confines of a closed track or course. 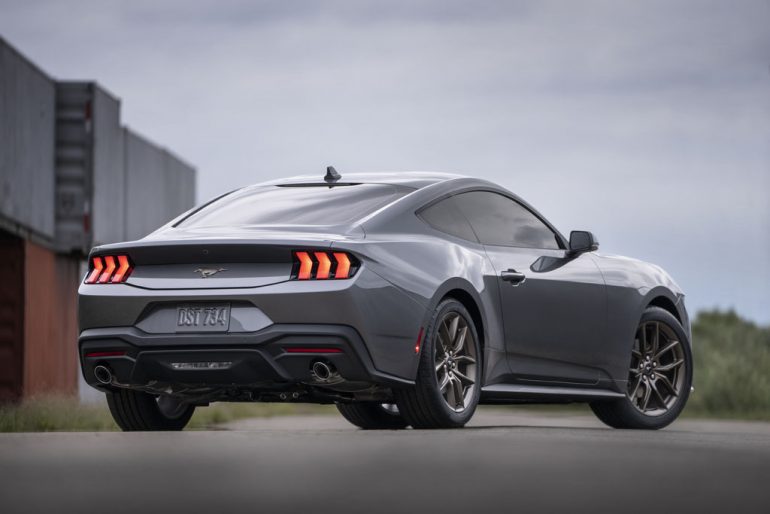 What we are witnessing here could be the very last iteration of a Mustang with an internal combustion engine or one that offers a naturally aspirated V8 without the help of electric motors. Moreover, this could be one of the very last manual transmission vehicles using such an engine that powers the rear wheels. 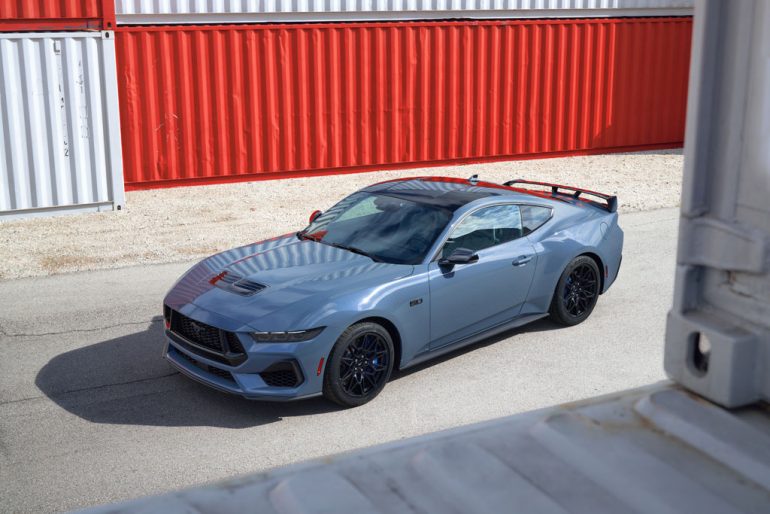 While there is no definitive word on horsepower figures other than it being 480+ horsepower, we suspect about 500 horsepower in the 5.0-liter V8 and a slight increase in power from the latest 2.3-liter turbocharged EcoBoost 4-cylinder over the last generation. 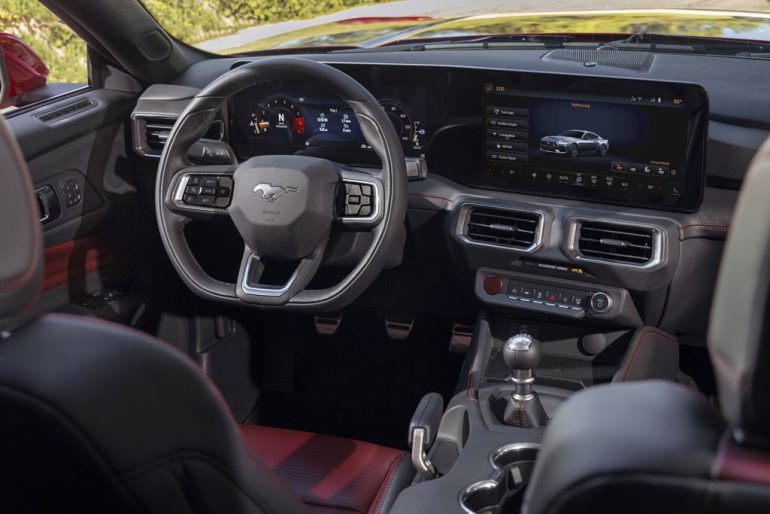 BONUS: Ford also unleashed a 500-Horsepower 2024 Ford Mustang Dark Horse, a performance-enhanced version of the new Mustang, and several racecar variations. There will be additional versions of the new Ford Mustang Dark Horse, such as a Dark Horse R and other race car (track only) varieties that the “Mustang will go back to Le Mans. Once again, we will Go Like Hell.”, according to Bill Ford, executive chair. The seventh-generation Mustang GT3 will be eligible in 2024 to race and compete. 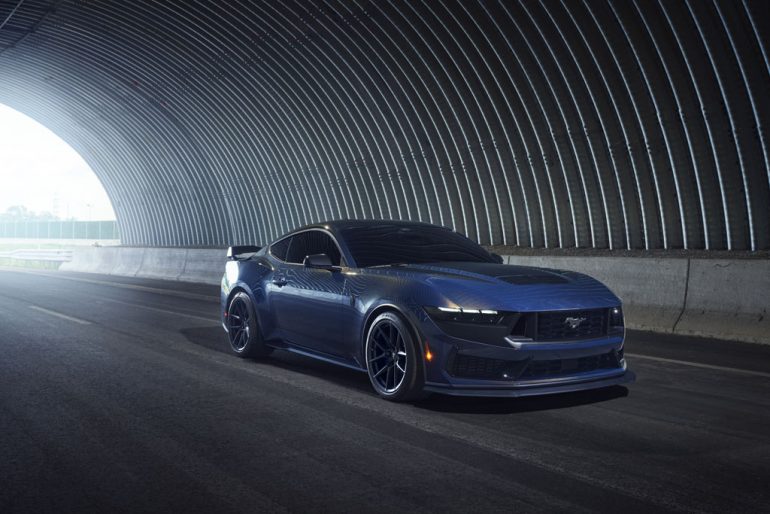 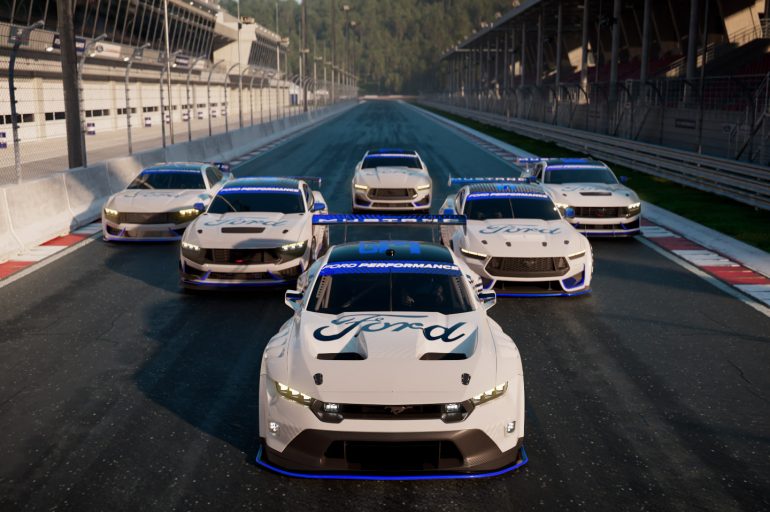