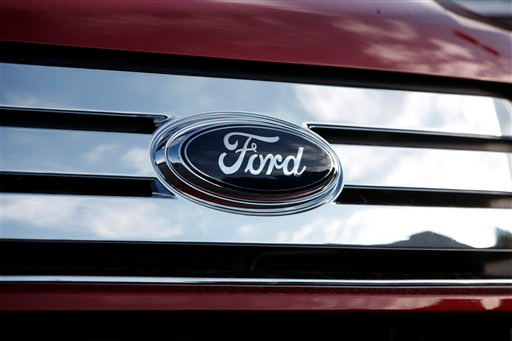 While we hear bad news everyday about the economy here is some good news. Ford has posted a profit of $997 million when compared to the third quarter of 2008.

Ford North America has bad a comeback and profit for the first time since the first quarter of 2005. The pre-tax operating profit of $357 million was also posted.

Ford has made some major leaps and bounds while Ford President and CEO Alan Mulally says, “Our solid product lineup is leading the way in all markets. While we still face a challenging road ahead, our One Ford transformation plan is working and our underlying business continues to grow stronger.”

Ford expects a “full” recovery is imminent and will be posting a full profit in year 2011. Only time will tell. Good job Ford!

“Our third quarter results clearly show that Ford is making tremendous progress despite the prolonged slump in the global economy,” said Ford President and CEO Alan Mulally. “Our solid product lineup is leading the way in all markets. While we still face a challenging road ahead, our One Ford transformation plan is working and our underlying business continues to grow stronger.”

Ford’s third quarter revenue was $30.9 billion, down $800 million from the same period a year ago. Automotive revenue is up $100 million from a year ago. This improvement was offset by a decrease in Ford Credit’s revenue reflecting a decline in receivables.

Ford reduced its Automotive structural costs by $1 billion in the quarter, largely driven by lower manufacturing and engineering costs, which included benefits from improved productivity, personnel reduction actions primarily in North America and Europe, and progress on implementing its common global platforms and product development processes. Through the first nine months, Ford has achieved $4.6 billion in Automotive structural cost reductions, exceeding its full-year 2009 target of $4 billion.

Ford finished the third quarter with $23.8 billion in Automotive gross cash, compared with $21 billion at the end of the second quarter of 2009. Automotive operating-related cash flow was $1.3 billion positive during the third quarter of 2009, an improvement of $2.3 billion from the second quarter 2009. Automotive operating-related cash flow was $3.4 billion negative during the first nine months.

Europe: For the third quarter, Ford Europe reported a pre-tax operating profit of $193 million, compared with a profit of $69 million a year ago. The improvement was more than explained by structural cost reductions, lower material costs and favorable net pricing, offset partially by unfavorable volume and mix and exchange. Third quarter revenue was $7.6 billion, down from $9.7 billion a year ago.

Volvo: Volvo continues to be reported as an ongoing operation. The effects of “held-for-sale” accounting-related adjustments are reported as special items. For the third quarter, Volvo reported a pre-tax operating loss of $135 million, compared with a loss of $458 million a year ago. The improvement is more than explained by continued progress on cost reductions, favorable exchange, and higher volume and mix. Third quarter revenue was $3 billion, up from $2.9 billion a year ago. Also, as announced last week, Ford confirmed Geely as the preferred bidder in the ongoing discussions concerning the possible sale of Volvo Cars.

Other Automotive: Other Automotive, which consists primarily of interest and financing-related costs, was a third quarter pre-tax loss of $243 million.

For the third quarter, the Financial Services sector reported a pre-tax operating profit of $661 million, compared with a profit of $159 million a year ago.

Ford Motor Credit Company: For the third quarter, Ford Credit reported a pre-tax operating profit of $677 million, compared with a pre-tax profit of $161 million a year ago. The increase primarily reflected lower residual losses due to higher auction values, and lower provisions for credit losses, offset partially by lower volume.

OUTLOOK
Despite the severe global downturn, Ford said it continues to make progress on all four pillars of its plan:

Ford said it remains on track to achieve or exceed all of its 2009 financial targets and almost all of its operational metrics. Ford will also continue to pursue actions to improve its balance sheet.

Ford now expects full-year Automotive structural cost reductions of about $5 billion, exceeding its full-year 2009 target. These costs were reduced by $4.6 billion through the first nine months. Going forward, Ford expects structural costs to be relatively stable as the company has largely completed its significant restructuring actions over the past four years.

The company said it expects full-year U.S. and Europe market share to remain at about the same levels achieved during the first nine months.

Ford expects Automotive operating-related cash flow to be positive in the fourth quarter, based on the company’s present planning assumptions.

Based on its recent performance and present planning assumptions, Ford is changing its full-year 2011 guidance for total company and North American Automotive operations from being “breakeven or better” to “solidly profitable” on a pre-tax basis excluding special items, with positive Automotive operating-related cash flow.

While the company has confidence that the global economy will be improving by 2011, the near-term growth outlook remains rather uncertain. Looking at 2010, there is a high likelihood of a substantial decrease in European industry volume as scrappage programs expire. This decrease could more than offset U.S. sales volumes, which may improve somewhat from this past quarter’s levels.

Ford expects to know more about the state of the global economic recovery and its impact on 2010 auto industry volumes in the coming months. Early next year, Ford will provide guidance on its 2010 planning assumptions and operational metrics when the company releases its full-year 2009 results.

“The third quarter is one the entire Ford extended team can be proud of because it proves that our product-led transformation is working,” Mulally said. “Leading indicators are now showing signs of recovery in all of our major markets, however, consumer confidence and labor market conditions remain a concern.”

“Despite the continued economic headwinds, we remain confident that we have the right plan and are taking the right actions to transform Ford into a lean company that delivers profitable growth for all our stakeholders,” Mulally added.

Ford’s 2009 planning assumptions regarding the industry and operating metrics include the following:

Ford’s production volumes are shown below: