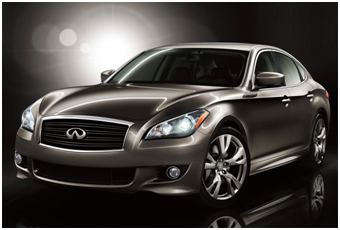 The new M56 is based on the second-generation FM platform that is currently used in the Nissan 370Z, Infiniti’s FX50 and G37. The 2011 Infiniti M56 has minor changes in the length and height, while the front track increases 1.4 inches and the rear by 0.8 inch. More obvious, Nissan widened the M56 by 2 inches and retained the same wheelbase. With these adjustments the 2011 M56 suggests “premium” in the way that only a roomier cabin can. 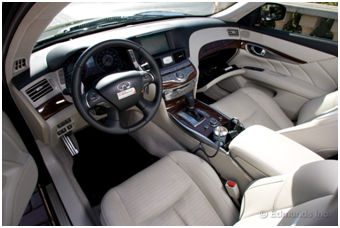 The soft, flowing lines create a nice visual reference to the Essence show car and the smaller G37 sedan. The new curves have a way of making the 2009 M appear dated, narrow and even a bit dull. That car’s featureless silhouette is replaced by a seductively curved midsection made up of doors formed from aluminum. Removed are the awkwardly oversize taillights that were unmistakably the M45. The 2011 Infiniti M56 is elegant and easy on the eyes, though some might miss the more aggressive appearance of the old M.

Infiniti’s model naming convention remains well associated with the new M series, and in the 2011 Infiniti M56 this means a 5.6-liter V8 that pumps out a nice 420 horsepower and 417 foot-pounds of torque according to Nissan’s preliminary numbers. 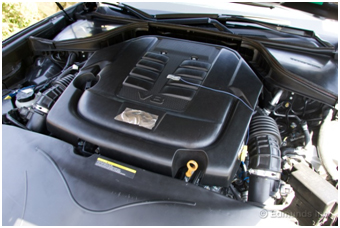 The Nissan VK engine architecture forms the basis of the M56’s V8, that exists in forms such as the 5.0-liter and 5.6 liter in the Infiniti FX50 and their SUV and Truck applications. The difference is in the numerous items, starting with unique cylinder heads on the M56’s power plant that feature direct injection and variable valve timing and lift. Nissan’s engineers report that these features make the new V8 about 10 percent more efficient than the outgoing 4.5-liter even though it has a large displacement.

This fine baby is has a seven-speed automatic transmission, the M56’s powertrain is undoubtedly capable. Gear changes are accurate and smooth and there’s plenty of torque across the rpm range. All this baby needs is a better exhaust note to help let this baby sound as good as she looks even if only on hard acceleration.

Agile Even At This Size

Nissan thinks the 2011 Infiniti M56 has class-leading interior space, and we agree. While other companies are shrinking the cabin, the M’s beltline throws this trend a curve. The outward visibility is surprisingly panoramic, at least from the front bucket. The open cabin layout, similar in design to the current M, serves to enhance the sense of ample space inside. 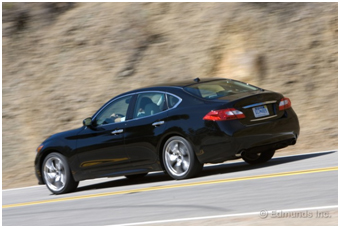 The double wishbone front suspension is carried over from the previous car. In the rear, a slightly revised rear suspension geometry that affords for more lateral stiffness, and although four-wheel steering is available, it differs slightly from the system offered on the G37 in the interests of functional transparency. Indeed, when pushing the M56 from apex to apex on some of Southern California’s best driving roads, this big sedan is snug and tight. Its steering weights up less abruptly than in other Nissan and Infiniti sedans, and it displays the willingness to change direction that is almost cat like for its size.

The lighter V6 under the hood of the M37 gives the chassis even more spryness, and the adaptive behavior of the seven-speed transmission as paired to the V6 is very nice. Sorry to say though but the M37x with all-wheel drive gives a sportier ride that the M56.

The M’s we were driving at the time of this test were still in the development stage. We have been notified that the personality of production versions of the 2011 Infiniti M56 will be enhanced through revisions to the throttle and transmission calibrations, and that they’re taking another pass at its exhaust note.

M models equipped with the Sport package will receive sexy 20-inch wheels with 245/40R20 summer tires, firmer springs and dampers, bigger brakes (14-inch front and 13.8-inch rear rotors, up from 12.6 and 12.1-inches in non-Sport models) with four-piston front calipers and four wheel-steering. Interior for Sport models include seats and gear selector, plus a steering wheel equipped with shift paddles (which I hate). Yes the M56 is still a luxury car — the Sport package’s underpinnings absorb the harsh thumps of crappy roads gracefully. 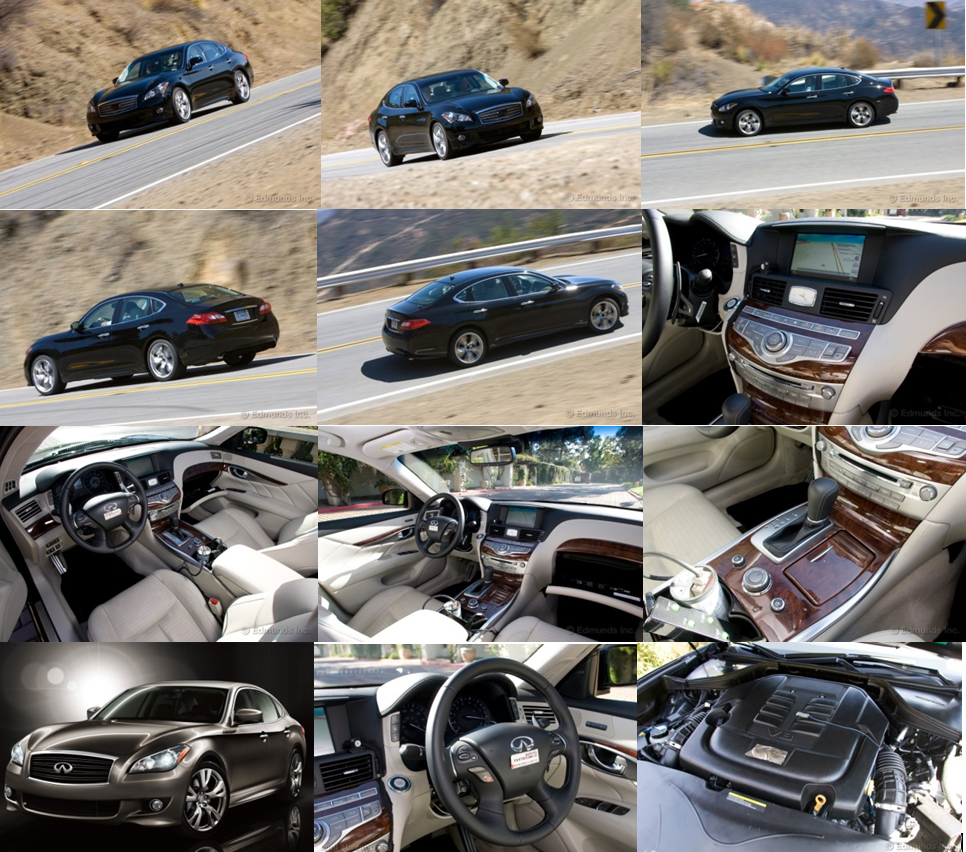 The M56 has a technically advanced cabin for a modern luxury sedan. Available features include lane departure correction, various settings for the powertrain’s snappiness, intelligent cruise control and a blind-spot intervention system. There’s even an air-conditioning system called Forest A/C that actively neutralizes offensive odors, modulates humidity and creates an oscillating breeze. You know, like in a wilderness.

With the absence of a true Infiniti flagship I guess this will have to do for now.