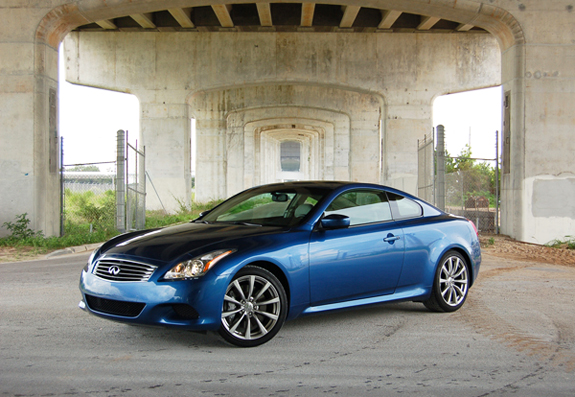 Not many cars give you a warm and gushy feeling before you even drive it, but somehow the new Infiniti G37 Coupe does the job just fine and reaffirms it with a slight push of the gas pedal. The new 2009 Infiniti G37 Coupe offers a lofty 330-horsepower V6 engine.  This is one of Nissans infamous VQ power-house motors that has been perfected many times over. In addition to the refined powerplant, a 7-speed automatic transmission is standard for all G37’s while a 6-speed manual is available on the Sport 6MT version. 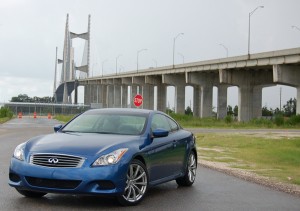 Our test Infiniti G37 Coupe Journey was loaded up with several options including the premium package, sport package, navigation package and even illuminated kick plates. Of course with the addition of these wonderful “packages” comes a hefty price for a Japanese luxury sports coupe but manages to stay well below the German competition. Every optional feature sits well with this vehicle. Even the infamous Infiniti dashboard clock is placed in a central location where all occupants can see it. 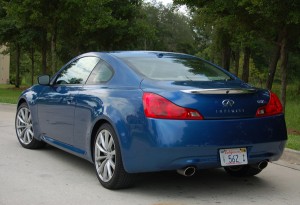 The outside of the new Infiniti G37 Coupe is a sleek and, can I say, classic looking vehicle. I say classic because it has been over 6 years that the Infiniti G has been on the market and Nissan has managed to avoid straying too far from the original G35 design. When Infiniti was first introduced to the American shoreline it was not an instant hit. It actually took the Infiniti Q45 and the late introduction of the G35, based on Nissan’s FM-platform along with the 350Z, to put them on the same pedestal as the likings of Lexus. After the G35, the rest is history.

From the standard VSC, ABS, TCS, EBD and TPMS to the sport packages’ vicious limited 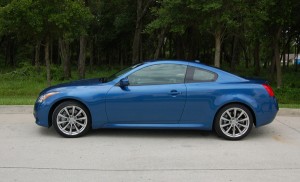 slip differential, solid magnesium shift paddles, 19 inch wheels, 4 piston brake calipers up front and sport tuned suspension, the G37 is a sure footed coupe that could almost be compared to it’s not-so-distant cousin, the Nissan GT-R. Although the G37 coupe is far from a GT-R, there is a hint of the boy-racer attitude when the right-foot is planted to the floor. Speaking of planting the right foot, the exhaust note from the G37 Coupe under heavy throttle can be breathtaking to many but all too common to those who have driven a stock 350Z or new 370Z. 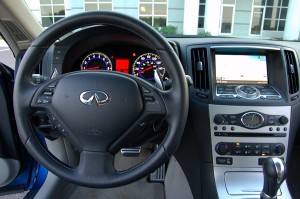 The exterior aesthetics of the G37 coupe are appealing enough to get you a blind date on a Saturday night but don’t expect too many heads to turn when you drive down Rodeo Dr., although the Athens Blue color of our test vehicle received several positive comments during several trips to the gas station. Did I say “several trips to the gas station?” Yes, do not expect to get any decent gas mileage figures when driving the G37 Coupe in the city. The VQ series V6 delivers plenty of punch but at a cost of an 18mpg rating in the city and 26 on the 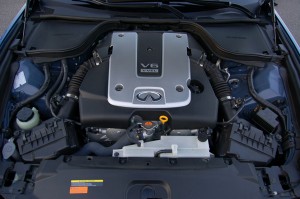 highway. Our real-world test on the highway with 2 adults averaged 24.5mpg while driving a steady 79 mph. Our test in the city, well, we managed only 17.5mpg but that included a lot of stop-and-go traffic during the peak of rush-hour.

Don’t worry, while at the gas station you can actually check your own oil now. Before, the G35 made it almost impossible to check the oil with the lousy dipstick location and design. The G37 fixes this issue.

Inside the G37 Coupe you will find very 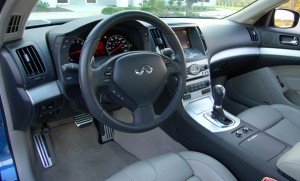 well laid out controls with clear and concise markings. The user friendliness of the navigation system is on par of a Mac running Windows. You have over-lapping controls in some aspects due to the touch screen, scroll wheel, steering wheel mounted controls and the center dial buttons. If you are ever familiar with only one way of controlling your navigation system, Bluetooth integration, stereo or HVAC controls, then the G37 Coupe should meet your requirements.

The easy to read cluster with electroluminescent background lighting is always a joy to gaze at especially when observing how fast you can bury the red needles. After all, this is supposed to be a luxury sports coupe and not a grocery getter right? The proof is in the lack of trunk space and cramped, but usable, back seats. The G37 Coupe makes up for this with plenty of legroom up front and the perforated heated leather seats with adjustable bolsters and lumbar. The aluminum trim and accents add a soft sporty appeal to the interior. 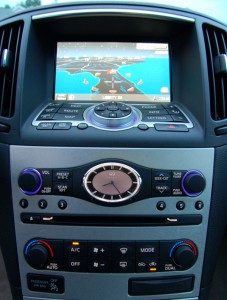 Everything is in its place. The new G37 Coupe’s interior is proof that Nissan has improved over the years and swayed away from using too many cheap plastics as to devalue the vehicle no matter how good it drove.

Overall, the G37 Coupe is an excellent alternative the benchmark setting BMW 335i Coupe. The base price of the G37 Coupe starts at $35,900 with the BMW 335i Coupe starting at $42,200. I know what you are saying, the BMW 328i Coupe is only $36,500. Come on folks, the G37 Coupe is packing 330hp and the BMW 328i Coupe has 230hp. That’s a whopping 100 ponies you’re missing. You can’t bring a knife to gun fight and expect to come out on top even if the knife has 50,000 miles of free maintenance. I know it is not all about performance especially when everyone is trying to be more economical these days and the BMW 3 series has been a car and driver’s “10 best” for almost two decades. I am still partial to BMW’s because I own one but I can honestly say, the G37 Coupe is a worthy contender in 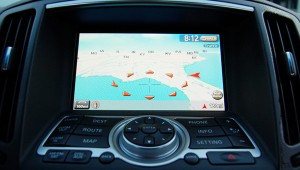 the luxury sports coupe market. You get a decent amount of “stuff” in several aspects with the new 2009 Infiniti G37 Coupe. Now all I need to do is test drive the 2010 G37 Convertible and I will tell you if I would choose the BMW 335i Convertible over it. 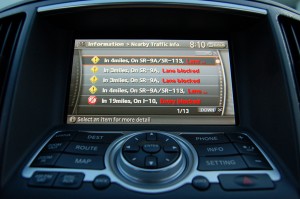 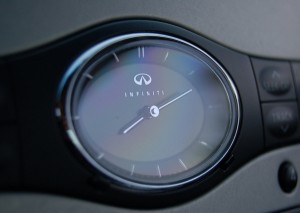 Base Number of Cylinders: 6 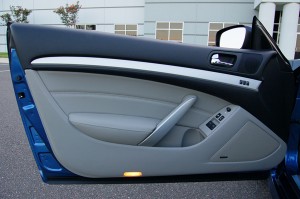 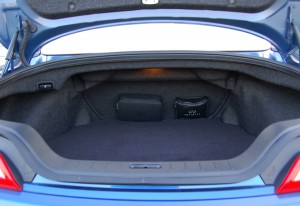 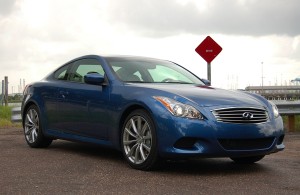