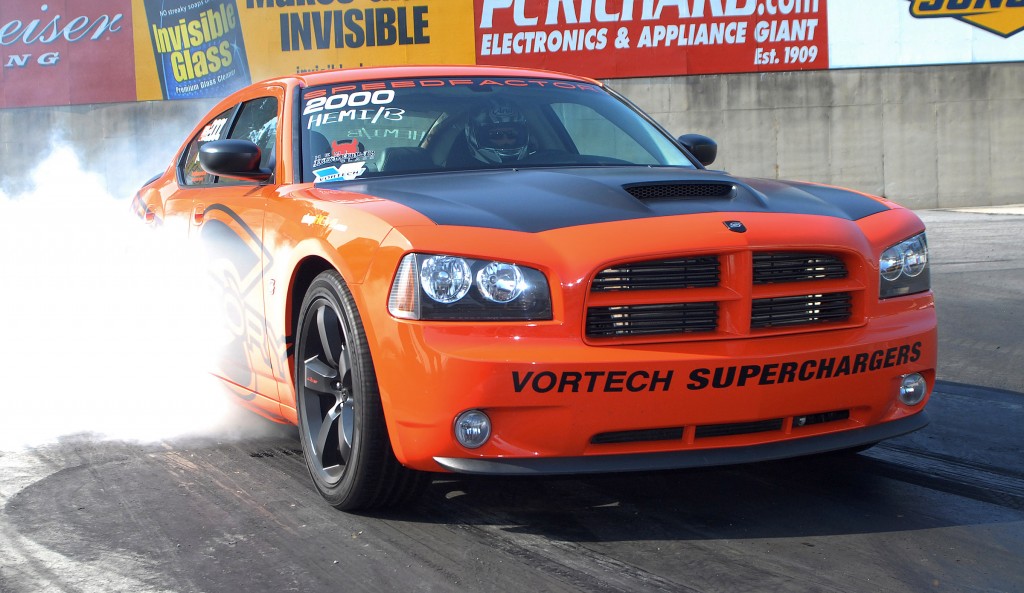 SpeedFactory tuners have taken claim to a world record for the Chrysler LX/LC Platform running the quarter mile in 9.453 seconds at 143.38mph.

SpeedFactory set out to accomplish something never been done before at the South Georgia Motorsports Park, push a late model Charger literally to its limits.

The 2006 Dodge Charger uses its infamous 426 HEMI that gets some help from a V7 YSI supercharger to pump out an astounding 900 horsepower. The car weighs in at 3,750 lbs due to the stripped interior.

Check out the quarter mile run video and full press release below! Enjoy!

A GEN III 426 HEMI stroker motor is boosted by a Vortech centrifugal-style V-7 YSi-trim supercharger and is controlled through factory electronics, producing over 900 HP. The car retains modified factory components: transmission, IRS differential with 1000HP half shafts, suspension and shocks. A curb weight of 3,750 pounds was achieved by removing the interior.

“We are all very proud of this achievement, which showcases our continued commitment to the development of our brand and ultimately carries over into our customers’ vehicles,” said Mark Brucks, general manager, SpeedFactory. “With the introduction of the Drag Pack Challengers, we knew that records would be broken, and to achieve this with a modified stock vehicle that still utilizes the factory components makes this even more exciting to us and our partners. We believe there is more that can be done to produce even faster times.”

“The Vortech V-7 YSi-trim supercharger supports up to 1200HP with 78 percent efficiency,” said Gil Cormaci, director, sales and marketing for Vortech Engineering. “We are very pleased to be associated with SpeedFactory and Landmark Dodge Chrysler Jeep. The application of our YSi-trim compressor to this HEMI Charger was done with the highest expertise, resulting in this impressive time and speed.”