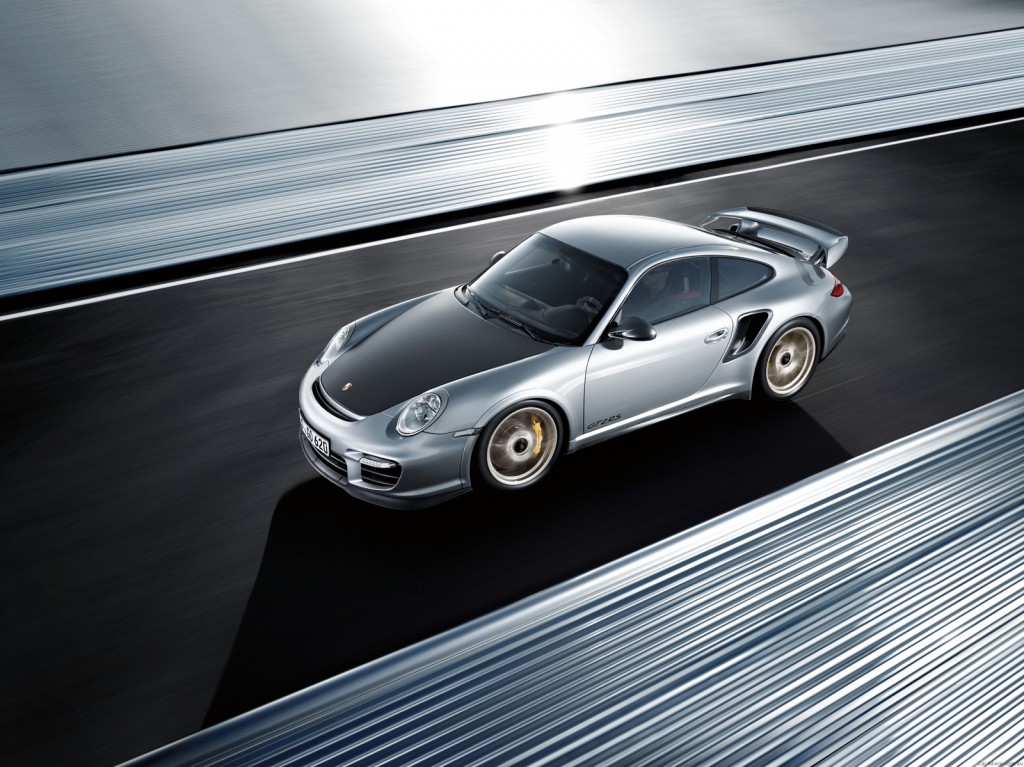 Following all of the leaked photos that we brought to you previously, Porsche has now officially released some of the first official photos and details of the upcoming Porsche 911 GT2 RS. The GT2 RS will be the fastest and most powerful street-legal Porsche even faster than the Porsche Carrera GT.

You may want to note the first lines of the official press release below… “The time: seven minutes, 18 seconds on the Nürburgring-Nordschleife.” Basically, that means this bad boy is fast!

View the video, hi-res images and the full press release in its entirety below.

90 More Horsepower, 154 lbs Less Filling
The latest 911 is the fastest and most powerful road-going sports car ever built in the history of Porsche. With horsepower (hp) up by 90 and weight down by 154 lbs (70 kilograms) in comparison with the previous 911 GT2, the new 911 GT2 RS has a power-to-weight ratio of just 4.9 lbs (2.21 kg) per horsepower, by far the best power/weight ratio in its class. These are the ideal ingredients for an ultra-high-performance sports car with supreme agility and truly blistering performance on the road. Perfectly illustrating Porsche Intelligent Performance, the 2011 GT2 RS achieves a reduction of approximately 5 percent for both fuel consumption and CO2 emission reduction when compared with the previous 911 GT2.

Unique Tires, One of a Kind Performance
New tires were specifically developed for the 911 GT2 RS and measure 245/35 ZR 19 at the front and 325/30 ZR 19 at the rear, delivering cornering performance to match the straight-line speed. Extreme cornering dynamics are ensured by the setup of the springs, Porsche Adaptive Suspension Management (PASM), unique anti-roll bars, specific engine mounts and recalibrated Porsche Stability Management (PSM), whose stability and traction control functions can be switched off individually.

The combined effect of these developments is evident on the racetrack. In fact, the ultimate 911 accelerates from 0-60 in 3.4 seconds, boasts a top-track speed of 205 mph and laps the famed Nürburgring-Nordschleife racetrack in just 7 minutes and 18 seconds.

Carbon Fiber, Limited Production
In its looks, the new 911 GT2 RS stands out clearly from the other 911 models through the lavish use of carbon-fiber-reinforced (CFR) components with a matt-black surface finish, even wider wheels (including flared wheel arches at the front), new light-alloy wheels with central locking and “GT2 RS” model designations on the doors and rear lid. Matte-finish carbon also graces the redesigned front spoiler lip and the 3/8th of an inch (10 mm) taller rear spoiler lip – which both enhance aerodynamics and provide extra downforce.

The interior of the 911 GT2 RS also exudes sporting performance in virtually every detail. Lightweight two-piece bucket seats made of carbon-fiber-reinforced plastic are standard, as are lightweight door panels with fabric straps instead of traditional door handles. The basic interior color is black, which contrasts with red elements, such as the seat center sections, the roof lining and segments of the steering wheel rim. The gearshift and handbrake lever are also finished in red alcantara.