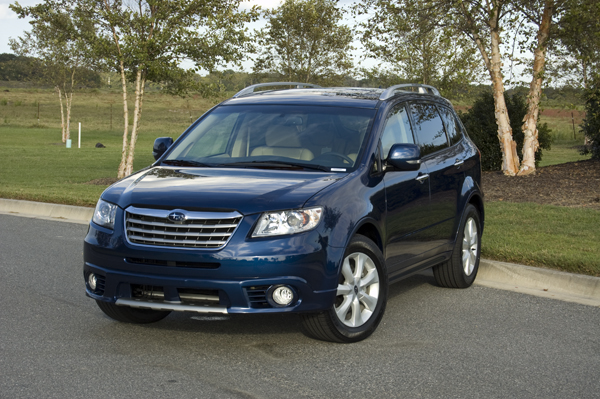 The Subaru Tribeca started off as the B9 Tribeca with a uniquely styled front end to say the least. The newer styling of the Subaru Tribeca was received well in the creation of a cross-over SUV that has the soul of an all-wheel-drive boxer engine platform. For 2011 that same tradition continues in a well refined cross-over with room for 7.

Our 2011 Subaru Tribeca Touring test vehicle is well-built. You can tell how well constructed the Tribeca is due to its roomy quiet cabin and its good fit-and-finish all around the exterior. Outside of the Tribeca you will find a friendly looking front fascia that looks several times better than the older Tribeca which carried the ‘B9’ moniker. Although there is not much about the exterior that makes it stand out from the crowd, it flows well and looks decent. The Tribeca can easily fade into the background of other popular cross-over vehicles due to its subtle styling. I think of it as a ‘safe’ move by Subaru to avoid creating anything out of the ordinary. Either way, the Tribeca won’t draw any serious negative criticism about its exterior styling. 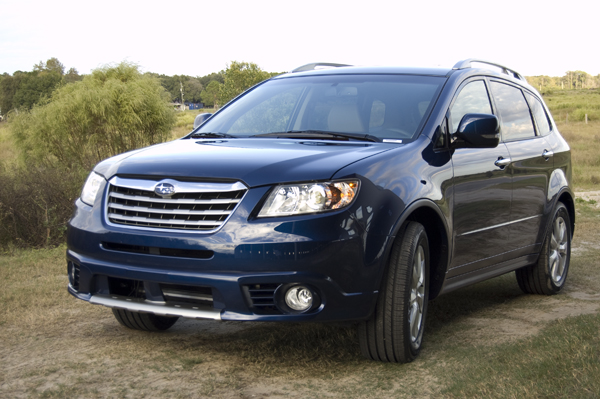 Inside the Tribeca, you have a big open space large enough for 7 passengers. The rear seating area directly behind the front seats have several adjustments that suit to the needs of the two last-row passengers. With the middle row adjusted all-the-way back the last-row as no leg room what-so-ever. Pulling the middle row forward makes way for someone 5 foot or shorter somewhat comfortable in the last-row seats. 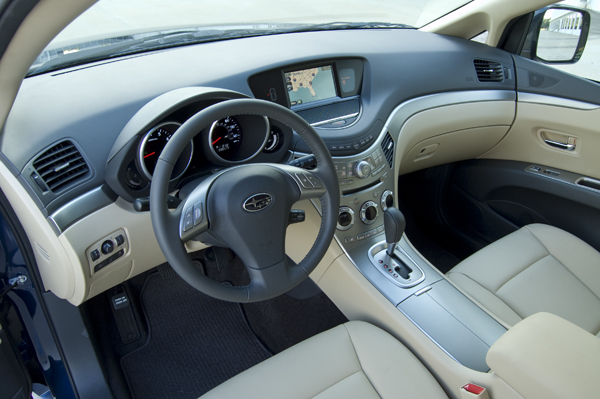 Aside from the interesting rear seating positions, the Tribeca is very spacious up front allowing ample room for the driver and front passenger. The front seats have a vast amount of adjustability forward and backward allowing people well over 6 feet tall to feel welcomed. The dashboard flows well from the driver’s side cluster through the high-mounted center navigation LCD screen. Some of the controls below the navigation and information LCD screen could use more character because they come off as being cheap. Also, the HVAC controls look like an inexpensive toy with digital number readouts.

The rear seating area has a separate a/c fan control directing air directly from the roof through two large vents. Our test vehicle was equipped with an over-head DVD player with LCD screen for movie playback. 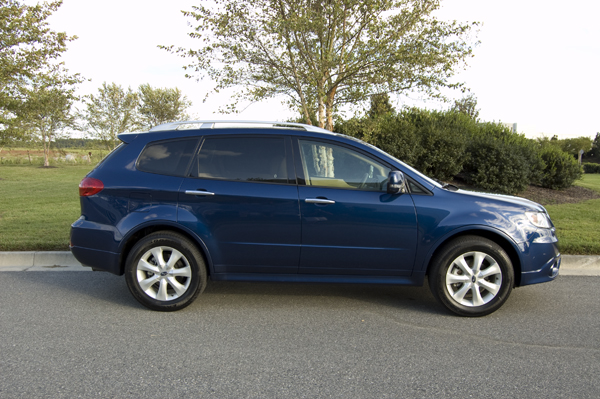 Where the Subaru Tribeca shines is in the department of drivability. Subaru’s symmetrical all-wheel-drive system is excellent and does what it is supposed to do. Having had a chance to drive the Tribeca in the rain, I found it to be planted well on the road even when wet. The 18-inch wheels and rather large 255/55 tires is more than adequate for the Tribeca’s power output. The flat 3.6-liter 6-cylinder produces a decent 256 horsepower and 247 foot-pounds of torque vectored through all four wheels. On dry pavement you would be hard-pressed to be able to break any of the tires loose because this cross-over has some serious meat wrapped around its alloy wheels.

On the highway the Subaru Tribeca is well behaved and handles rough roads without too much harshness. The Tribeca also handles light-off roading with dignity but anything more would be a risk of trapping the 4,200 pound SUV literally between a rock and a hard place. 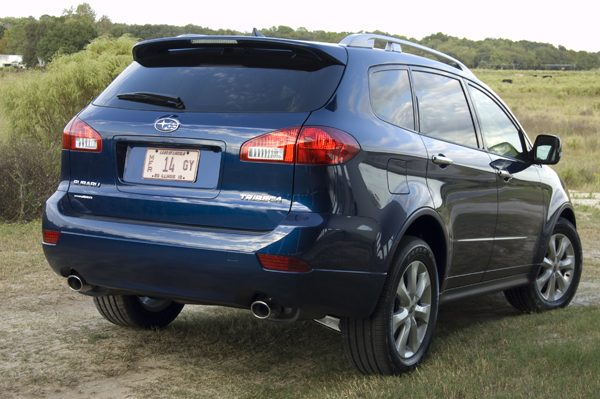 Gas mileage is constant but that is where the good news ends. Getting a trusted 18mpg during my test of mixed highway and city driving had me at the gas station a lot sooner than I wanted. Even during my steady 70mph interstate cruise the Tribeca only best 19.1 mpg. This could have also been due to my Tribeca test vehicle having just over 300 miles on the odometer. This one still had to be broken-in. The EPA fuel economy figures for the 2011 Tribeca are 16mpg city and 21mpg highway.

The GPS navigation system is not the best I have used from a vehicle manufacturer, but it is also not the worst. Once you figure out the operation of the touch-screen system, it is somewhat easy to use. I have to admit, it does take a few minutes to get acclimated to the Subaru navigation system. My Tribeca test vehicle was also equipped with a decent sound system. The Harmon/Kardon audio system has 10 speakers and a 6-disc changer that reads MP3s. 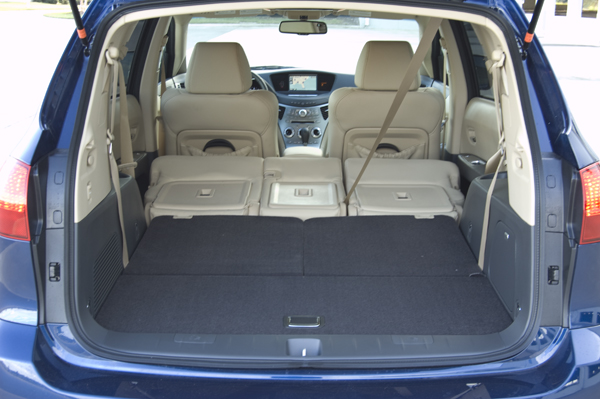 In terms of safety, Subaru makes no compromise. The new Tribeca is among the safest vehicles on the road especially with its ‘proven-tech’ all-wheel-drive system helping you avoid accidents. 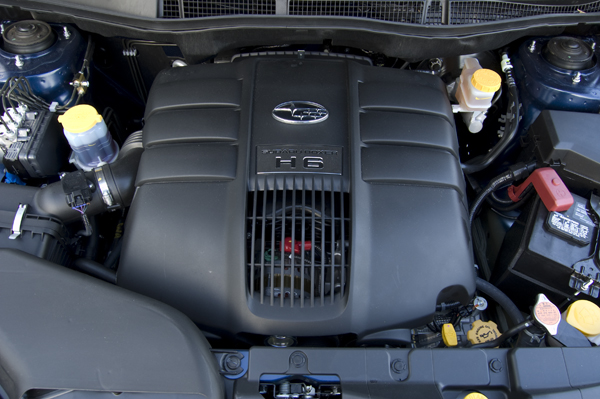 Those who live in a world of mediocrity will feel right at home in the new Subaru Tribeca and that is perfectly fine because I could name a handful of other cross-over SUVs that fit the same category. If you are in the market for a cross-over SUV with seating for 7, a few high-tech gadgets, an awesome all-wheel-drive system, uncompromised safety, then you should take a look at the new Subaru Tribeca before you make any hasty decisions on something else.