LegitLifestyle.com Chooses The Best Sports Car for Under $10,000 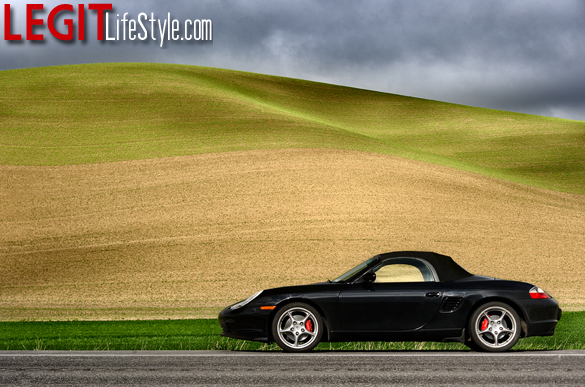 I’ve been a big proponent of buying used cars over the past few years.  In fact, I can’t think of a reason why anyone buys a new car these days – it just doesn’t make financial sense.  In a world where corrupt politicians pass legislation to devalue your dollar, and evil bankers are pushing us to live beyond our means at 22% APR’s why would you?  However, this cynicism has pushed me to start scouring the U.S. for what I think are the Legit choices in the used car markets.  Today we’ll tackle the Best Sports car for under $10,000.

The only cars I’m going to be considering are all-original 2-door sports cars with a man pedal.  No fancy engine swaps – just a sports car with looks, performance, and above all – VALUE. 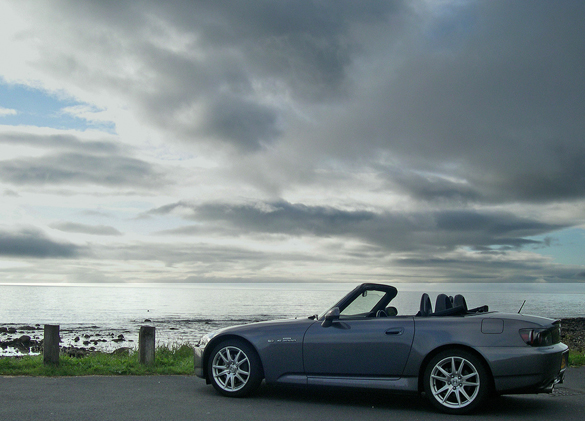 In a world where cars manufactures are imitating the obesity of their customers, the Honda S2000 is like a chiseled Japanese kick boxer.  It weighs less than a whisper and has a potent 2.0L 4 Cylinder with a ridiculous 9,000 rpm red line.  Want to know how badass a car really is?  Find out if it was ever offered with an Automatic.  The S2000 came with a 6 speed and no slushbox was ever offered.  Yea, it’s a bit ballsy and wild at the edge with a tendency to snap oversteer on unsuspecting occupants but that’s what gives the car its charm and defines its “X” factor.  Everything in life is more exciting when you add in the expectation of possible death around the next bend.

The value of this car is hard to surpass.  Depreciation hit the early AP1’s pretty hard – apparently some people do want Automatics for their morning commutes.  But that means that you can get an agile, lightweight, sports car with around 70k on the clock for around $10,000 these days.  Maintenance is a joke as like most Hondas, it can be disassembled with a 10mm wrench and cursing. 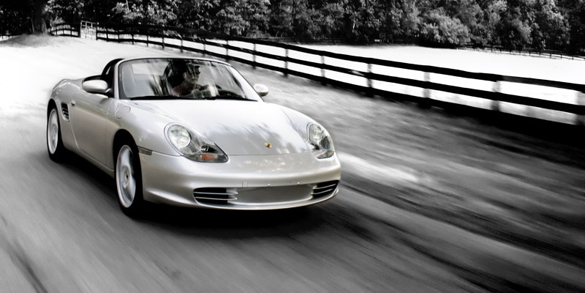 What say you?  A chick car?  GTFO!!!  Yea I know, but hold on before you pre-judge the German rival.  A lot of people consider the Boxster to be nothing more than a big sign on your forehead that says “Look at me – I’m too poor to buy a 911!”  For others, it’s a car that says you bought the best handling chassis you could for the money.  I have to admit – I was in the former of these two groups until I drove one.  It wasn’t even an “S” model and yet it wowed me.

The noise from the German six-cylinder beats the Honda’s mechanical 4-cylinder clatter any day of the week.  The gearbox is even more crisp and positive and the handling – oh my – the handling.  If you don’t know why people are always banging on about “mid-engined” superiority and why the blokes in Italy are always configuring their cars this way it’s because you haven’t driven one yet.  There simply isn’t comparison.

Where does the Boxster fall flat?  Maintenance will undoubtedly be higher as there is no topside engine access and you have to put the car on a lift for pretty much everything.  But finding a reputable independent could remedy this situation easily.  The fact is this – modern Porsche’s are more reliable than Honda Civic’s.  The other downside is subjective, but important:  the looks.  I cannot STAND the front end of this car.  The 2011 Boxster is downright gorgeous, but the early models were, well, how can I put this nicely – un-proportioned.

Value actually has to beat out the Honda as well because the original MSRP for the base Boxster back in 1997 was over $42,000 big ones.  And you could have a nice example with around 60,000 miles on it and a solid service history in your driveway for under ten grand.  Hail to the kings of 75% depreciation! 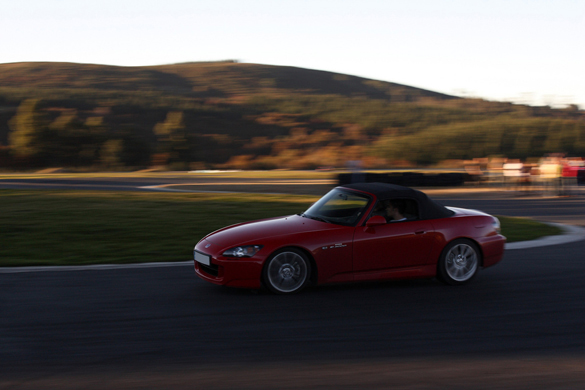 I choose the Honda and before you lynch me after selling you on the superiority of the Porsche let me explain.  The Porsche wins on the chassis, engine, and gearbox as far as I’m concerned.  But the interior looks dated in comparison to the Honda’s.  Also, the Honda’s leather holds up much better.  The trunk, while not much larger, would make living with an S2000 much easier in the real world.  However, where the Porsche doesn’t stand a chance is in the styling.

I think I would have to drive around with a paper bag on my head in the Porsche and I’d never be able to put the top down for fear of being recognized by someone I knew.  This embarrassment doesn’t stem from some elitist “I’ll look poor” insecurity – but the fact that the car is hideous.  Give me a new 2011 Boxster today and I’d drive it everywhere and tattoo my forehead with its silhouette with pride – but the original revokes urges typically reserved for those after a night of hard drinking.

Matt Thomas is the Senior Editor for Legit LifeStyle, an Automotive, Entrepreneurship, and Lifestyle Blog.