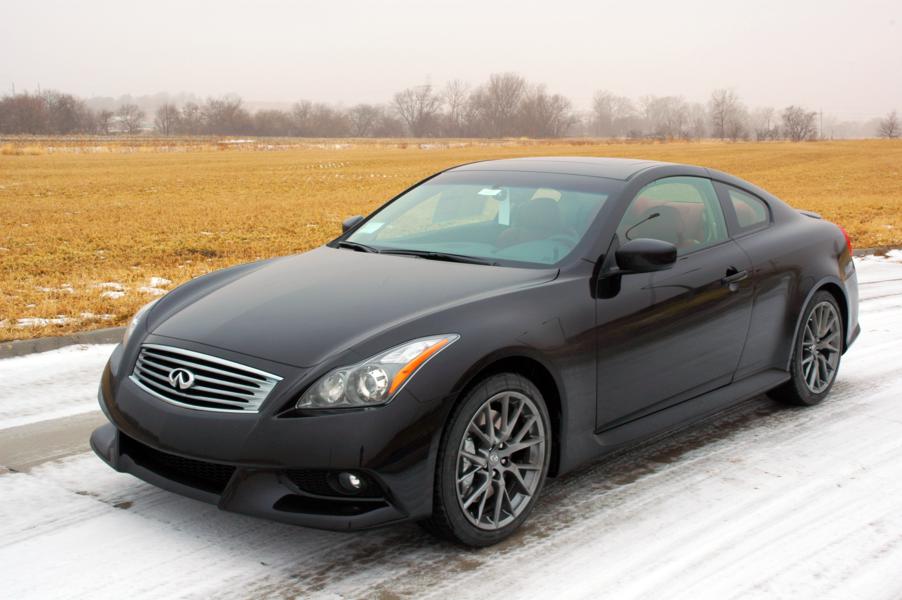 New for 2011 is the launch of the Infiniti Performance Line, or IPL.  This is the latest manufacturer-sponsored in-house tuning shop meant to take on models from Lexus’s F-Sport division and Mercedes-Benz’s AMG house.  The first model in the Infiniti lineup to receive the IPL revamp is the 2+2 G37 Coupe.  This IPL model will sit atop the G37 range above the current 6-Speed G37 S and retail for approximately $50,000.

A subtle and flowing body kit makes up the first noticeable additions to the IPL Coupe.  The aero kit features a redesigned front and back facias, sideskirts, and an IPL spoiler.  19” IPL-specific wheels can be found adorning the normal G37 S derived 4-piston brakes on Potenza RE050A summer radials and measuring P225/45R19 front and P245/40R19 rear.

The new IPL badge sits prominently displayed on the back bumper.  In a world of tuning houses that stamp every inch of the car with their performance designation the Infiniti Performance Line has opted for a more restrained and subtle annotation.  There are only two IPL badges on the car; one on the rear bumper and the second is stamped on the cover of the potent 3.7-liter Nismo derived V-6 engine. 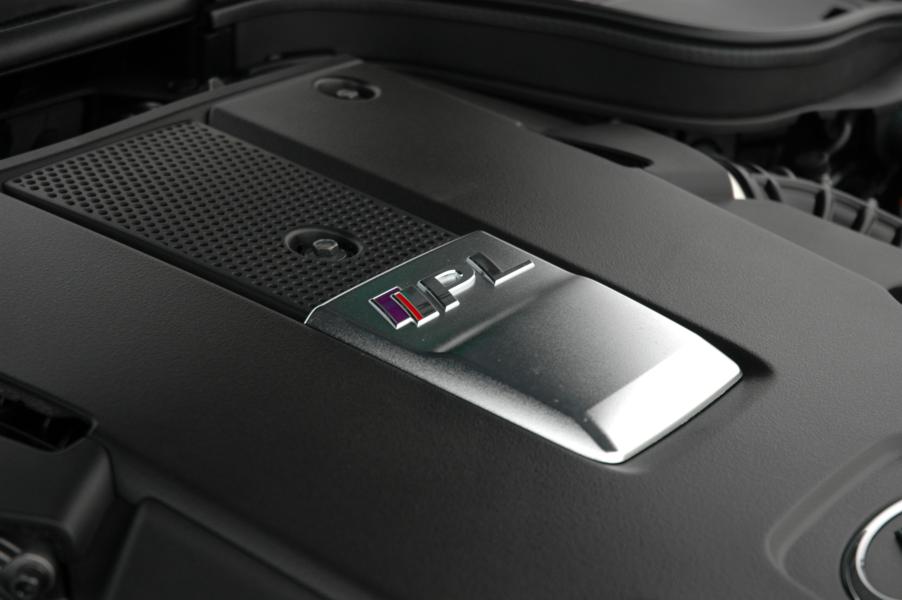 The engine, lifted from the Nismo 370Z, has been uprated 18 HP from 330 to 348 hp and 276 lb-ft. of torque.  The VQ37HR is very responsive and has a strong and robust power delivery that never seems to feel constrained or out of breath as it races to its 7,500 rpm redline.  The IPL may get from 0-60 a bit quicker than a standard G37 S but the engine difference really isn’t all that apparent during typical operation.  Only when you let the engine really open up in the top part of its rev-band do you get the sense that this version of the VQ37 really does breath much better than its less-refined stepbrother.

Infiniti has fitted a revised exhaust system that provides a 30% reduction in backpressure and an enhanced engine note.  The IPL edition has been fitted with massive 120mm exhaust tips which, if we’re honest, are a bit much relative to the otherwise understated design queues.  There is no undesirable engine resonance within the cabin below 2,500 rpm and it’s apparent that the IPL team spent a lot of time making sure the exhaust had been tuned correctly to avoid this noise. 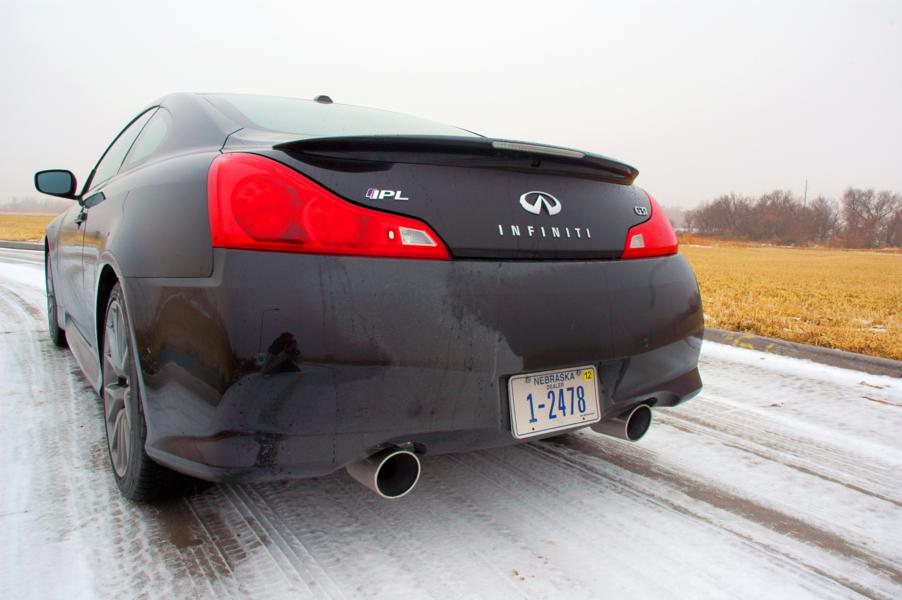 The interior is lavishly appointed with navigation, backup camera, your choice of Monaco Red or Graphite black leather and somewhat useable rear seats.  While the rear seats would be unsuitable for anyone other than small children they do make the car more useable and practical for daily use.  The dash is well laid out and simple.  The IPL edition comes with standard aluminum trim throughout the cockpit and unlike some competitors which use plastic or faux metal the IPL’s trim is real aluminum and adds a great deal to the overall look of the interior. 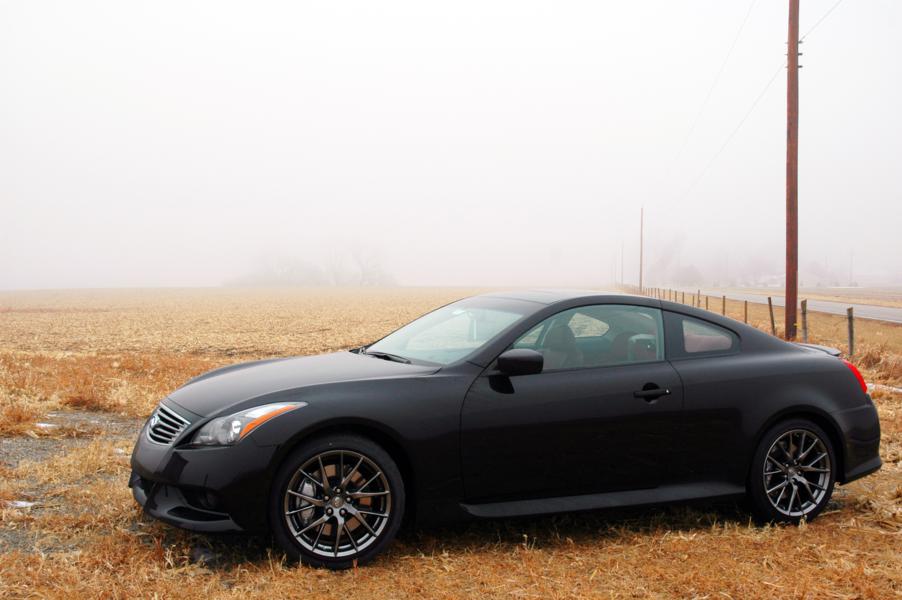 Suspension tuning has been completely revamped by the IPL team.  A G37 IPL has a 20% stiffer spring in the front and a 10% stiffness boost to the rear in addition to a completely revamped and retuned shock valving and dampening setup.  The suspension is firm without being harsh and never feels anything less than composed and stable on the road.  The Infiniti Performance Line engineers tried over 70 combinations of suspension settings before finally settling on the production version.

The transmission is available in either a 6-speed manual or 7-speed automatic with paddle shifters.  While not a double clutch gearbox it does a tidy job of calling up gears on command with little lag.  During our testing we were never able to confuse the transmission or found any undesirable judders or clunks from the drivetrain.  The car comes equipped with a Viscous Limited Slip Differential which will keep all the power doing to the ground in the most efficient way possible.  Driving on wet roads proved to be no problem for the G37 IPL as the LSD kept traction where it needed to be. 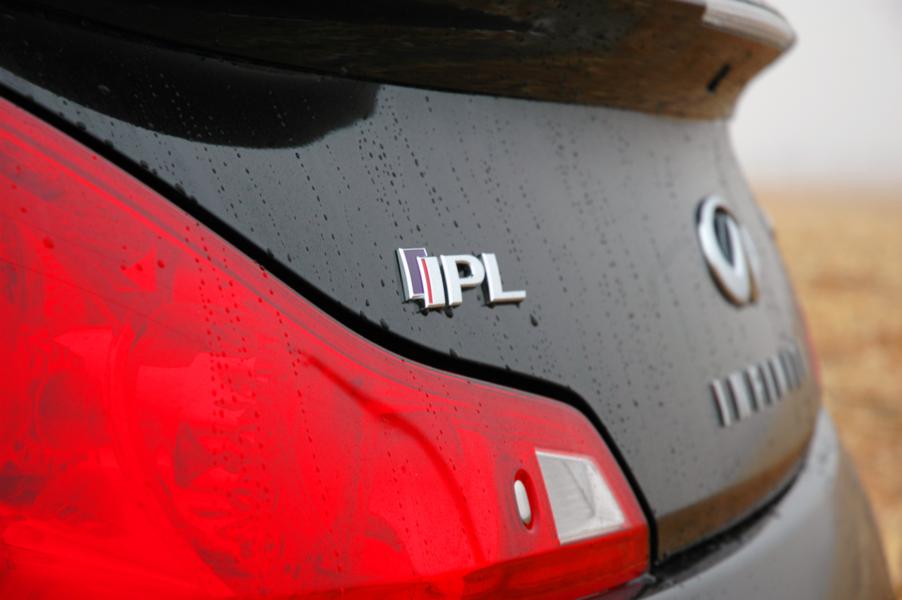 It remains to be seen how well the IPL line of performance enhanced cars from Infiniti will be received but we think they have a solid foundation to expand on.  The IPL would serve as an excellent daily driver or commuter vehicle that still has the potency to back itself up when called upon for weekend trips through winding backcountry.

We would like to thank Infiniti of Omaha and Terry Schutz for allowing us to perform a full test drive and review of the new 2011 Infiniti G37 IPL.  If you are in the market for a new or used Infiniti be sure to contact Infiniti of Omaha at 402.592.2200 and mention this article.

Matt Thomas is the Senior Editor for Legit LifeStyle, an Automotive, Entrepreneurship, and Lifestyle Website.