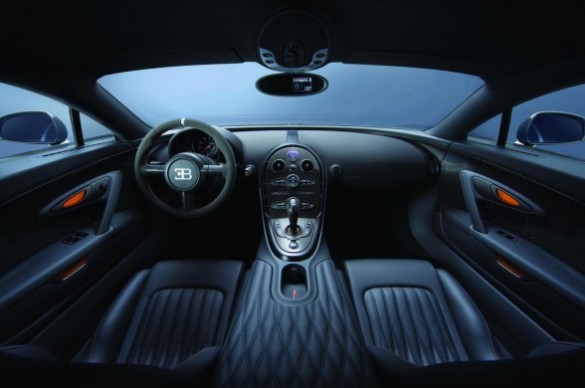 The Veyron Super Sport, from the inside.

If you’ve been holding out on buying a Bugatti Veyron because it just wasn’t fast enough for you, even in Super Sport trim, I’ve got good news: AutoExpress is reporting that a replacement for the storied supercar has been given a green light. If rumor is to be believed, the Veyron’s replacement will push the envelope as much (or more) than the original car did. According to inside sources, the new car will be lighter and even quicker than the Veyron it replaces, but don’t look for a significant change in the car’s unique styling. A Bugatti Veyron must look like a Bugatti Veyron, no matter what.

It’s really too early to speculate on specific details, although Auto Express believes that Bugatti will stick with the same quad-turbo W16 engine and seven speed, dual clutch gearbox used in the Veyron Super Sport. Power will be at least as good, so expect a minimum of 1,200 horsepower and over 1,100 ft lb of torque in a car said to weigh in at just over 4,000 pounds. That should be good enough for a 0 to 100 kilometers per hour time of 2.5 seconds, and a top speed of 270 miles per hour.

Expect the new Veyron to hit the auto show circuit in 2013, with a speculative price around $1.6 million. Let’s hope that’s enough for Bugatti (and parent VW) to break even on the new cars, instead of losing money like they did on each original Veyron sold. Even if I can’t afford one, it’s strangely comforting to know that their production will be continued.