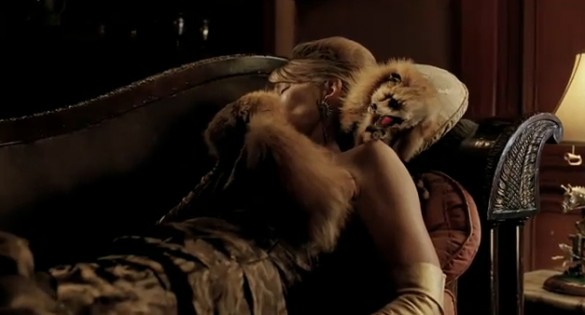 If you like things boring and old school, live in a mansion and throw elaborate dinners where no one eats anything, you should buy a Mercedes-Benz S63 AMG. If you still have enough income to tip your mailman in hundred dollar bills, but are younger and hipper than the “old money” crowd in the video, you should buy an Audi A8. At least that’s the message I’m getting from Audi of America’s latest video, which hits television this weekend. The ad will also run during the AFC and NFC Championship games, as well as during the Super Bowl. Read on to watch the video.

I’ve always liked Audi’s A8, and I commend them for breaking with tradition and pioneering the used of aluminum body panels in a production car. The new one looks nice enough, but I wouldn’t call it a breakthrough in design or technology. At a starting price of $78,050, you need to have serious income before leasing or buying one seems like a sensible thing to do (unless you’re Tom Brady of the New England Patriots, in which case you need to use the word “Audi” in a sentence to get one gratis). On the other hand, the A8 costs a little more than half of what the S63 AMG in the video goes for, so maybe that’s the price of sensible luxury these days. Of course you could always buy a Hyundai Equus, which stickers at $20,000 less than the Audi, and throw one hell of a party. Not that I’d know this first hand, but I suspect that twenty large buys a lot of recreational pharmaceuticals and, um, professional female companionship.