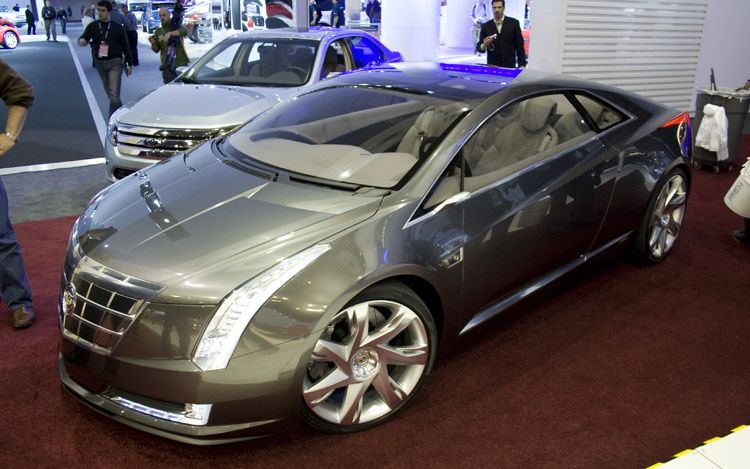 For the very first time ever, the majority of the cars at the North American International Auto Show were not all powered exclusively by an internal combustion engine. This must be a sign of the “changing times”. One of the most talked about auto shows around, the NAIAS has a number of alternative energy cars and one build off of the Chevy Volt’s architecture is Cadillac’s Converj E-Rev coupe.

From a distance the Converj is reminiscent of the Cadillac CTS coupe but you know it is something quite different. With the same technology as the Volt this one is also expected to be able to travel 40 miles all on electric power where the small gas burning motor will then kick in the recharge the batteries. The only question that many were left with was whether GM will actually build this Cadillac. We know the Chevy Volt will MAKE IT but this one is up in the air. All we know is several people at GM want to see it built including Bob Lutz and Ed Welburn.