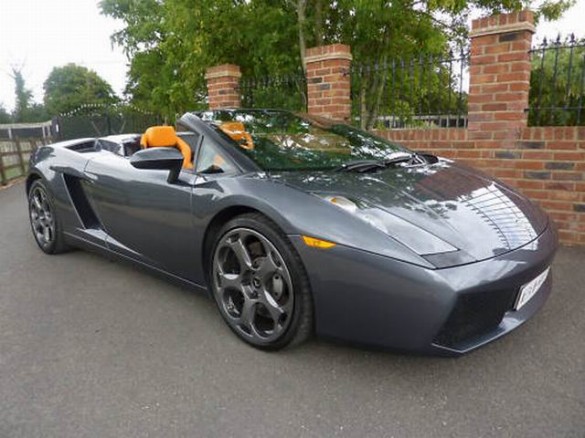 Are you a fan of the wit and wisdom of Top Gear’s Jeremy Clarkson? Do you prize your signed copy of his “Heaven and Hell” DVD above all else (even if he did sign it, “Sod off, Jeremy”)? Are you looking for a 2007 Lamborghini Gallardo Spyder with the steering wheel and pedals on the wrong side of the car? If so, I’ve got good news for you – his former ride is up for sale, although he’s not the one selling it. Actually, the car is being sold by its current owner, who bought it from Clarkson. The current owner (and the car, presumably) is in the UK, but the ad is being featured by an Australian website, J-Spec Imports. If you’ve got the $145,000 asking price, you may want to do a little digging before you blindly wire transfer the funding from your account to theirs. 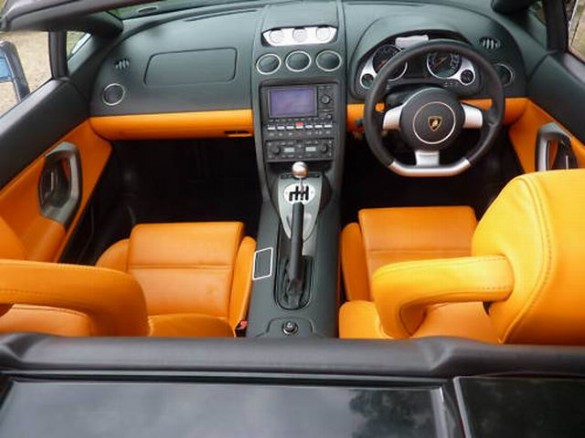 The ex-Clarkson Gallardo has just 19,250 miles on the clock, but that doesn’t surprise me. Clarkson doesn’t seem like a guy with a long attention span when it comes to cars, so I’d be willing to bet that most of the miles aren’t even his. Autoevolution quotes Clarkson’s review of this very car, and it sounds like an impulse buy to me. In Jeremy’s words, “So why, you may be wondering, am I so fond of a squeaky car with no phone, no iPod connection, too much body fat, tyres that last less than three minutes, and the real world performance of a BMW Z4? I’ll tell you why. Because it’s got orange seats. And because it is so pretty. And because when you go above 3500rpm it makes a noise like a punctured sumo wrestler. And because you sit so far forwards, which makes it feel like you’re on the nose of some giant, snarling power-crazed animal.”

Orange seats, sumo sound effects and a seating position that requires chiropractic care are not legitimate reasons to buy a car, so you may want to ponder that before you blindly cut a check.