Saab’s IQon Brings The Android OS To Your Car 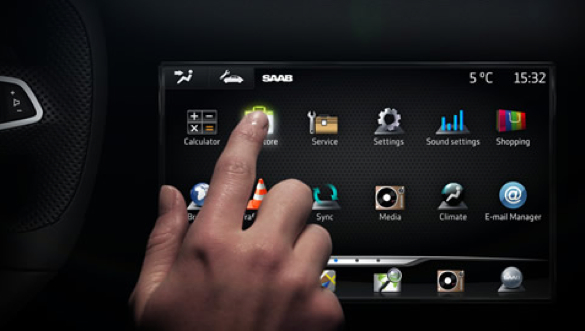 Wouldn’t it be cool if your car was just like a big version of your smartphone, complete with internet connectivity? If you could upload apps that would enhance your driving, navigation or ability to communicate behind the wheel? Even better, what if these apps could automatically update when new data (or bug fixes) were available? What if your car could schedule it’s own service appointments, or send telemetry data to a dealership the second a problem was discovered? Those features, and more, will all be part of a new Android based infotainment system developed by Saab and currently in beta testing . Called IQon (pronounced “icon”), the technology may be the first truly user-friendly infotainment and telematics system on the market.

Saab is well aware of the dangers of distracted driving, and plans to approve each app as roadworthy before it hits their IQon app store. As someone who has to learn the intricacies of a new nav system or infotainment system every week, I can appreciate the benefits of an icon based, standardized system that’s as easy to use as a smartphone. I”m glad that Saab’s figured this out, but it begs the question why none of the other automakers thought of it first.