Walter Röhrl Shows How To Loop A Porsche 904 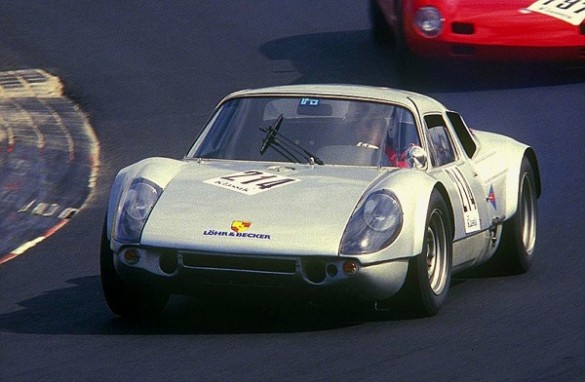 Those lucky bastards from Autoblog: not only do they get invited to the world launch of Porsche’s Cayman R in Mallorca, Spain, but they also get two time World Rally Champion Walter Röhrl to take them on a hot lap in a priceless, irreplaceable Porsche 904. In case you don’t know the car, it was only built in 1964 and 1965, and Porsche cranked out less tan 130 copies. In 1964, Porsche built 106 904s, each with a 2.0 liter flat four engine good for 198 horsepower. By 1965, Porsche had upped the ante and built a few 904s with the flat six from the Porsche 911; these cars were known as the “904/6”. The car in the video is a 1965 904/6, owned by a member of the Porsche family. Since only a handful were ever built, binning this pristine example wouldn’t be a good thing at all.

I think the most amazing thing about this video is how often Röhrl has to back out of the throttle and how much time he spends countersteering. I’ll grant you that it’s a wet racetrack and that the 904 had ridiculously skinny, bias ply tires, but the car still looks harder to drive than a Porsche 917. Just imagine lapping at Sebring or LeMans, at speeds up to 160 miles per hour, in a car that was nearly undrivable in the wet and merely unforgiving on dry roads. If Walter Röhrl can’t turn a fast lap, how did mere mortals ever drive these things?