Mitsubishi To Focus On EVs, Kill Off Evo 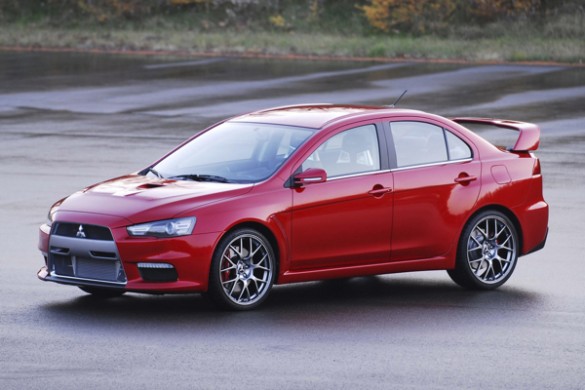 Where, I wonder, did Mitsubishi go wrong as an automaker? The brand that once had such promise has fallen on hard times, and finds themselves forced to create a new global identity. Instead of focusing on performance and racing (a natural, since the three-diamond brand dominated both Paris Dakar and WRC for years), Mitsubishi is trying to be a kinder, gentler car company. Jumping on the Green bandwagon, their new focus will be on establishing themselves as an “environmentally sensitive” automaker. To that end, Mitsubishi will launch eight new EV or hybrid vehicles by 2015, with their primary focus being the reduction of CO2 emissions from their vehicles.

The first casualty of this change in direction will be the Lancer Evolution, which, according to Autocar magazine, dies with the current generation. In an interview with Mitsubishi’s global product director, Gayu Eusegi, Autocar learned that there are no plans for an Evo XI, even one with hybrid power. Perhaps most concerning to enthusiasts was Eusegi’s dismissal of performance variants of any model. As quoted by Autocar, Eusegi said, “Maybe the world can change, and maybe someday we can do a motor race by electric vehicles. Maybe then we can enter the (performance) market again.”

That maybe sounds like a cold day in hell to me, and I’m not sure the world needs more boring hybrids and limited range EVs. I hate to see Mitsubishi disappear from the market, but I certainly don’t think their current direction is the right one.