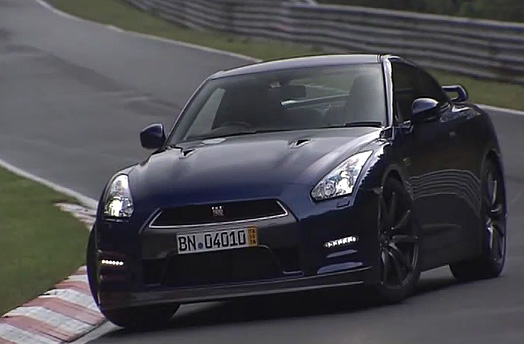 In terms of bang for the buck in a supercar, the new 2012 Nissan GT-R takes the cake. The latest recorded Nurburgring track time for the 2012 GT-R comes in at 7 minutes and 24.22 seconds, almost 2.5 seconds faster than the 2011 Nissan GT-R’s time.

The Nurburgring remains to be a benchmark setting course in terms of performance for any vehicle that chooses to take it on. The newest Nissan GT-R, with a total of 530 horsepower and a 0-60mph time of 2.9 seconds, is a testament to the major advancements in automotive technology. Still, the GT-R falls a little behind Porsche’s stated time of 7:18 around the Nurburgring in the all-new Porsche 911 GT2 RS and around two seconds short of the Corvette ZR1.

Check out the exclusive (Japanese) cockpit video of the 2012 Nissan GT-R making its fastest-lap around the Nurburgring below.