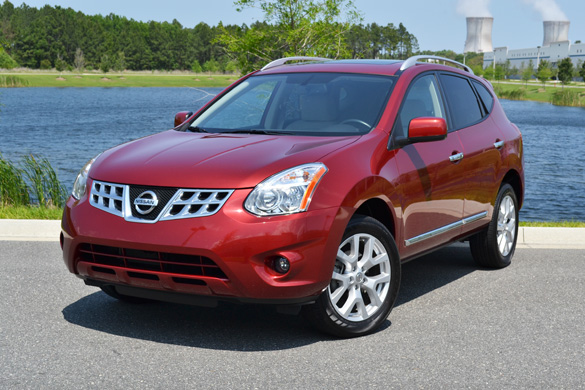 The all-new 2011 Nissan Rogue has amazingly bridged the drivability of a car and added practicality of an SUV without compromising fuel economy or price of admission. Since its introduction as a 2008 model 4 years ago, the Nissan Rogue has been a great conciliation for families looking for an economical crossover that fits their budget. For 2011 Nissan continues this perfect marriage with newly refreshed styling and some extra luxury amenities to boot.

All wrapped up in a crossover fashion, the 2011 Nissan Rogue attempts to avoid being mistaken for a smaller version of the Nissan Murano. Technically the Rogue is built off of the Nissan Sentra’s platform instead of the Murano’s Altima platform. However, the new Rogue, despite its smaller size when compared to the Murano, provides SUV-like high seating positions and a sporty ride. 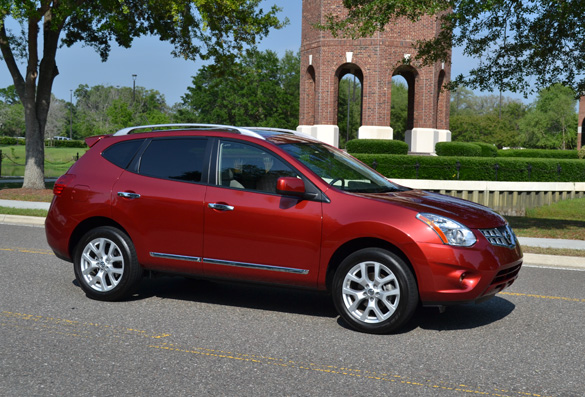 Built directly from a car chassis, the Nissan Rogue has virtually nothing in common with a truck. Most manufacturers have been swaying away from truck-like crossovers, and the design of the Rogue is a good thing especially when it comes to the car-like feel, good handling characteristics and decent fuel economy.

The new Nissan Rogue provides a sporty ride giving you plenty of feedback from poorly paved surfaces. Then again, there is a slight disconnect from the road when it comes to its numb steering feel. Deception is not Nissan’s forte but if it were not for the high seating positions, you would think that you are in a new Nissan Sentra.

My new Nissan Rogue SL test vehicle was surprisingly zippy for a crossover. Traditionally Nissan has some of the best Continuously Variable Transmissions in the automotive market, which really helps transition the Rogue’s 170 horsepower and 175 pounds-feet of torque from its 2.5-liter 4cyl engine. The Nissan Rogue has its sweet spots in the power band but unfortunately lags at times at some highway speeds. Initial acceleration does not get serious until the CVT decides to let the engine get into its power band a couple seconds later, which slightly hinders overall acceleration. The 2011 Nissan Rogue has an estimated 0-60 mph time of 8.6 seconds, which is on par with much of its competition such as the Honda CR-V, 4-cyl Toyota Rav4, and 4-cyl Chevy Equinox for example. A V6 option may have been the ticket to making the Rogue more desirable for enthusiasts. 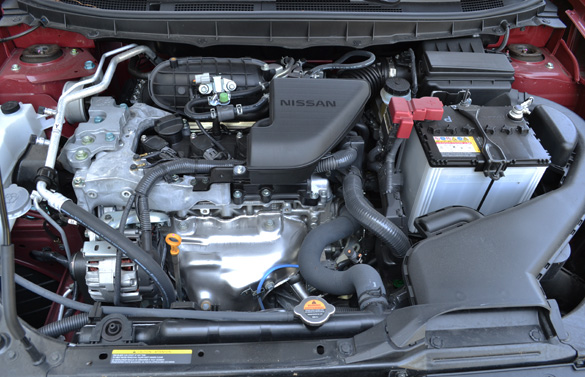 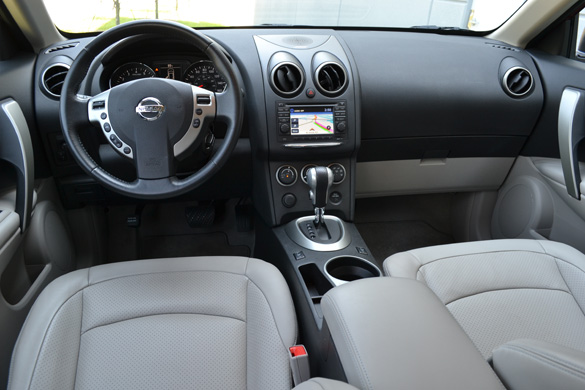 The Nissan Rogue SL has a lot of plastic interior bits but they do not appear to look cheap which is a good thing.  Surprisingly the dashboard was padded and buttons were soft to the touch. The rather small navigation LCD screen was shockingly easy to see especially with the new auto-zoom function. As you drive faster the navigation unit zooms out, and the slower you go, the more it will zoom in to identify side-roads. The unit is similar to what Volkswagen currently offers in vehicles such as the Golf and Jetta. The auto-climate control unit is very simplistic and controlled by only three dials. Intelligent keyless entry and push-button start are also nice additions to make the Rogue feel more like a luxury vehicle.

With gas prices continually on a surge, vehicles like the Nissan Rogue provide consumers with additional cargo space while not compromising fuel economy. The Rogue has an EPA estimated 22mpg city and 28mpg highway figures. I was able to get about 26mpg on my 25 mile commute consisting of mostly highway driving. Around town I saw a consistent figure of 23 mpg. 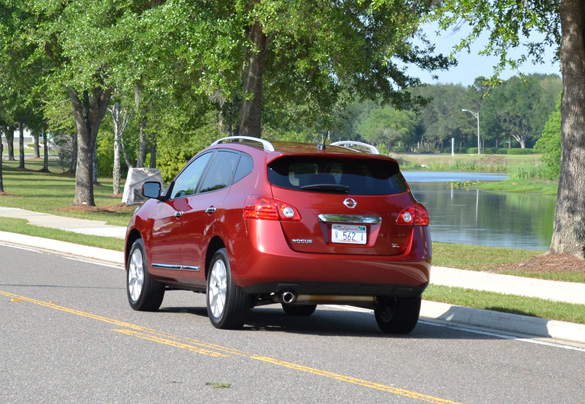 “Simple” is the Nissan Rogue’s middle name considering how Nissan’s styling is subdued in this small crossover. Although Nissan offers several crossover choices, other ‘smaller’ offerings from Nissan for utilitarians leave you with a choice of a boxy Nissan Cube or funky-styled Juke. There is no doubt about the styling characteristics of the Rogue having several elements taken from other Nissan vehicles such as the Altima, Murano, and even the 370Z. Those in the market for a crossover don’t want boring or overly stated designs that scream ‘look at me I’m insecure’. What they seek is something Rogue and Nissan has just the thing.

Cargo space opens up to only 58 cubic-feet, which is slightly less than some of the Rogue’s competitors. However, the Rogue offers the most ‘car-like’ ride out of the bunch and aims to make buyers happy with the option of a few luxury amenities. 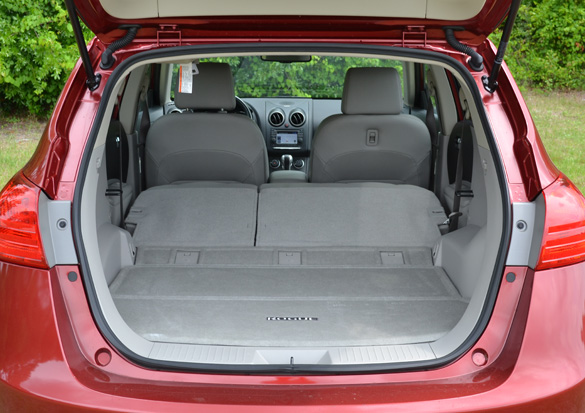 My loaded Nissan Rogue SL has an estimated as-tested price of $28,000 but reserves a starting price of $21,210 for the base model. The Nissan Rogue might be the clearer choice for a more conservative individual but still satisfies any appetite for a stylish yet economical crossover.