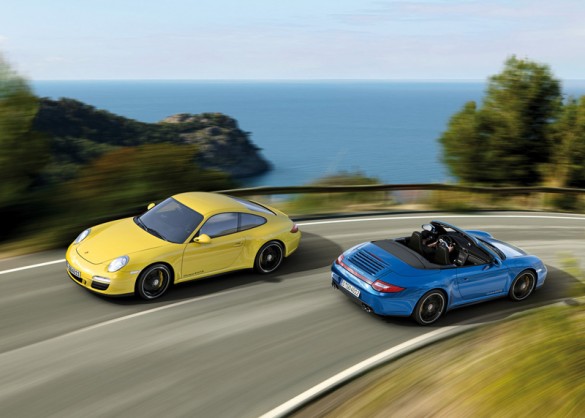 When Porsche sent me the announcement of the new 911 Carrera 4 GTS, I saw it as both good news and bad news. The good news is that buyers now have an AWD option for what may be the most well-rounded 911 variant in modern history; the bad news is that I can’t afford to walk into my local dealership and say, “I’ll take one in black, please.” To say that I was impressed by the rear wheel drive 911 Carrera GTS is perhaps the understatement of the year. I was amazed by both it’s capabilities and it’s comfort, and if I could have designed a 911 from the ground up it would spec out a lot like the GTS. Think of it this way: a base 911 Carrera starts the 911 range, and the 911 GT3 RS tops the normally aspirated, road-going range until you get into the really exotic stuff (like the GT2 RS). The 911 Carrera GTS sits smack-dab in the middle of those two extremes, offering significantly more performance and handling than a base Carrera, but giving you much more creature comfort than the track-oriented GT3 RS. If you had to pick a sports car for both daily use and the occasional track day, you’d be hard-pressed to find a better alternative than the 911 Carrera GTS. 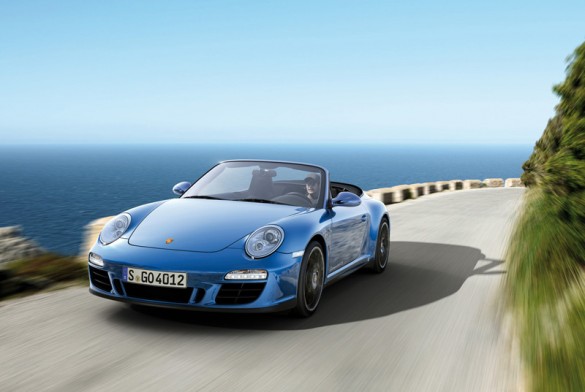 As good as the rear-drive Carrera GTS is, there are still customers who prefer the added traction of AWD, hence the reason for Porsche’s newest model. The Carrera 4 GTS gets the same 402 horsepower, 3.8 liter flat-six used in the rear drive version, and it uses the same wide track body style. Since you’re powering two more wheels (and have added weight, the run from 0 to 100 kilometers per hour takes a little longer in the AWD version. That said, a time of 4.6 seconds (or 4.4 seconds with the PDK gearbox) is still rather impressive. Even the still-heavier Cabriolet manages a 0 to 100 kph time of 4.8 seconds (4.6 with the PDK). The rear-drive GTS, when equipped with the PDK and the Sport-Chrono package, can manage a 0 to 100 kph run in 4.2 seconds, but I suspect that giving up 0.2 seconds won’t seem like a sacrifice for enthusiasts living where bad weather is a seasonal reality. 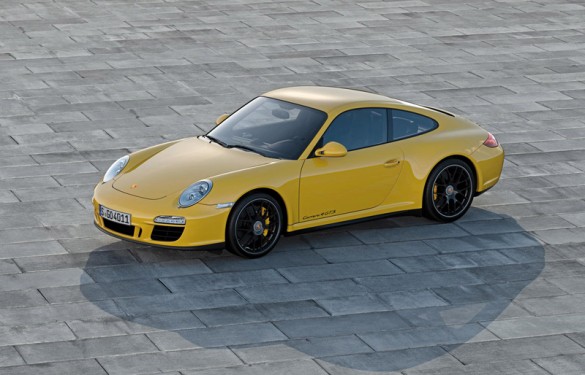 The 911 Carrera 4 GTS goes on sale in Germany this July. Pricing and availability for this side of the pond haven’t yet been announced, but I’m sure we’ll see it by the end of the year.

ATLANTA – May 12, 2011 – Building on the well-received 911 Carrera GTS with its extra power, visual panache and extensive extras for an attractive price, Porsche today announced the 911 Carrera 4 GTS. As an all-wheel-drive model, and when equipped with the proper tires, the Carrera 4 has proven more than competent for all seasons and all road conditions. The Carrera 4 GTS wraps an aggressive wide body around a long list of performance, comfort and cosmetic enhancements.

A GTS exclusive power upgrade of 23 hp over the 911 Carrera 4S on which it is based enables the 3.8-liter 911 Carrera 4 GTS – available as a coupe and cabriolet – to accelerate from zero to 60 mph 0.1 second faster; a Carrera 4 GTS coupe equipped with the optional seven-speed Porsche Doppelkupplungsgetriebe (PDK) and the optional Sport Chrono Package Plus makes the sprint in just 4.0 seconds. Top-track speed is also increased to 187 mph (186 mph w/PDK).

The 911 Carrera 4 GTS features an electronically-controlled Porsche Traction Management (PTM) all-wheel-drive system that delivers impressive traction and powerful acceleration in any driving situation. The electromagnetically-controlled multi-plate clutch reacts within fractions of a second and ensures optimum distribution of power between the front and rear axles. A standard mechanical limited-slip differential further improves traction and driving stability around turns and on varying road surfaces.

The 3.8-liter flat-six delivers its 408 hp thanks to a number of internal changes, including a special resonance intake manifold with six vacuum-controlled tuning flaps. Maximum torque is available at 4,200 rpm; 200 rpm earlier compared with the Carrera 4S. The extra power is enhanced by a standard sports exhaust system with four black tailpipes finished with polished, nano-coated inner shells.

Like every all-wheel-drive 911 model, the Carrera 4 GTS features a body with 44-mm wider wheel arches at the rear. It is also distinguishable by its SportDesign front apron, black side skirts from the 911 GT2 and a black panel between the rear tailpipes. Center-locking 19-inch RS Spyder design wheels, painted in high-gloss black with polished lips are a final visual flourish.

Inside, black is the dominant color, with the standard interior featuring Alcantara® on the center sections of the standard sport seats with their larger side bolsters. Black Alcantara® is also used wherever the driver comes into direct contact with the vehicle – like on the rim of the three-spoke SportDesign steering wheel and on the gear and handbrake levers.

Porsche Cars North America, Inc. (PCNA), based in Atlanta, Ga. is the exclusive U.S. importer of Porsche sports cars, the Cayenne SUV and Panamera Gran Turismo. Established in 1984, it is a wholly-owned subsidiary of Porsche AG, which is headquartered in Stuttgart, Germany, and employs approximately 220 people who provide parts, service, marketing and training for 196 dealers. They, in turn, work to provide Porsche customers with a best-in-class experience that is in keeping with the brand’s 63-year history and leadership in the advancement of vehicle performance, safety and efficiency. At the core of this success is Porsche’s proud racing heritage that boasts some 30,000 motorsport wins to date.