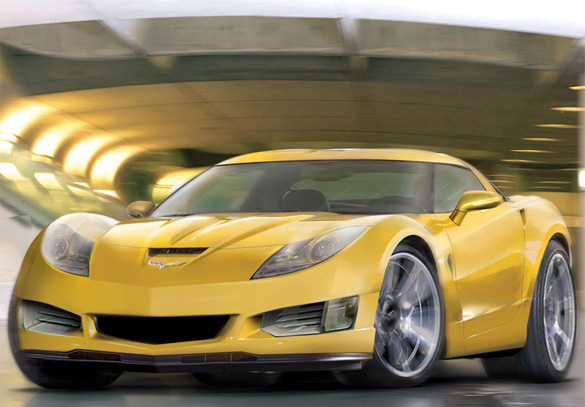 Did you ever think that the Chevrolet Corvette would become a global rival of Ferrari? What about the Corvette being a mid-engine supercar? Well, that is what may happen if the circulating rumors of the upcoming C7 Vette hold true.

The upcoming ‘Corvette C7’ to be built starting in the year 2013, is said to be a true global competitor. Not only will it compete with the likings of Ferrari and Lamborghini supercars, but the new Corvette is rumored to adopt a mid-engine layout. This would be a major shift in General Motors’ tradition ever since the conception of Corvette, one of the few historic American sports cars.

Other rumors mills are steadily turning up the idea that Chevy could bring back the old split-window style found on the 1963 Vette and a hint at using advanced V6 alternatives. Do I hear forced induction in the Corvettes future?

To complete things, the new C7 Vette should have a “world class” interior design, which in the current Vette, GM global design chief Ed Welburn admits, “is a disappointment”.

The Bowling Green, Kentucky plant is having $131 million invested in it by GM to prepare for the Corvette C7 launch. That alone should tell you we should expect some major revamping of ‘something’.