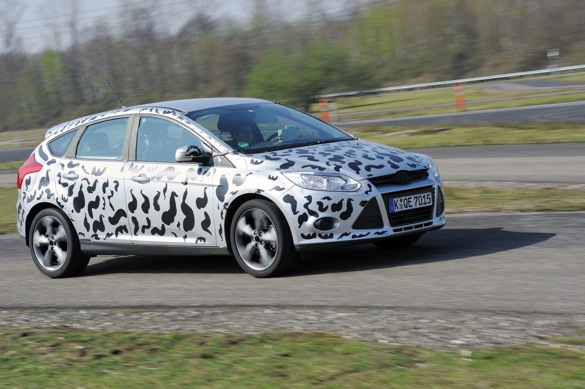 By the end of this year’s One Lap of America, I was already starting to think about running the event next year. None of my current cars would be ideal, so I began thinking about the perfect car for a first year competitor. Brock Yates, Jr., who organizes the event, was enthusiastic about the Mini Cooper John Cooper Works, but their reliability record isn’t quite as good as Trabant’s. The Mazdaspeed3 would be a valid choice, since it offers decent power, reasonable handling, good cargo capacity and a low price. Still, some Mazdaspeed3 variants on the event ran into mechanical problems when pushed hard, and I simply can’t get past the ugly seat fabric. Then it hit me: the ideal car to run One Lap of America as a first time entrant will be the Ford Focus ST. 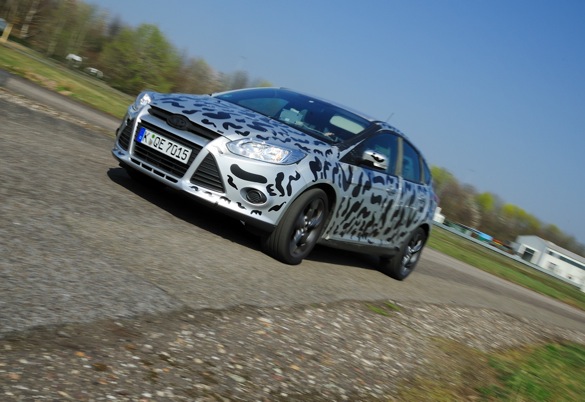 Here’s the good news: as these pictures show, the Focus ST is now undergoing real-world testing in Europe and in North America. Some sixty test mules are currently being flogged to the point of failure, simply to see what breaks first. Equally important, the data captured will be used to fine-tune the car’s performance, handling and driving dynamics. There’s a lot riding on the launch of the Focus ST, since it represents Ford’s first global performance car; get it right, and it paves the way for future vehicles. Get it wrong, and you’ll end up with inventory that dealers can’t move.

Just in case you need a reminder, the Focus ST will have a 2.0-liter Ecoboost four, good for 246 horsepower. To maximize both performance and steering feel, the car will come equipped with Ford’s EPAS Electric Power Assist Steering, and will use brake based torque-vectoring to emulate the effects of a limited slip differential. If early footage of base Focus models on the track is any indication, the Focus ST will be quite impressive despite it’s front engine, front drive architecture.

Here’s the down side: no one knows when the Focus ST will hit the market, or even what the price point will be. There’s speculation that it will start under $30k, and I’ve heard some people say “early 2012” for an arrival date. If I’m going to be driving one in next year’s One Lap, it’s got to be in dealerships no later than March of 2012, so I’m keeping my fingers crossed.