Ugly Rumor We Hope Isn’t True: Mazda RX-8 Successor To Be A Hybrid 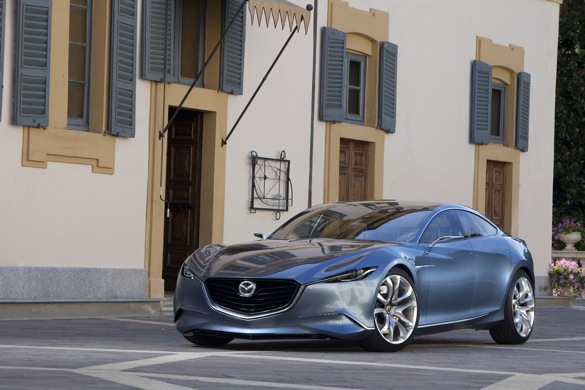 Let’s be clear on something up front: I have nothing against hybrids or EVs, but building a hybrid sports car is a contradiction in terms. Hybrids have two propulsion systems, and propulsion systems add weight. Weight is the natural enemy of sports cars, hence the two are mutually incompatible. You can build a “sporty” hybrid, which is exactly what Honda did with the CR-Z, but you really can’t build an effective hybrid sports car unless you’re willing to price it into the stratosphere (like the Porsche 918 Spyder). Even Porsche’s 911 GT3 Hybrid is a compromise: it adds weight (the rotary accumulator and the electric motors) and only provides a few seconds of additional power at a time.

Mazda’s RX-7 has always been about light weight and superb handling. Even their nod towards practicality, the Mazda RX-8, was designed to have intuitive handling, and was built to be as light as possible. Now comes word that the next generation rotary-engined sports coupe (dubbed the RX-9) will feature both a Wankel engine and a Toyota hybrid drive system. Some would call this genius, but I call it blasphemy.

Rotary engines are compact and lightweight, which is part of their advantage over conventional engine designs. Hybrid drive systems are heavy and bulky, since they include battery assemblies, electric motors and voltage controllers. Even a best-case scenario would have a rotary-hybrid weighing in at a few hundred pounds more than a rotary alone, and a few hundred pounds simply isn’t acceptable in a sports car.

I’d salute Mazda for building a rotary-hybrid Mazda3, Mazda5 or Mazda6, but I certainly don’t want to see such a drivetrain in an MX-5 or an RX-9. The RX-9 should be a halo car, much like the final generation of RX-7 was. A bloated, ill-handling RX-9 would hardly be a fitting tribute to the car that helped build Mazda’s reputation as a worldwide leader in motorsports.