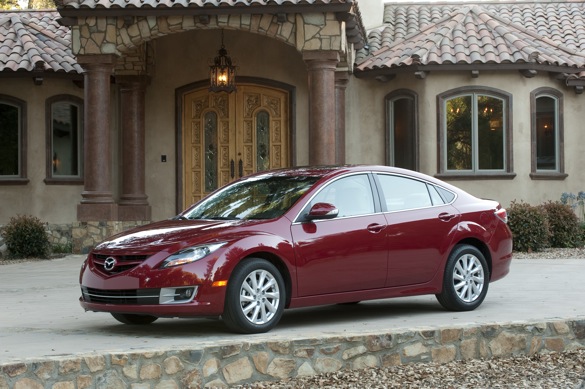 Mazda and Ford used to be like a newlywed couple. Arm in arm, they seemed to do everything together, from collaborating on new cars and trucks to building them on the same production lines. Mazda sold rebadged Ford Escapes and Ford Rangers in their dealerships, and even used Ford engines in Mazda cars. Like a lot of couples, the automakers drifted apart as the years went by, and today the pair are separated if not yet divorced. A recent rumor had Mazda ending production of the Mazda 6 sedan, but the story turned out to be just that. Mazda isn’t killing off the 6, but they may well be changing where it’s built from Flat Rock, MI to Mexico or Japan.

Japan’s Nikkei financial daily has reported that Mazda will end its joint venture with Ford, and will exit the AutoAlliance International plant in Flat Rock. Ford would likely buy out Mazda’s part of the operation, which would eliminate production of Mazda vehicles in the United States. Future Mazda vehicles sold here would be built in either Japan or in Mexico.

Mazda issued a short statement on the Nikkei report, stating that, “Mazda and Ford are jointly studying various possibilities for AAI, and we have nothing to announce at this time. We do not comment on speculation.”

Building the 6 in Mexico would undoubtedly help Mazda’s bottom line, and that’s a good thing. The automaker has reported back-to-back losses over the past two fiscal years, made worse by a strong yen and poor sales in their home market.