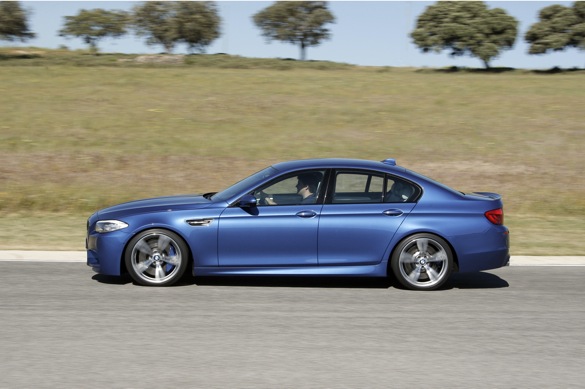 Cadillac used their 7:59 lap of the Nürburgring to promote the CTS-V as the “world’s fastest sedan.” Even when Porsche ran a 7:56 with the Panamera Turbo, Caddy kept up with their “world’s fastest” claim, since the Panamera Turbo’s lap wasn’t official. Now comes word that Cadillac will have some serious catching up to do: the new BMW M5 has (allegedly) lapped the Green Hell in 7:55. If this turns out to be true, the M5 gets the crown as the world’s fastest sedan, at least until Cadillac updates the CTS-V. The 2012 Corvette ZR1 is three seconds faster around the ‘Ring than its 2009 counterpart, and the 2012 Z06 Corvette is some twenty seconds faster than its 2005 equivalent. Surely GM could shave some seconds off the CTS-V with new tires and suspension tuning, if they want to retain bragging rights.

A lap time of 7:55 makes the newest M5 as fast as a Ferrari F430 F1, and within a second of the Porsche 911 Turbo 997, the previous generation Nissan GT-R and the Mercedes-Benz CLK DTM AMG. It’s only three seconds off of a Lamborghini Gallardo LP 560-4, which is a properly fast supercar. Will the record be verified, or will BMW take to the ‘Ring to turn an even faster lap? Will Cadillac give up the title of “world’s fastest sedan” without a fight? Stay tuned, because we’re guessing this isn’t over yet.