Niki Lauda Biography To Be Directed By Ron Howard 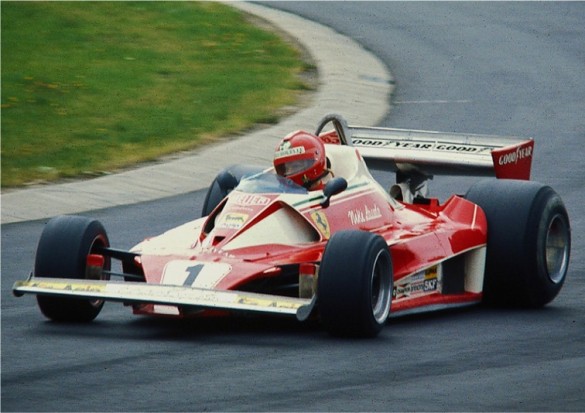 If you’ve never heard of Niki Lauda, you may want to brush up on your Formula 1 history before the release of “Rush,” an upcoming biopic to be directed by Ron Howard. Lauda was a Formula 1 star in the mid-70s, and his crusade for improved driver safety helped change a sport where fatalities were a regular occurrence. Perhaps only Jackie Stewart (another 1970’s F1 star) has done more to make the sport safer.

Leading the championship points battle in the 1976 season, Lauda attempted to lead a driver boycott of the German Grand Prix, then held at the Nürburgring circuit, on the grounds that the track was too dangerous for F1 racing. Unable to get sufficient driver support, Lauda entered the race but crashed on the second lap, a victim of suspension failure. His car was struck by another and burst into flames; Lauda was ultimately rescued, but not before receiving second and third degree burns over much of his head and face. His lungs were damaged by heat and toxic smoke, which also produced blood poisoning; despite his injuries, Lauda recovered and was back in the car just six weeks and two races later.

Perhaps his bravest moment came in the last race of the 1976 F1 season. Leading in points over rival James Hunt. Lauda defied team orders and parked his Ferrari in the pits when torrential rain made the track too dangerous to drive. Hunt stayed out, finished third and took the championship by a single point over Lauda. Lauda’s once strong relationship with Ferrari was irreparably damaged, and he quit the Ferrari team after winning the world championship in 1977.

Lauda’s career came at the height of F1’s glory days, when the sport truly was about wretched excess and life-or-death drama. Not to take away from current drivers like Sebastian Vettel or Lewis Hamilton, but it’s worth noting that they stand on the shoulders of giants like Lauda, Hunt and Stewart. With Ron Howard behind the project, “Rush” will be a must-see movie for racing fans when it hits theaters.