Can’t Afford A Real Bugatti Veyron? How About A Copy?

posted by Kurt Ernst
Filed under Automotive, Bugatti, Find of the week 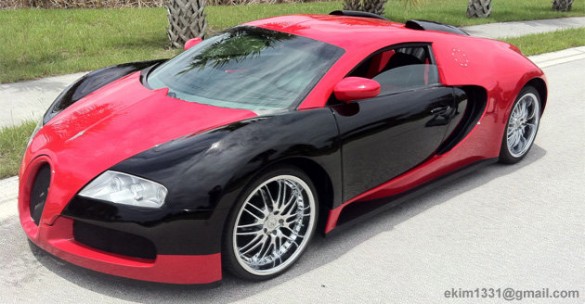 One Florida man who wanted a Veyron did the next best thing: he built his own, by hand, laying up fiberglass and composite over a steel tube frame. The underpinnings come from a 2002 Mercury Cougar, and unlike a real Veyron this example even has a functional back seat. Annual service will be quite a bit less, and I’d be willing to bet that tires last longer than 5,000 miles. I know for certain that they cost a lot less than $35,000 for a set of four. 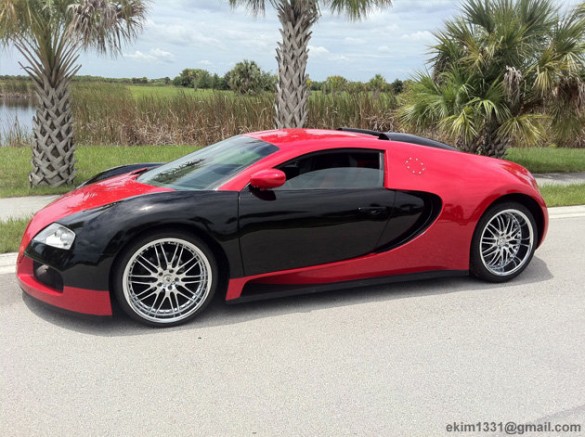 Downsides? Under the skin, it’s a stock 2002 Mercury Cougar, complete with a tired 2.5-liter V-6 and an automatic transmission. The car has over 120,000 miles on the clock, most of which was racked up with the Cougar’s original body in place. The interior was redone when the car was built, but I’d be willing to bet the engine and transmission could benefit from some serious attention. You could probably stuff an LS3 motor under the hood, or maybe even a Ford Coyote 5.0-liter V8, but neither engine swap would be easy or cheap to undertake. 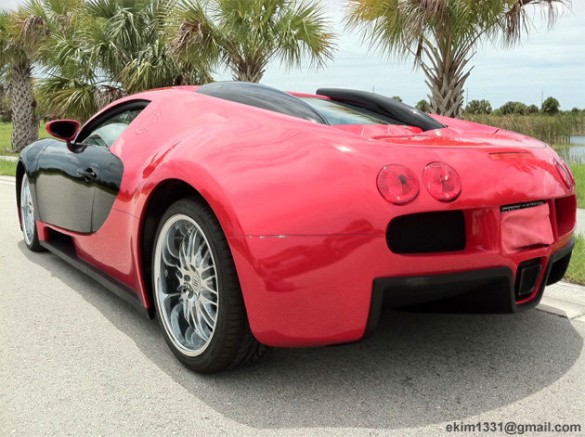 If you want the next best thing to your own Bugatti, this replica is currently for sale on eBay. The asking price is a rather ambitious $89,000, which undoubtedly reflects the amount of time and effort spent building the car. It looks like a nicely built replica, but I’d have a hard time coughing up Corvette Z06 money for a rebodied Mercury Cougar. The car may look like a Veyron, but it certainly won’t run with the big dogs, and getting walked by a stock Civic Si would be, um, embarrassing.