Can An EV Be As Fast As A Bugatti Veyron? 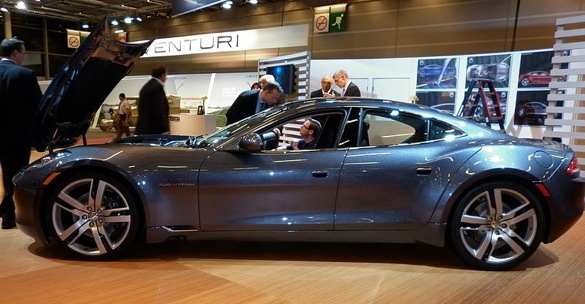 According to Henrik Fisker, the man behind the Fisker Karma, the answer to that question is “yes.” Fisker Automotive is working on a multi-speed gearbox, which (according to Fisker at least) should deliver “Veyron like levels of performance.” Fisker isn’t the first EV manufacturer to come up with the idea; early Tesla Roadster prototypes used a two-speed gearbox, but abandoned the design when it proved to be less than reliable.

In theory, Fisker’s idea is sound. Unlike an internal combustion engine, an electric motor develops its peak torque at zero RPM. Also unlike most internal combustion engines, electric motor performance output drops off suddenly at high RPMs. That’s one reason that Chevrolet chose to indirectly link the Volt’s engine to the drivetrain, since it improves high-speed (above 70 MPH) drivability. Linking an electric motor to a multi-speed transmission could produce stunning levels of acceleration, but it would require a very stout transmission to deal with the instant, maximum torque.

Such a car would be quick, but would probably have have limited battery range under maximum acceleration. Electric vehicles deliver the best range under partial throttle settings, but here’s another advantage of Fisker’s current design. Like the Chevy Volt, the Fisker Karma is a serial hybrid. It runs on battery power until the batteries are depleted, then it uses its gasoline engine to power a generator and charge the cells. Such a design would have a theoretically unlimited range, as long as you stop to fill up the tank from time to time.