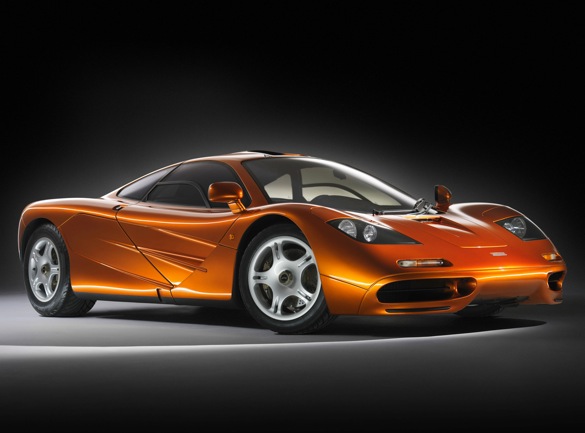 Rowan Atkinson is best known for playing the role of Mr. Bean on television and in the movies. If you’re a fan of Top Gear, you know that Atkinson has a serious love of cars as well, and owns a McLaren F1 purchased as a reward to himself after his first film success. He’s owned the car since 1997, racking up some 37,000 miles behind the wheel. Shortcomings and all, Atkinson recently defended the F1 to TopGear host Jeremy Clarkson, saying, “You’ve got to live with it. I have lived with it for 14 years. I’ve done a lot of miles in it.”

That may be the case, but the McLaren F1 is still a difficult car to drive on a dark, wet road. Unlike today’s supercars, the F1 lacks modern safety features such as electronic stability control and antilock brakes. Atkinson spun his F1 on a rain-soaked road Thursday night, hitting a lamp post and tree and ending up with an overnight hospital stay. The actor was released this morning, sore but without serious injury.

As for the McLaren, chances are good it can and will be repaired by the factory in Woking. In the mean time, Atkinson still has a stable of cars to choose from, including an Audi A8, a vintage Aston Martin V8 Zagato and even a Honda Civic Hybrid. We wish him a speedy recovery, and suggest he get an order in for a McLaren MP4-12C. It’s (arguably) as fast as the F1, but it’s much more forgiving on wet country roads.