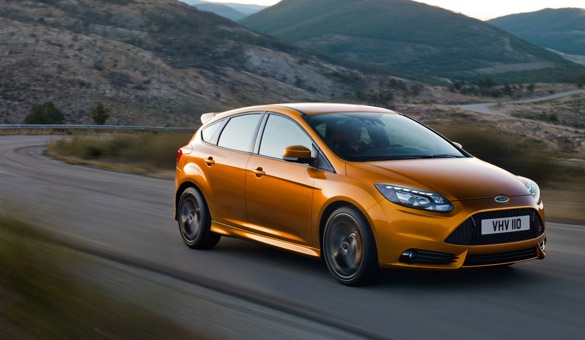 Yesterday’s rumor du jour had Ford debuting the new Focus ST at this weekend’s Woodward Dream Cruise. It turns out that a Focus ST will be on hand, but it’s the same pre-production show car that’s been making the rounds since last October’s Paris Motor Show. In other words, it’s just to look at and drool on, not to actually drive.

Ford will debut the real Focus ST at September’s Frankfurt Motor Show, so we’re still just a few weeks away from seeing what the production car will look like. We expect Ford will announce pricing, availability and final specifications at Frankfurt, so stay tuned for details. If past history is any indication, Ford may opt to introduce the car in Europe first, followed by the United States. If that’s the case, let’s just hope the delay between launches isn’t too long.

What we think we know so far is this: the 2012 Focus ST will have a 2.0-liter EcoBoost engine good for 247 horsepower, sent through a six speed manual transmission to the front wheels. We don’t think the Focus ST will have a “conventional” limited-slip differential, but will take advantage of Ford’s torque-vectoring technology to mirror the effects of an LSD without adding additional weight. Expect suspension tuning to be on the stiff side, since the Focus ST is intended to be a driver’s car, and expect the pricing to be competitive with others in the segment. We’ll call it “in the high twenties, low thirties” until Ford tells us otherwise.