The Dodge Dakota Reaches The End Of The Line 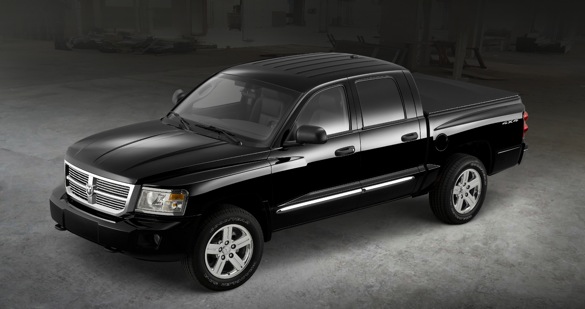 If you like your utility not too big, but not too small, you’re about to have one less choice on the market. The last Dodge (actually, Ram) Dakota pickups will roll off of Chrysler’s Warren Truck Plant Line tomorrow, ending a production run of some 24 years. Spotty build quality and mechanical issues plagued the Dakota over much of its life, and owners seem to be divided into two camps: those who experienced no problems with their trucks and those who experienced nothing but problems from their trucks.

Despite this, Dodge once sold as many as 177,000 Dakota pickups annually, but sales have fallen off in recent years. In 2010, Ram sold just under 13,000 Dakota pickups, and the overall compact pickup truck market now accounts for less than five percent of new vehicle sales in the United States. Buyers seem to favor full-size trucks, which often cost the same (or even less) than their smaller brothers, while yielding greater versatility.

That’s not to say that Dodge is abandoning the compact truck market like Ford did with the demise of its Ranger pickup. Chrysler is planning a “lifestyle vehicle,” featuring unibody construction, to supplement the range of trucks available from Ram dealers.