Want More Proof That The 2012 Camaro ZL1 Will Be Overbuilt? 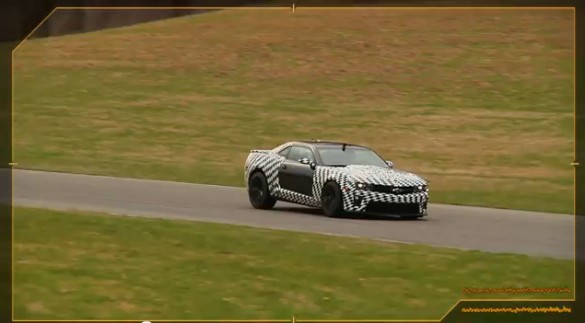 Chevrolet’s Department 180 has one of the best job in all of automotive design: take a new product, then figure out what it takes to break it. Sometimes this is done on a chassis test rig, which simulates driving over rough pavement to the point of component failure. Other times, that involves bringing a car to a proving grounds, then driving it as hard as you can until something breaks.

Running a car at speed on a racetrack is a worst case scenario, since you’re often running the engine at or near redline for extended periods of time. You’re flogging the brakes and transmission, too, and even relatively short track sessions tell you a lot about what’s properly engineered and what isn’t.

Despite the claim of a 24-hour test, Chevy didn’t really run the new Camaro ZL1 WFO for 24 hours straight. Instead, they ran 40 minute test sessions at a rate of six per day, over a period of six days. That may not sound like much, but try driving a car at the limit for 40 minutes at a time. In most street cars, brakes will fade, transmission temps will rise to dangerous levels and even differential temps will get up there. There’s a good chance that something will fail, especially if your track car tips the scales at two tons.

While an off-the-dealer’s showroom floor Camaro ZL1 may not stand up to 24 hours of punishment at Daytona, or even 12 hours of hard driving at Sebring, without a few mods, it’s good to know that Chevy’s built the new uber-Camaro with track days in mind. Even those of us who’ll never run the 24 Hours of Le Mans still enjoy flogging cars at HPDE sessions when our budgets allow.