Is The 2012 Dodge Hornet The Anti-Caliber? 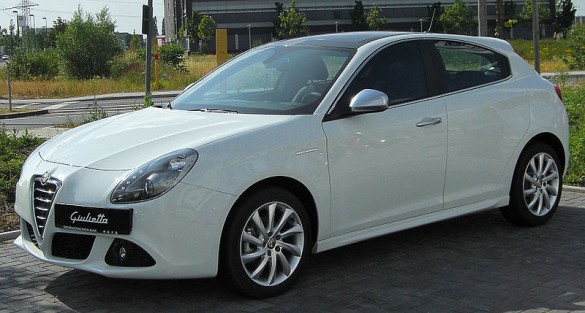 If you’re a fan of the now-discontinued Dodge Caliber, be prepared to be offended. Perhaps the best example of what happens when accountants design cars, the Dodge Caliber gets my vote for the worst domestic car of the past decade. It was, in fact, the only rental car I ever returned before driving off the lot, and even the SRT guys apologized for the Caliber SRT4, saying essentially, “we did the best we could with what we had to work with.”

Those days at Dodge are gone, and there’s good news on the horizon for Mopar fans with a passion for compacts: the upcoming Dodge Hornet may be good enough to make us forget all about the Caliber. Based on the Alfa Romeo Giulietta (which won’t be coming stateside until 2014), the 2012 Dodge Hornet will come in sedan and 5 door body styles, with engines ranging from frugal to fun. Want 40 mpg from your commuter car? Opt for the Hornet with the 1.4-liter four cylinder, good for 168 horsepower. Want a bit more grunt? Opt for the SRT4 version, which should come packing Alfa Romeo’s 1.8-liter four, good for 232 horsepower.

Left Lane News says to expect both manual and dual-clutch automatic transmissions, and an interior the borrows heavily from the Alfa Romeo and Fiat parts bin. The Hornet’s handling should be “European inspired,” and we’re guessing that the Hornet SRT4 will be able to throw down against any other FWD offering with confidence.

Expect to see the 2012 Dodge Hornet introduced at the Los Angeles Auto Show in November.