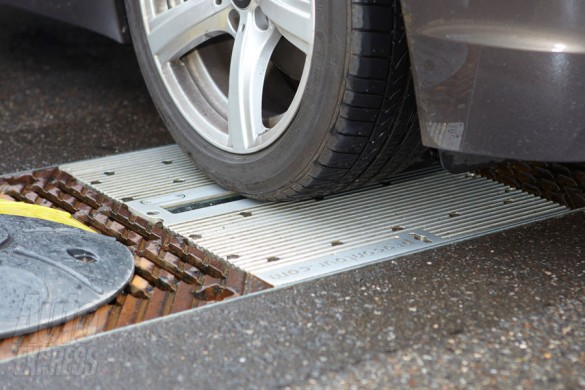 A few months back, Malcolm and I were headed north on I-95 after a Southern Automotive Media Association meeting in Miami. We were driving at around 75 miles per hour, in a steady rain and moderate traffic, when the minivan next to us spun.

The whole thing happened too fast to be puckering; one minute, the van was alongside us, and the next the driver was looking out his windshield at the side of my car. No one was hurt, and the van suffered only minor damage. Traffic was slowing ahead, and the minivan driver most likely tapped his brakes. What caused the spin? My guess is bald tires on a wet road.

Years ago, most states required annual vehicle inspections to certify that cars were safe to drive. Thanks to apathy, budget cuts or the idea that requiring repairs would put an “unfair financial burden” on drivers with limited income, annual inspections have largely been eliminated. The result is that many cars on the road today aren’t safe at 35 miles per hour, let alone double or triple that. Scope the tires of cars in a shopping mall parking lot, and you’ll see what I mean.

Motor Authority and AutoExpress report that a German company, ProContour, has developed a tire scanner, designed to spot unsafe tire tread depth. The scanner uses a series of high speed cameras and lasers to record and measure tread depth, at speeds up to 75 miles per hour. Tires that show wear to 1.6 millimeters, over the central 75 percent of the tread, would trigger an alarm at a nearby police checkpoint. Drivers would then be stopped and issued warnings or fines.

There’s no plans yet to implement them on this side of the pond, but officials in the U.K are currently debating the benefits and drawbacks of installing the $67,000 scanners. While the scanners have the potential of increasing road safety, they also have the ability to generate revenue for local governments. As with speed cameras, we suspect the technology will be more about money than about safety.