A Lotus Exige S, A Boxer And A Whole Lot Of Peyote 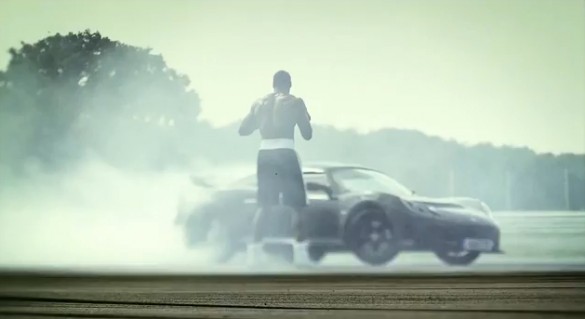 We’ll be straight with you: none of us at Automotive Addicts are big into artsy concept videos. We have no idea what the latest video ad from Lotus, which features the new Exige S, a boxer and a whole lot of tire smoke, is supposed to mean. Is the Lotus nimble enough to dance around a pro boxer? Is the Lotus beefy enough to go round after round with the toughest competitors? Is the Lotus Exige S a good choice when you want to run over a guy who’s probably six foot three and 240 pounds? We don’t have answers to the first two questions, but we’re pretty sure the answer to the last one is “no.”

Here’s what you can take away from the ad: Lotus has a new Exige S for 2012, but it isn’t powered by a boxer engine. It is powered by a 3.5-liter V-6, mounted amidships, which sends its 345 horsepower to the rear wheels. Like all things Lotus (for now, at least), the Exige S is designed to be lightweight and to offer superior handling. As the YouTube video below (found on Autoblog) demonstrates, it’s perfectly capable of cranking out donuts and tire smoke all day long.

We understand the car, but the video just leaves us scratching our heads. To quote Shakespeare, “more matter and less art,” please.