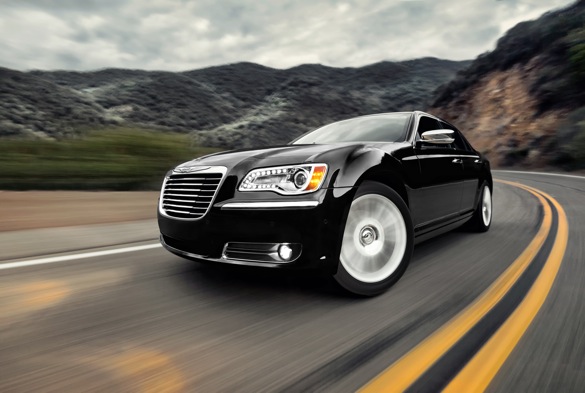 Ford claims in radio spots that the mid-size Fusion is an American car, yet it’s built in Mexico with Mexican labor. That will partially change in the near future, as Ford moves some of its Fusion production to Flat Rock, Michigan, where the car will be built alongside the Mustang. The bulk of Ford Fusion product will still come out of Ford’s plant in Hermosillo, Sonora, Mexico, which should preclude Ford from waving the flag behind this particular model.

It gets worse for Chrysler. As both Automotive News (subscription required) and Left Lane News point out, the “Imported From Detroit” Chrysler 300 is built in Brampton, Ontario, Canada, and uses an engine built in Mexico. That may be good enough for NAFTA, but it hardly qualifies the car as an American-made product.

Ford hasn’t commented on the complaint and Chrysler says it’s without merit. Per Michael Palese, Chrysler’s manager of legal communications, “Chrysler Group will continue to pursue all avenues to protect our “Imported From Detroit.”

Made in the USA Foundation also charges both automakers with removing the country of origin label from car windows at auto shows. This information can be found on the window sticker, which automakers often remove from vehicles displayed at car shows to prompt dialogue with in-booth personnel.

As Chrysler’s Palese points out, there’s nothing illegal about this. The American Automobile Labeling Act requires country of origin information to be displayed on vehicles distributed for sale, and not on those shown at auto shows.

The bottom line? If you really want to buy an American-made product, do your homework before you sign on the dotted line.