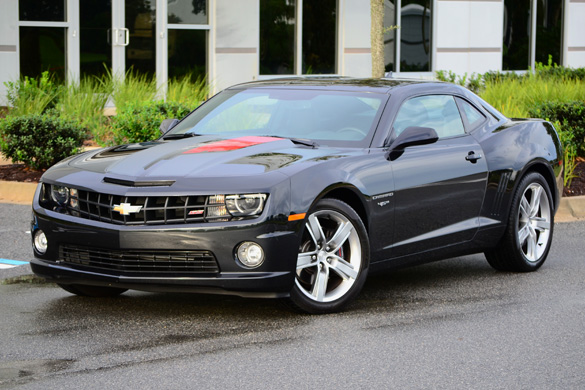 45 years ago Chevrolet introduced the iconic Camaro pony car. Since then, other American muscle cars such as the Ford Mustang, introduced a few years before the Camaro, continued an American heritage for the pony car. For 2012 the all-new Camaro 45th Anniversary edition commemorates a long line of Camaro’s lineage with 2LT and 2SS trims available in coupe or convertible flavors.

I had the chance to review the all-new 2012 Camaro SS 45th Anniversary edition packing in Camaro’s 426 horsepower V8 engine mated to a 6-speed manual transmission. In this configuration, my Camaro 45th anniversary edition test vehicle is essentially a Camaro with the 2SS trim package but with a few distinctive characteristics to celebrate a 45-year milestone. 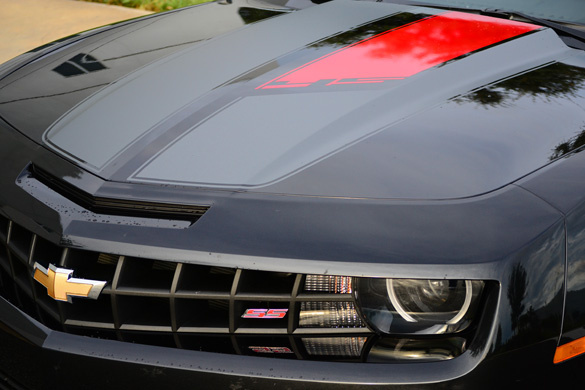 The interior of the new 2012 Camaro receives a revised instrument panel and steering wheel. I give Chevrolet praise for axing the deep-dish ‘robot-man hands’ steering wheel from 2010 to 2011 model Camaro’s. The new steering wheel is a good design borrowed from other GM vehicles with some added padding in the right spot for more of a sports car feel. Unique to the 45th Anniversary edition Camaro on the inside are sport seats embroidered with a 45th Anniversary logo in addition to 45th emblems placed on the passenger side dash and steering wheel. General Motor’s heads-up display, part of the 45th Anniversary’s 2SS trimmed options list, provides a customizable green readout on the windshield allowing the driver to keep his/her eyes on the road. 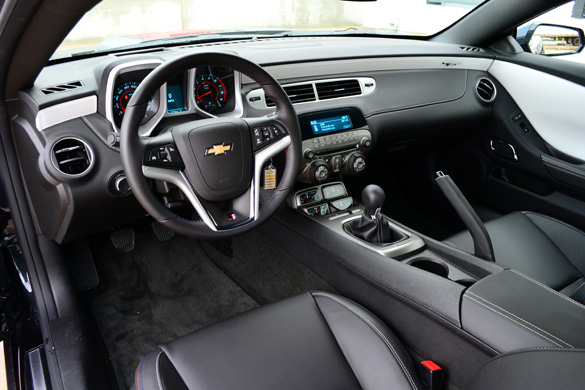 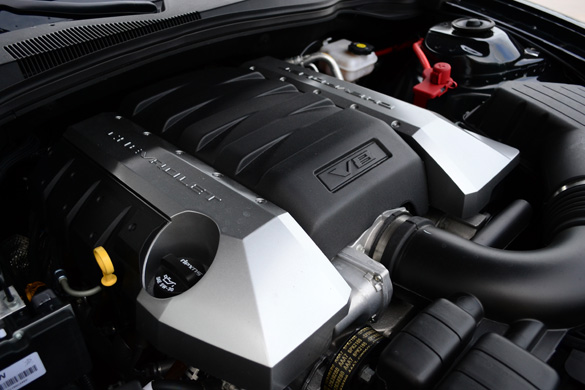 The new 2012 Camaro SS is a powerful machine that demands your attention when fully applying your right foot to the gas pedal. The standard 6-speed manual transmission takes some skill to master rowing the gears when you are pushing the Camaro’s 6.2-liter 426 horsepower and 420 ft. lbs. of torque V8 engine to its limit. The snarling grow from the exhaust of the Camaro SS can become addictive. I found myself downshifting to 2nd gear more than necessary just to hear the V8’s burble through the dual exhaust pipes. Lighting up the rear tires is a synch with the drop of the clutch while the improved suspension dynamics combined with the competitive mode stability control keeps things in line on curvy roads.

Fuel efficiency has been improved on the new 2012 Camaro V6 while the big V8 continues to get 16mpg city and 24mpg highway. Opting for the V6 will better those figures getting you as many as 28mpg on the highway and 17mpg city. 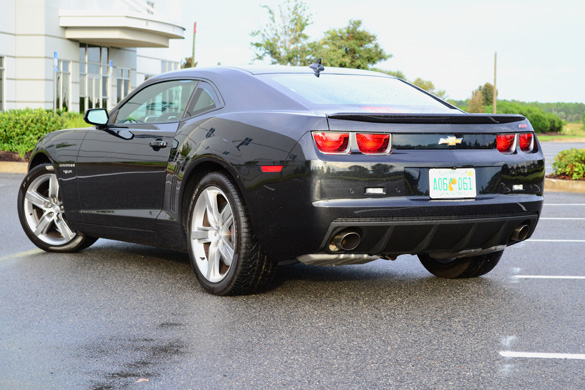 The new 2012 Camaro is undeniably a big pony car, tipping the scale at 3,890 pounds, but manages to handle itself like any car weighing 300 to 400 pounds less. The rear suspension tends to have an unwanted abrupt rebound to the dampers more noticeable on bumpy roads.

Acceleration comes in at a quick 4.9 seconds to 60 mph. The large Brembo brakes on the SS model bite down hard bringing the pony car to a stop from 60 mph in an excellent 111 feet.

Although it did not take Chevrolet 45 years to master the performance of the Camaro, 2012 brings about even more enhancements in the performance field for the V6 version of the Camaro getting a total of 323 horsepower (up 10hp from last year). As you can guess, opting for the big V8 engine is a sure way to please the most demanding enthusiast but the V6 model wont disappoint the average driver.

Comfort, style, and performance, it is what the iconic Camaro has embarked on for upwards of 45 years now. Being one of the top contenders in the book of American muscle cars, the Camaro still has a lot of life left even after 45 years. Not to mention, there are some excellent sights on the horizon in the form of a Camaro ZL1 packing 580 horsepower. 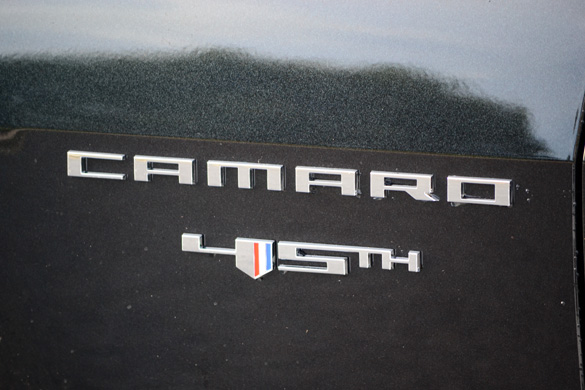 Still, the Camaro defines many pony car generations offering several flavors for light-weight enthusiasts and the track-focused junkie. The all-new 2012 Camaro 45th Anniversary edition is an excellent way to celebrate 45-years and the many good things to come out of the iconic pony car.