Like Yellow? Dodge Has Some New Muscle Cars For You 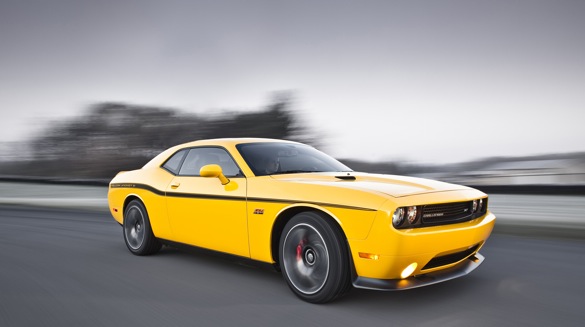 If taxi-cab yellow is your idea of subtle, and if 470 horsepower from a 6.4-liter Hemi V-8 sounds sensible, Dodge has your ride in either coupe of sedan flavor. Launching at next week’s Los Angeles Auto Show, the Dodge Challenger SRT8 392 Yellow Jacket and the Dodge Charger SRT8 Super Bee both tip their hat to classic Mopars of the past. Neither car gets anything in the way of performance upgrades, but we’re fine with that since the SRT8 models are so good to begin with.

Both models do get Stinger Yellow paint with Pitch Black accents, black body side striping and “Yellow Jacket” or “Super Bee” logos. Inside, the leather seats are trimmed in yellow, the seats get embroidered logos and silver stitching is used to add contrast. Expect yellow accents to add color to the interior as well. 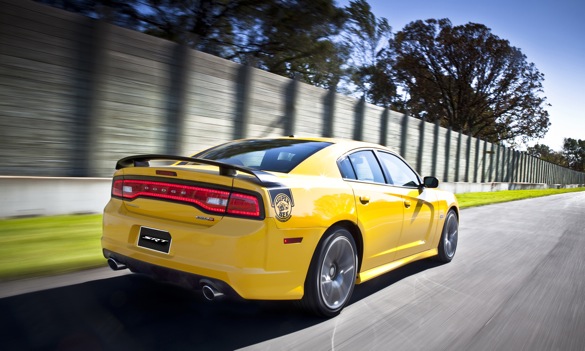 If you want a six speed manual, your only choice is the Challenger. If you’re happy with a five-speed automatic, both the Challenger and the Charger come with a paddle-shift equipped auto trans. Automatics also get cylinder deactivation, which yields a fuel economy of up to 23 mpg on the highway. Manual transmission Challengers get the same highway fuel economy rating, thanks to a tall sixth gear.

Expect both models to hit dealer showrooms in the first quarter of 2012. Dodge is calling them “limited editions,” but it isn’t clear how many it plans to build or what price the cars will sell at. Look for more information following the L.A. Auto Show.