Lust-Worthy Cars In The Canyons Of Southern California 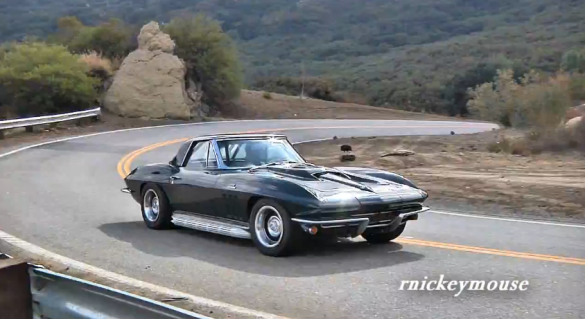 Why yes, that is a big-block Corvette... Image: RNickeymouse

Southern California is the center of the collector / exotic car universe, and nowhere is that more evident than the canyons of Mulholland Highway, near Malibu, California. YouTube poster RNickeymouse makes a living by filming motorcycle riders in some of the better corners, then selling them the footage and stills. Occasionally, he captures a few cars worth noting, too, like the ones in the video below.

If you’ve got a keen eye, you’ll spot Jay Leno (twice, in fact), and the list of cars captured is pretty impressive. There’s a Ferrari 599 GTO, a McLaren MP4-12C, a prototype Audi eTron Spyder, a few Ariel Atoms, a Caterham 7, a Bugatti Type 57 SC and even what looks to be an original Shelby Cobra. If idiots crossing double-yellow lines mid-corner raise your blood pressure, there’s some sweet justice in the middle of the video, too.