California To ‘Require’ Sales Of Electric And Plug-In-Hybrid Vehicles 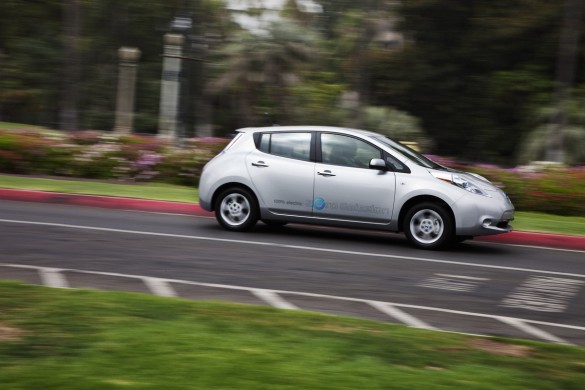 Just when you thought that legislators in the Golden State had come to their senses, something happens to reaffirm our opinion that California may be the least-car-enthusiast-friendly state in the country. After showing some degree of sanity by agreeing to adopt the proposed EPA mileage standard of 54.5 mpg by 2025, California has announced that, by 2025, a minimum of 15.4 percent of sales must be of electric, plug-in-hybrid or hydrogen powered vehicles.

Do we need to tell you that legislation requiring manufacturers to sell X percent of green cars is absurd, akin to requiring grocery stores to sell 15.4 percent of food from the produce aisle? While the penalties for non-compliance aren’t clear (yet), automakers can’t dictate whether or not customers will buy a “green” vehicle over a more conventional one. Sure, they can influence this via marketing, but at the showroom level it’s always the consumer who has the final say, unless, of course, the freedom of choice element is removed.

As Autoblog and Automotive News (subscription required) report, some ten additional states (including New York and New Jersey) will likely follow California’s lead, requiring automakers to significantly ramp up sales of green vehicles. Automakers, oddly enough, back the plan, but with good reason – by mandating sales of electric and plug-in-hybrid vehicles, manufacturers get an artificially inflated market to sell into.