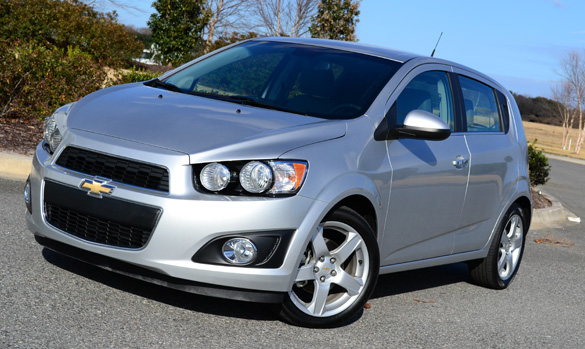 For years Chevrolet played the small car game, but their cards were often coming up short when vetted against the over-seas competition. This year, Chevrolet introduces the 2012 Sonic.  An all-new small car from the ground up that is poised to compete worldwide.

The all-new 2012 Chevrolet Sonic brings the subcompact segment back home for General Motors in a way that reaches across the pond. The 2012 Chevy Sonic is essentially a replacement for the ill-fated Daewoo-breed Chevy Aveo. Without even driving the Sonic, at first glace, I can say with a certainty that the Sonic will be a much needed improvement. 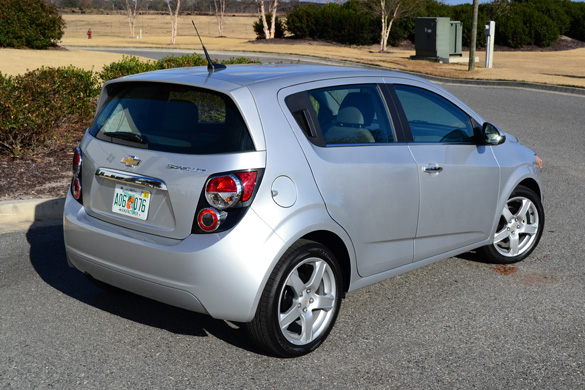 As a world market competitor, the new Chevy Sonic will have no problems keeping up with the competition. The new Chevy Sonic gets a choice of two fuel-efficient yet peppy 4-cylinder engines. My 2012 Sonic LTZ was equipped with a 1.8-liter 138 horsepower and 125 lb-ft of torque engine, same as found in the base Chevy Cruze. A 1.4-liter turbocharged 4-cylinder engine is available on two out of six specific trim levels (1LT, 1LZ) for the Sonic with a late availability. With the 1.8-liter 4-cylinder Ecotec engine mated to a 6-speed automatic, I was able to muster out a solid 33 mpg on the highway and 26 mpg in the city. 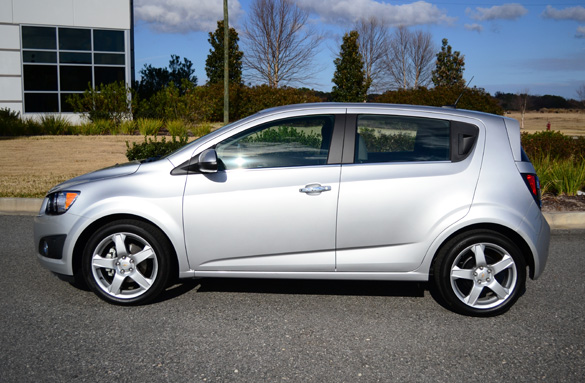 For a subcompact vehicle the Chevy Sonic has many trim levels, six total. Quite possibly Chevrolet’s explanation for this is giving consumers plenty of personalization options. Sure, a subcompact hatchback should have a wide array of trim levels and configuration options. The 2012 Chevy Sonic does not disappoint providing a long list of options including my (LTZ) 2LT trim level test vehicle’s heated ‘leatherette’ seats, Bluetooth connectivity w/ streaming audio, remote vehicle start, and front fog lights. This list is not abundant by any means. This is after-all, a subcompact vehicle. 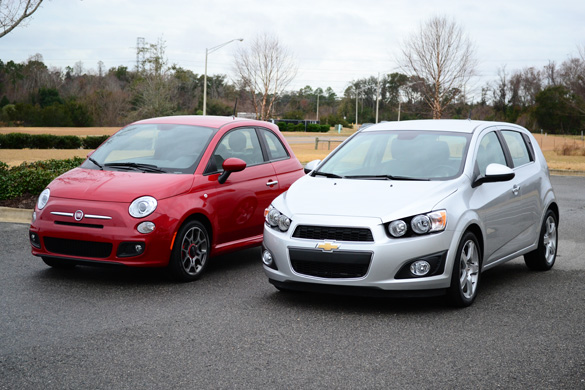 When I think of a subcompact vehicle, I tend to think of something like the Fiat 500 I had a couple weeks ago. The Chevy Sonic is rather large for a subcompact, which is a good thing considering how well I can fit my 6-feet 3-inch frame into the driver’s seat. Interior volume on the Sonic rivals that of a compact vehicle. The rear seating area is also decent for a vehicle classified as “small”. The place where space may be considered somewhat compromised, is in the rear cargo hatch. Over-all, the interior of the Chevy Sonic is comfortable and refined, especially for its class.

At over 2,600 pounds, the new Chevy Sonic may be considered heavy for its class. Surprisingly, that does not upset its drivability. The new Sonic is still nimble enough to throw around corners and with the 1.8-liter engine mated to a competent 6-speed automatic transmission, the Sonic performs considerably well. Some of the Sonic’s performance attributes are due to its well-weighted steering along with its 17-inch wheels and tires. 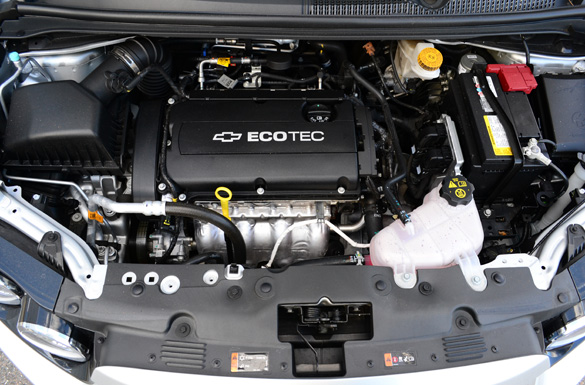 The all-new Chevy Sonic is gaining momentum in the aftermarket world. Having driven the new Sonic, I can conclude that it has an excellent foundation to build off of. This may be a special note to the 1.4-liter turbocharged engine option for the Sonic. Not to mention, the aggressive design of the Sonic will make it easier for aftermarket aesthetics to be pleasing to the eye of a critical enthusiast.

Outside of the new Chevy Sonic is an original design. The front headlights bulging from the front fascia make it one of the better looking Chevy designs. Even the larger front fog lights add a sporty style to the Sonic’s over-all appeal. The sheet metal lines across the hood and down the side blend well making the Sonic look sleek and daring. The rear end is probably my only quarrel with the Sonic’s design. It is almost as if Chevy needed to make a compact car into a subcompact so they just cut off the rear hatch area. 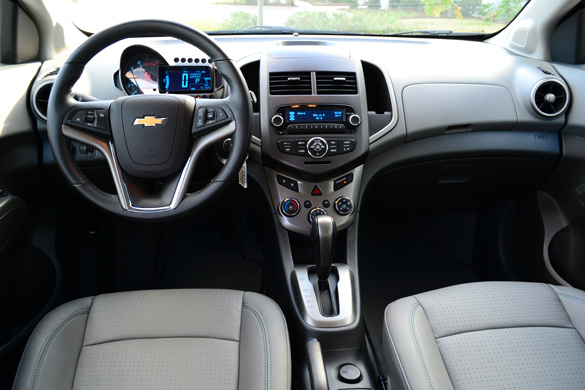 The new Chevy Sonic’s interior is familiar especially after having driven the Chevy Cruze just weeks ago. Where the Sonic changes things up is in the gauge cluster. The new cluster has a large rpm gauge with a digital LCD screen including the speedo and readouts for other pertinent vehicle information. The cluster is rather simplistic but works well to give the Sonic a performance perception. 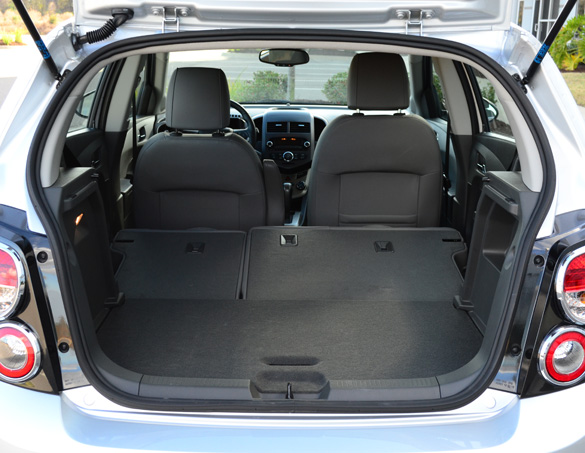 Over-all the all-new Chevy Sonic manages to exile those preconceived notions that Chevrolet’s subcompact cars are cheap. The Aveo, on the other hand, was a vehicle that may have helped tarnish a growing brand. Now that General Motors has taken the crown for the #1 seller in the world, vehicles like the Chevy Sonic will do wonders to keep them on top when it comes to fun, economical and cute small cars.

The new 2012 Chevrolet Sonic 5-door hatchback has a starting price of only $14,635 for the base model while my Sonic LTZ test vehicle came with an as-tested price of $19,255.