The Other Race You (Probably) Missed This Weekend: Video 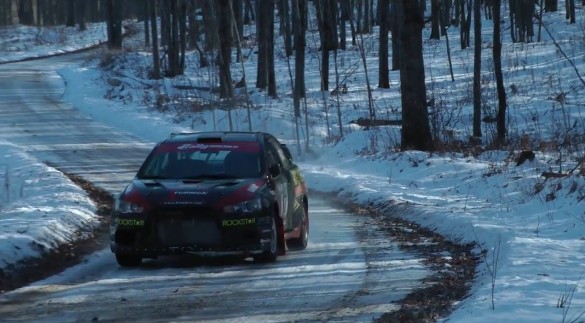 This weekend was the 50th anniversary running of the Rolex 24 at Daytona, and the race brought out an incredible assortment of talent to compete in both the Daytona Prototype and GT classes. It was a “who’s who” of international road racing, and Speed TV deserves credit for its non-stop coverage of the event.

There was another, lesser-known race over the weekend, which pitted both amateur and pro rally drivers against one another in some of the worst imaginable conditions. The Rally America series kicked off its 2012 season this weekend, with the 38th annual Sno*Drift rally in Atlanta, Michigan. Conditions were treacherous, with road surfaces ranging from gravel to glare ice. Since the Rally America series doesn’t allow studded snow tires, the race was more about smoothness and driving style than it was about horsepower.

David Higgins and co-driver Craig Drew took the win for Subaru Rally Team USA, followed by the Rockstar Energy team of Antoine L’Estage and Nathalie Richard. For the first time in series’ history, the event was streamed live over the Rally America website, and the series even used night vision cameras to capture the in-the-dark stages.

Next up is Missouri’s 100 Acre Wood rally on February 25 and 25th. If you’re interested in attending (or watching the live stream), head on over to the Rally America website for details.