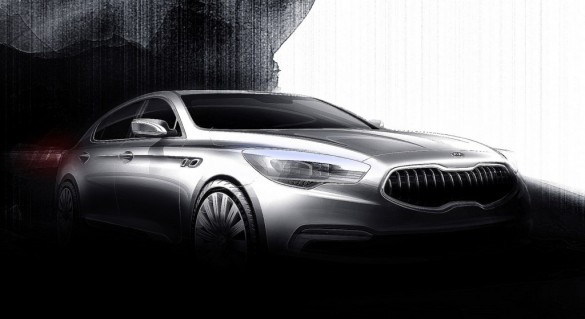 The Korean automaker Kia looks to enter the rear-wheel-drive luxury market with a new sedan code named KH. The KH will be Kia’s first rear-wheel-drive sedan when it goes on sale in the automaker’s domestic market during the first half of this year.

The 2013 KH is just a speculated entity as Kia released new teaser photos with minimal details. What we do know is the 2013 KH will be built off of the Hyundai Equus luxury sedan’s platform. That means the Kia KH (previously thought to be the Kia K9), or whatever its name will be once officially introduced, is likely to be powered by a V8 engine mated to an 8-speed automatic transmission as in the Equus. 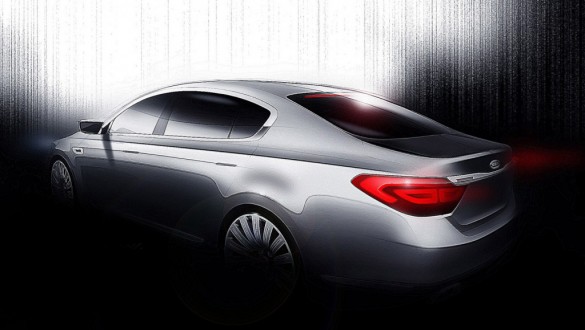 Over the years Kia has really changed their image for the better. Kia undoubtedly has some excellent vehicles for the American market remaining competitive against American and Asian brands. Seeing their first rear-wheel-drive luxury sedan on the streets would only help improve the brands image.

So far no word on whether Kia will bring the KH luxury sedan to our side of the pond. Launch plans have been kept quiet as markets for the KH are evaluated. A Kia luxury sedan would not be much of a surprise knowing how Kia has operated in the past with a synergized but undercover relationship with Hyundai.